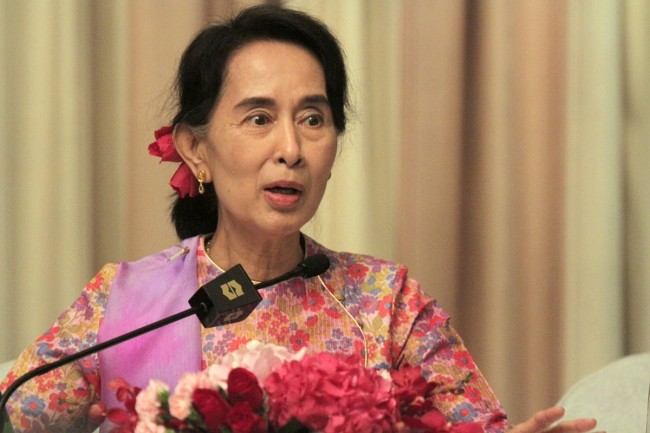 In an interview with Press TV, Massoud Shadjareh, the head of Islamic Human Rights Commission, has spoken about a decision by Myanmar’s parliament to elect a close aide and lifetime friend to the opposition leader Aung San Suu Kyi as the next president of the country.

Press TV: Are we seeing the dawn of a new era of politics for Myanmar?

Shadjareh: The reality is that we’re seeing almost the end of the power of the army to dominate the politics there, but I think are we going to see any change as regard as the Myanmar Muslims, I really doubt that.

Press TV: Can you explain that issue for us, more the issue of the Rohingya Muslims?

Shadjareh: Both the military and pro-democracy movements have been against recognizing the Myanmar Muslims as equal citizens and Aung San Suu Kyi herself when she was asked regarding Myanmar Muslims she actually said that they are not part of the society and they are external people and they are not citizens and I think the problem is that there seems to be a sort of bonding between the army and the pro-democracy and the Muslims are the sacrificial land for it and unfortunately what is happening is that their plight, their right, their equal citizenship is the price that has been paid for bonding these groups together and we really don’t see any move forward as regard as the justice regarding the Myanmar Muslims and their right to become equal citizens and be protected of such.

Press TV: You think maybe now that there is a lot of attention coming towards this new chapter for Myanmar coupled with its first civilian president in decades that there might be such chance that there will be changes to the situation of the Rohingya Muslims?

Shadjareh: Unfortunately from what we know of the past and the sort of rhetoric that has come out it doesn’t seem to be much hope but nevertheless I think we as a civil society internationally and the people in Myanmar are going to put pressure on this government to actually deliver what is right, what is just, what is internationally accepted as a way forward and justice to be served to Myanmar Muslims who have been suffering for very very long time and if indeed there is any legitimacy for the present government there has to be resolution to the Myanmar Muslims.