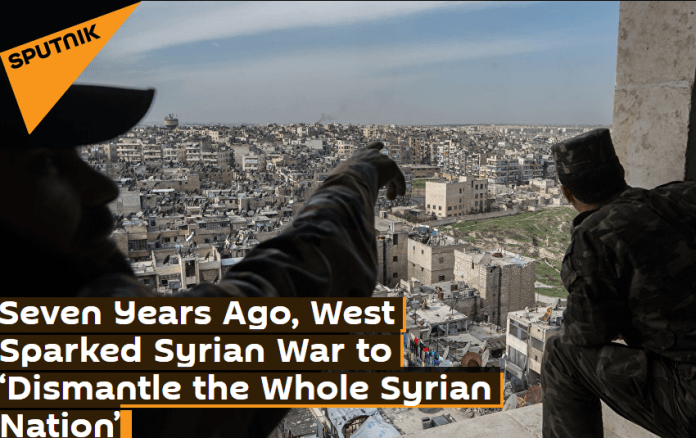 March 15, 2018, will mark the seventh anniversary of the outbreak of the Syrian Civil War, an ongoing conflict that has left hundreds of thousands dead and millions displaced, ravaging the country in the process. Even with the near-defeat of Daesh, the fighting continues in several areas.

Brian Becker and John Kiriakou, hosts of Radio Sputnik’s Loud & Clear, interviewed Jana Nakhal, a member of the Central Committee of the Lebanese Communist Party and an independent researcher who has just finished a tour of some of Syria’s active warzones, and Massoud Shadjareh, founder of the London-based nonprofit Islamic Human Rights Commission.

Becker opined that the Syrian Civil War was in fact started by the West when they destabilized the government of Libya in 2011. Shadjareh “completely agreed” with Becker’s assessment.

“I think this civil war was the tool to destroy and dismantle the whole Syrian nation,” he said. “Not just the buildings, not just people’s lives, not just the whole fabric of society, not just relationships between people, not just different factions of the community, but total destruction.”