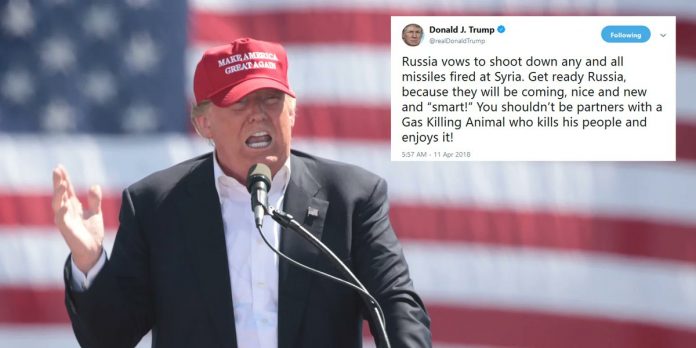 In an outrageous and provocative tweet this morning, President Trump warned Russia that it should get ready for missiles to be fired at Syria, adding that the missiles “will be nice and new and smart.” Trump also called Syrian President Bashar al-Assad “a gas killing animal.” Syria denied that it used chemical weapons and called the event a staged provocation designed to draw the US military into the conflict in a major way. Russia, which has troops in Syria, warned of severe repercussions.Meanwhile, the US, UK, and France have all prepositioned fighter jets in the eastern Mediterranean. Almost 15 years to the day when the US waged war against Iraq using chemical weapons and weapons of mass destruction as a false pretext—we appear to be on the verge of the next US war in another Middle Eastern country.