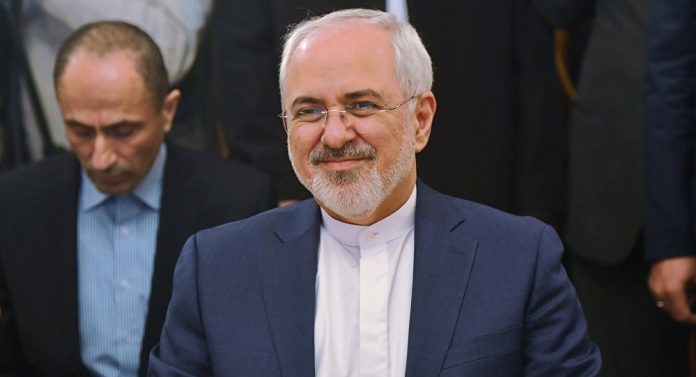 “We started the process, I believe we are on the right track, a lot depends on what we can do within the next few weeks… I believe it’s a good start. We’re not there, and we need to receive those guarantees” on the multilateral agreement, Zarif said on Tuesday following talks with EU leaders. Zarif met with the foreign ministers of France, Germany and the United Kingdom, and EU foreign policy chief Federica Mogherini in the EU capital.

Zarif recently completed visits with his counterparts in Beijing and Moscow — other signatories to the 2015 deal — to ascertain whether it’s in Iran’s interest to keep up its end of the historic bargain that US President Donald Trump decided to dump, reapplying harsh economic sanctions against Tehran.

In a Tuesday tweet, Zarif reiterated that the meetings had been “constructive” and “positive.”

​On May 8, the foreign minister released a statement saying, “in response to US persistent violations & unlawful withdrawal from the nuclear deal, as instructed by President [Hassan] Rouhani, I’ll spearhead a diplomatic effort to examine whether remaining JCPOA participants can ensure its full benefits for Iran. Outcome will determine our response.”

Speaking with Radio Sputnik’s Loud & Clear, Massoud Shadjareh, founder of the Islamic Human Rights Commission, said it would be “bizarre” for the US to continue to remain outside the deal altogether. He pointed out that Trump’s reasons for ditching the deal never made sense to begin with, calling the move “mind-puzzling.”