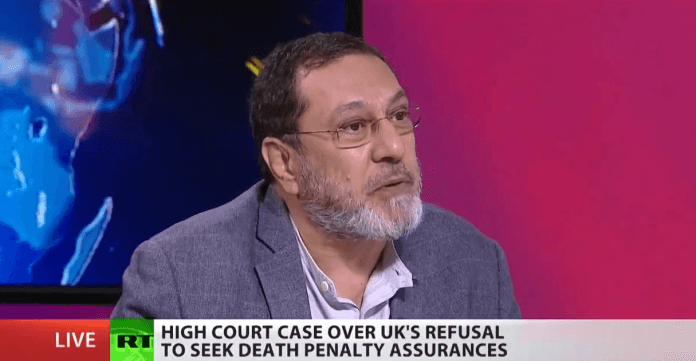 “Justice should not be prejudice by the crime, no matter how horrible they were” says Massoud Shadjareh who debates former head of National Counter Terrorism Security Office Chris Phillips about the High Court case over UK’s refusal to seek death penalty assurances.

The debate was held on Russia Today on 9 October 2018