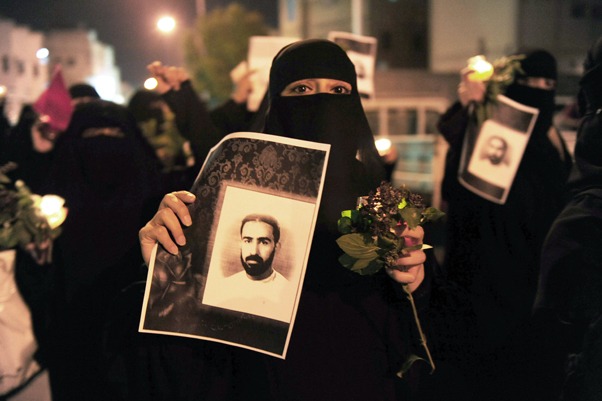 According to the IHRC, there are an estimated 30,000 political prisoners in Saudi Arabia out of approximately 18 million Saudi nationals. The report calls attention to the plight of these political prisoners over the last three decades with hopes that the Saudi government and international community will finally take notice.

Protests in Saudi Arabia have been ongoing for several months calling for political reform and the release of political prisoners. On Monday, these protests turned violent for the first time when Saudi security forces opened fired at demonstrators. Al-Alam reported that 24 people were injured in the clashes in Saudi’s oil-rich Eastern Province. The clashes took place in Qatif and al-Awamiyah, home to a largely Shia population. In an official statement, the Interior Ministry blamed a “foreign country” for the unrest, undoubtedly a veiled reference to Iran, adding that “those involved in sabotage will be dealt with an iron hand.”

In an al-Jazeera opinion piece entitled “Saudi political prisoners long for justice,” Hala al-Dosari detailed the case of one mother who appealed to the head of the Interior Ministry for the release of her son, Fahad al-Saeed, arrested nine years ago without trial or charges. The “articulate language and heart-breaking details ” of the plea garnered a shocking, first-time response from the government, but one that denied the arrest and detainment of al-Saeed.

The Independent newspaper reported that protests in the oil-rich kingdom are gaining momentum and are expected spread to more cities. A Facebook page entitled “Revolution of the Eastern Region” is among several opposition websites gaining popularity. What will the spread of protests mean for a country that has long punished political dissidents?