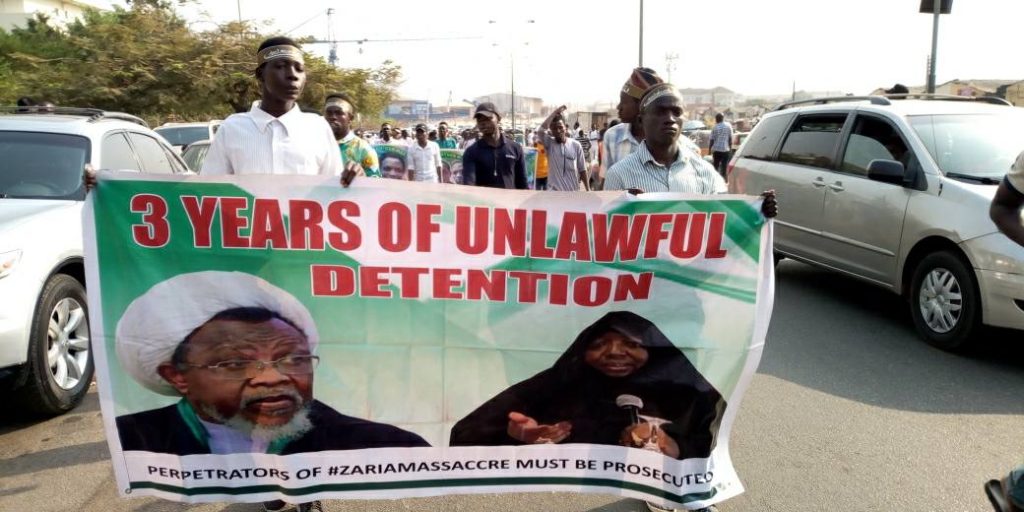 Since their detention the couple’s supporters have sought to provide them with necessary medical help. However, Nigerian authorities have consistently prevented the pair from accessing their own medical treatment and have repeatedly refused requests for them to fly abroad.

In January a judge presiding over the trial of Sheikh Zakzaky ordered that he should be allowed to receive medical treatment from doctors of his own choosing. IHRC had organised a medical team comprising foreign specialists to fly to Nigeria but so far their attempts to see the sheikh and his wife have been blocked.

Sheikh Zakzaky is currently on trial on trumped up charges relating to the 2015 massacre. Authorities accuse him of abetting the commission of culpable homicide by blocking roads in the city of Zaria in December 2015. In reality, the charges are designed to deflect government responsibility for a planned and systematic attack by soldiers which is now the subject of a preliminary investigation by the International Criminal Court.

If the doctors don’t get to see the imprisoned couple it will be the second time that a court order has been openly defied by the authorities. In 2016 a federal court ruled that the couples’ detention was unlawful and unconstitutional and ordered the government to release them by January 16, 2017 and pay compensation.