NIGERIA: Demand immediate access to medical attention and release for Zakzaky and other detainees 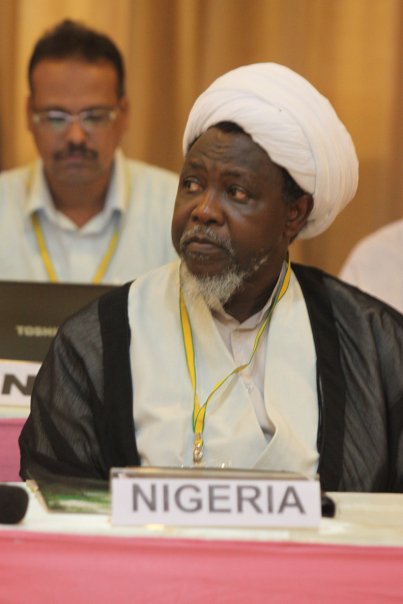 3. Names and Addresses of some ministries / ministers

Based on the latest information received (updated information at 12.30 GMT, 15 December 2015) Mu’allim el-Zakazky has not been given access to a doctor of his choosing. IHRC is concerned that neither he nor any of the many detainees who have been shot and injured, are receiving any or adequate medical attention. Campaigners are asked to contact their ministry of foreign affairs to ask a representative from the embassy in Nigeria to visit el-Zakzaky and the others, ensure they get immediate and adequate medical assistance and are released from army and police detention. Campaigners can find a specimen letter below.

For on-going updates on the situation, please visit this page.

Re: The massacre of members of Islamic Movement in Nigeria over the weekend; detention and denial of medical treatment by army of many others.

I hope this finds you well. I am emailing regarding the massacre of at least 1,000 members of Islamic Movement led by Mu’allim Ibrahim Zakzaky over the weekend in Zaria, Nigeria.

Sources indicate that Mu’allim Zakzaky, some of his family members and various other detainees who had been shot by the army during the violence, have been moved to military hospitals. I am concerned that even if they have been moved to military hospitals, they are not receiving any or adequate medical attention. A photograph in circulation, confirms the reports that we have that Mu’allim Zakzaky was shot. He also appears in this photo to be brutalised and shows signs of possibly being tortured. The Nigerian army has a reputation for illegally detaining political activists and perpetrating acts of torture on them.

We are kindly requesting that you send a representative through the High Commission / Embassy in Nigeria to see Mu’allim Zakzaky, his family and other detainees to assess their situation, to insist that they receive proper and immediate medical attention and that all are released. We also know there have been mass arrests and have received information that some people have been handed over to civilian police authorities. Furthermore, we believe your office should be demanding their release and that the British government should suspend all relations with Nigeria and suspend any contracts that exist between the two countries until there is a resolution for this issue.

3. Names and addressed of some ministers / ministries

Parliamentary Under Secretary of State at the Foreign and Commonwealth Office