Welcome to the Nigeria Digest. In this issue you will find an overview of the last week’s events, including details of the global demonstrations and social media campaigns marking the second anniversary of the Zaria Massacre and illegal detention of Sheikh Zakzaky.

This week we request campaigners to continue demanding your local MP’s to raise this issue in Parliament, demand the immediate release of the Sheikh and all those unjustly imprisoned, and justice for the victims of Zaria massacre.

Please Click here to read IHRC report to ICC for factual information and crimes committed by the Nigerian Army, it is based on eyewitness accounts and other supporting materials.

Action Alert:Demand your local MP to raise this issue in Parliament

1. Write to your local MP and demand to raise this issue in Parliament. A model letter is provided below.

2. If you receive a response please forward it to IHRC atinfo@ihrc.org

I am writing to you to raise this issue in Parliament to demand justice for Zaria Massacre, immediate release of Sheikh Zakzaky and halt the continuing persecution of the Islamic Movement of Nigeria (IMN).

In addition to the massacres of December 2015, and the hundreds of detentions without charge, or arrests and sentences based on trumped up charges, Sheikh Ibrahim El-Zakzaky the movement’s leader and Mallimah Zeenah remain imprisoned without charge despite a court order demanding their release from December 2016.

[Your signature if posting / scanning / faxing]

The global Free Zakzaky team, in coordination with Universal Justice Network, organised worldwide protests and a Twitter storm to mark second anniversary of the Zaria massacre and illegal detention of Sheikh Zakzaky and IMN members. Campaigners from around the world, including Nigeria, UK, India, Pakistan, Malaysia, Indonesia, and Iran joined the campaign to demand justice for those detained and killed in the Zaria Massacre two years ago, during 12-14 December 2015.

A phenomenal Twitter storm on 12th of December, 2017 marked the second year anniversary of the Zaria massacre carried out by the brutal government of Muhammadu Buhari against the Islamic Movement in Nigeria. #FreeZakzaky started trending at 3pm GMT on 12th December and this lasted for over 24 hours. 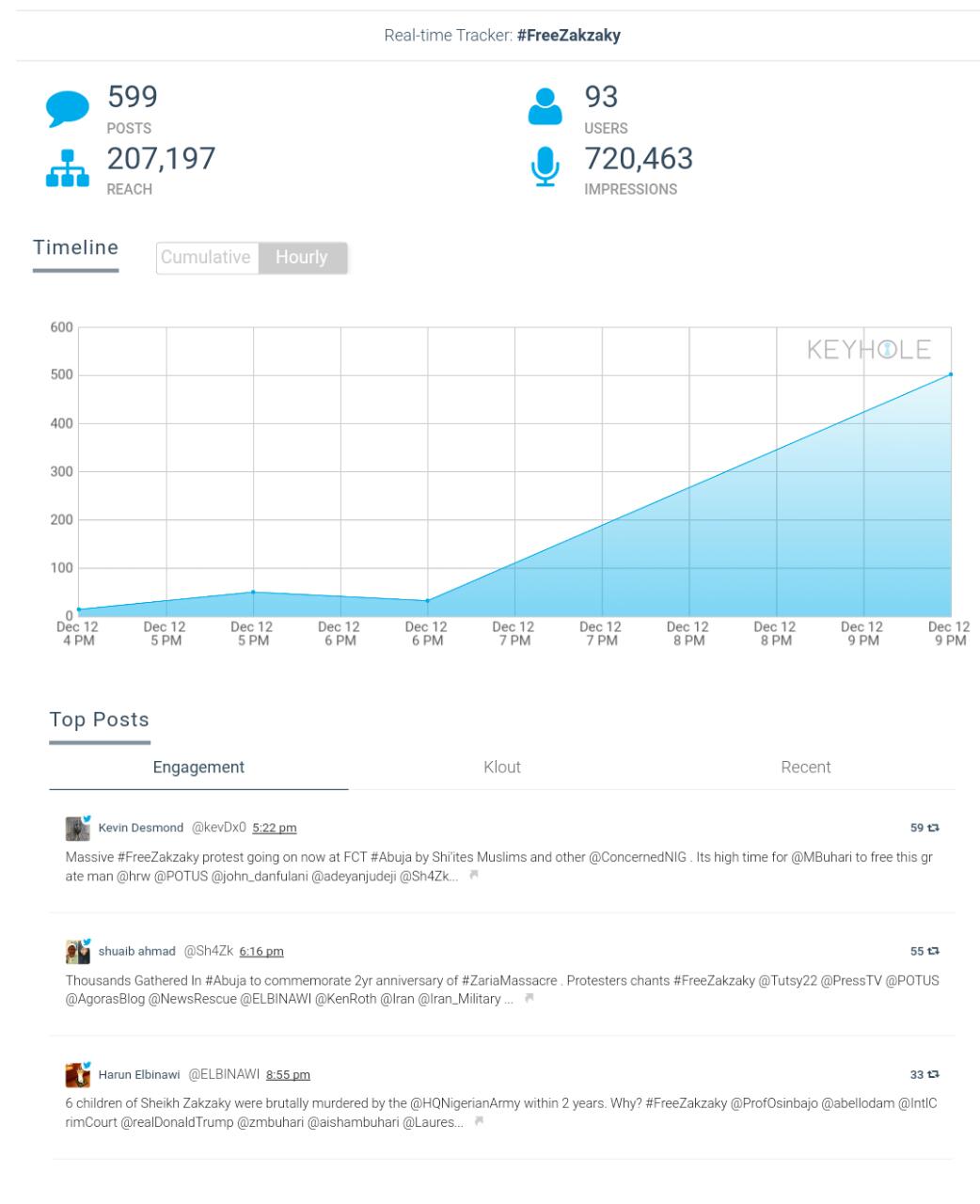 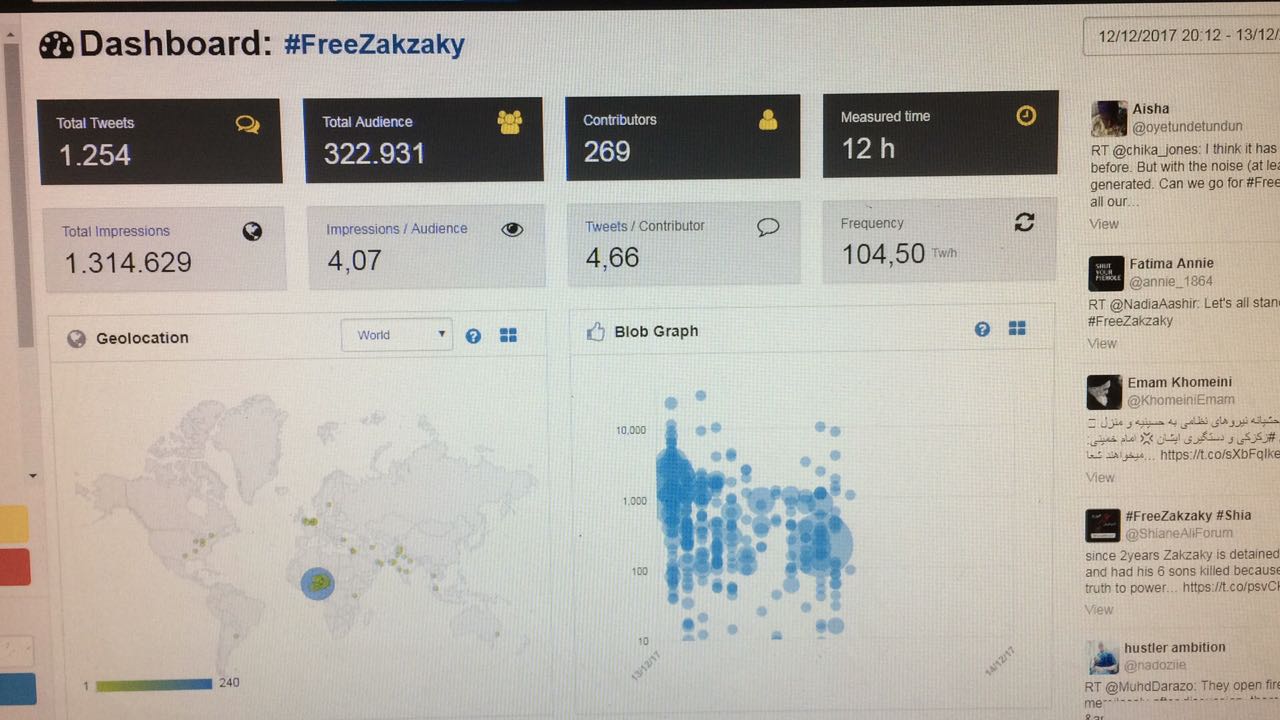 Thousands of people took to street in Abuja marking the Dec 12-15, 2015 Zaria Massacre. The protest was attended by Muslims brothers and sisters, Civil Society Organisations, Human Right activists and the general public.

Watch following video how the Nigerian Police shamelessly physically blocked the road to prevent the protesters from reaching the National Assembly complex. 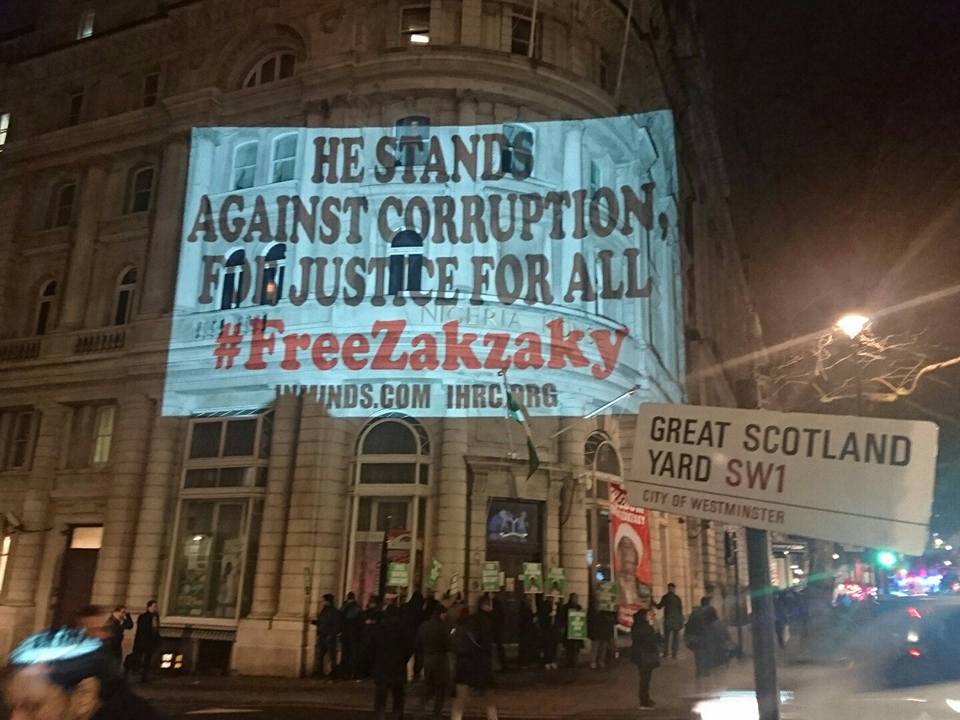 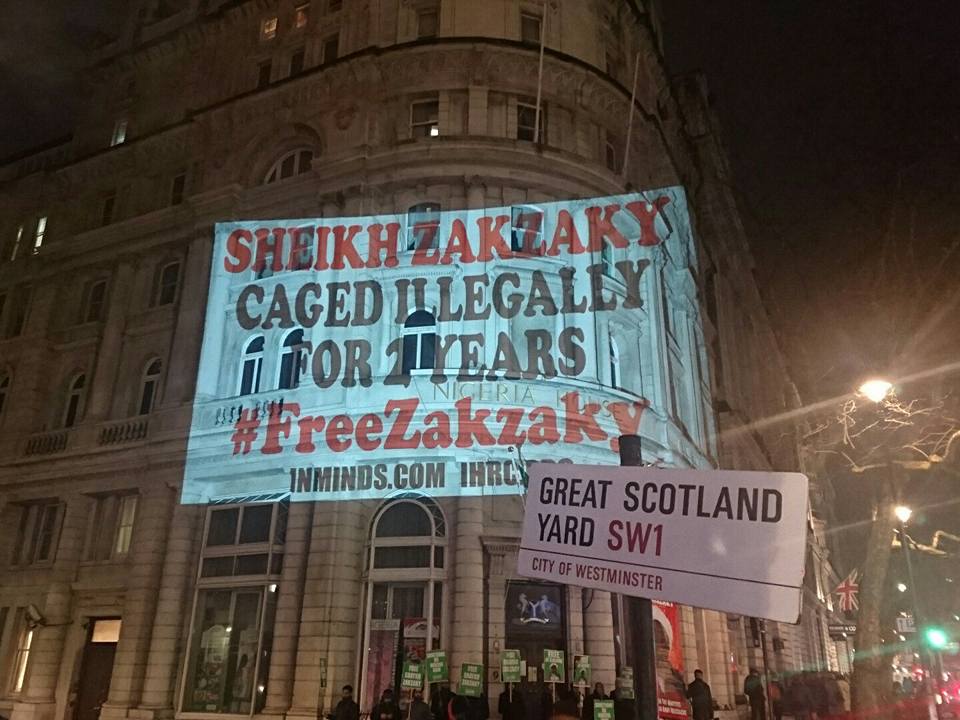 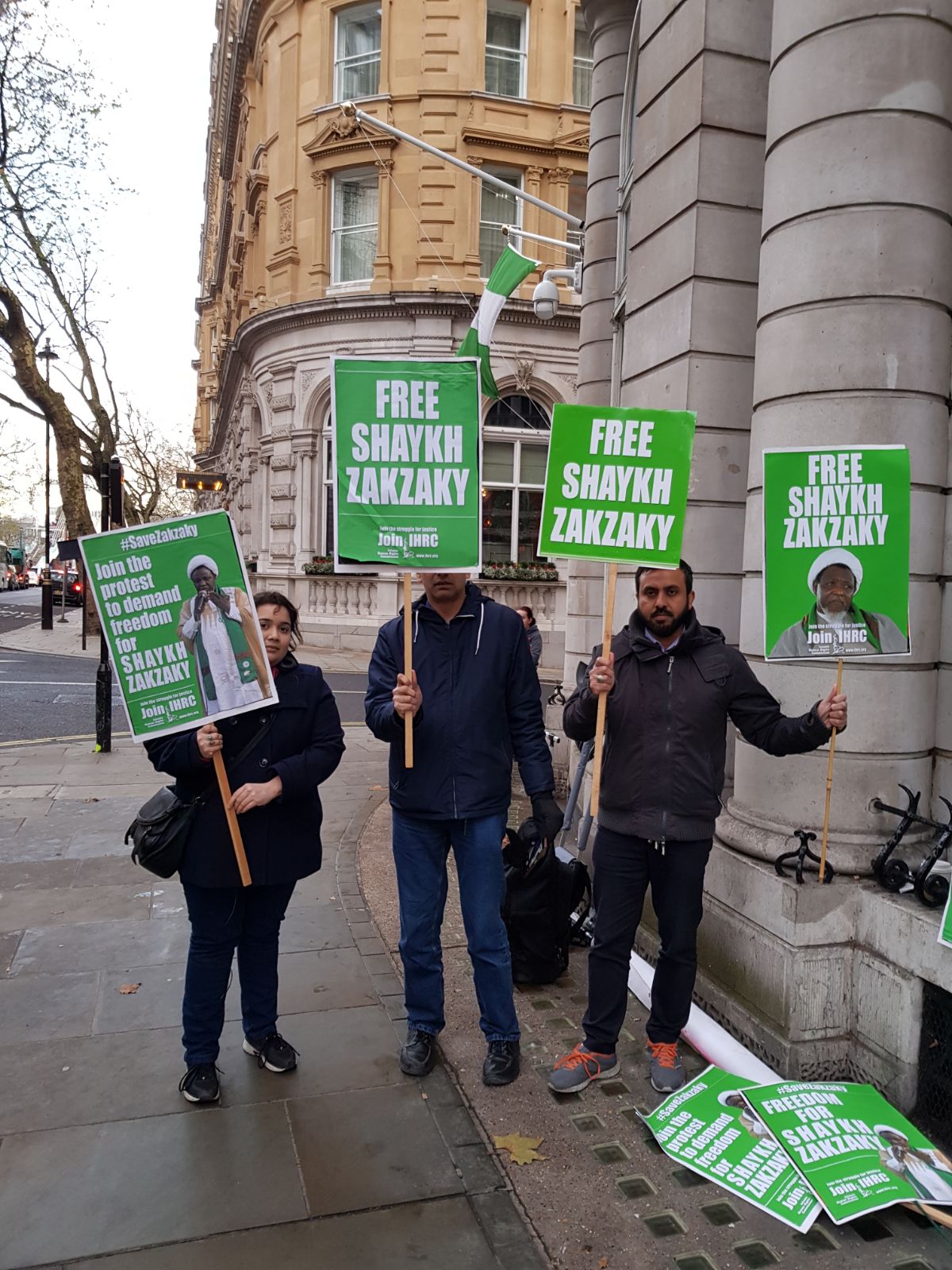 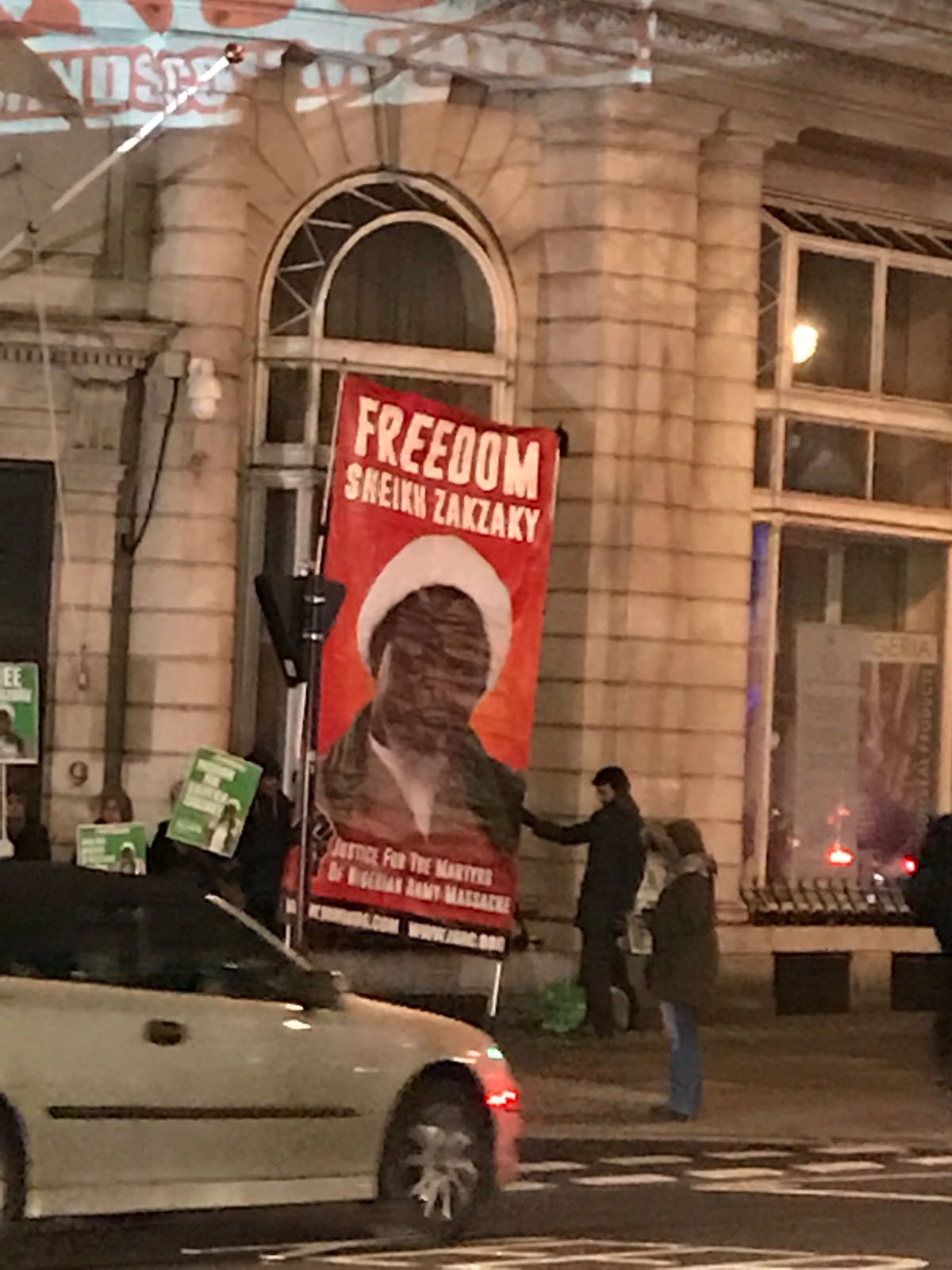 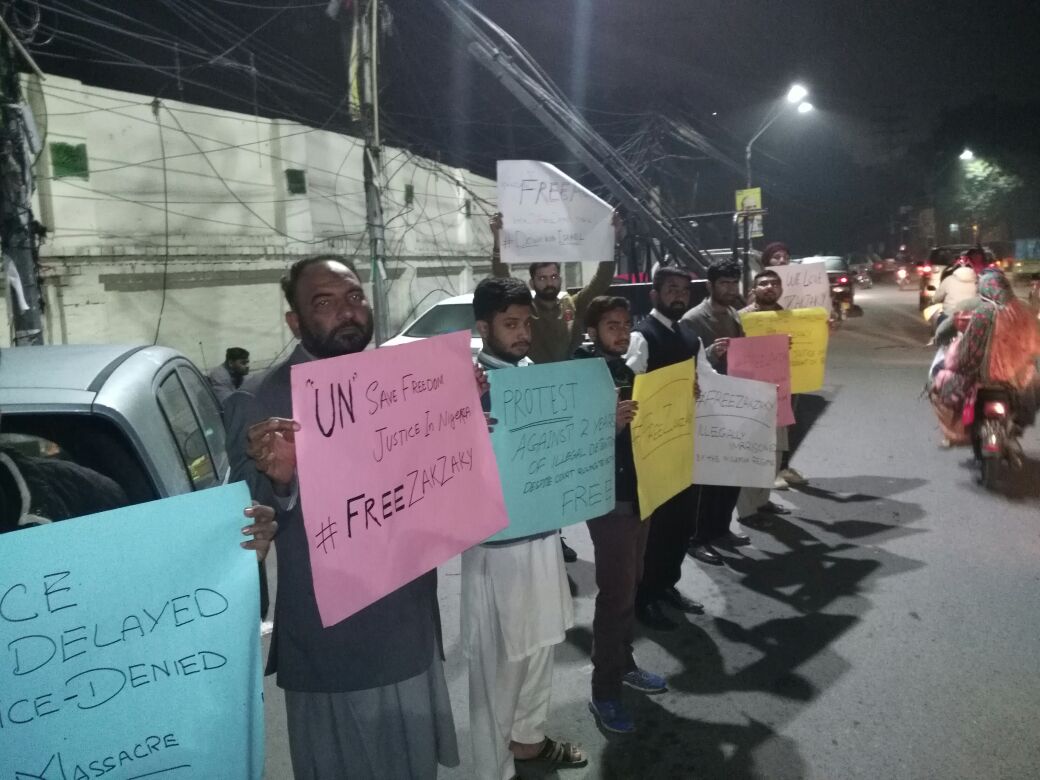 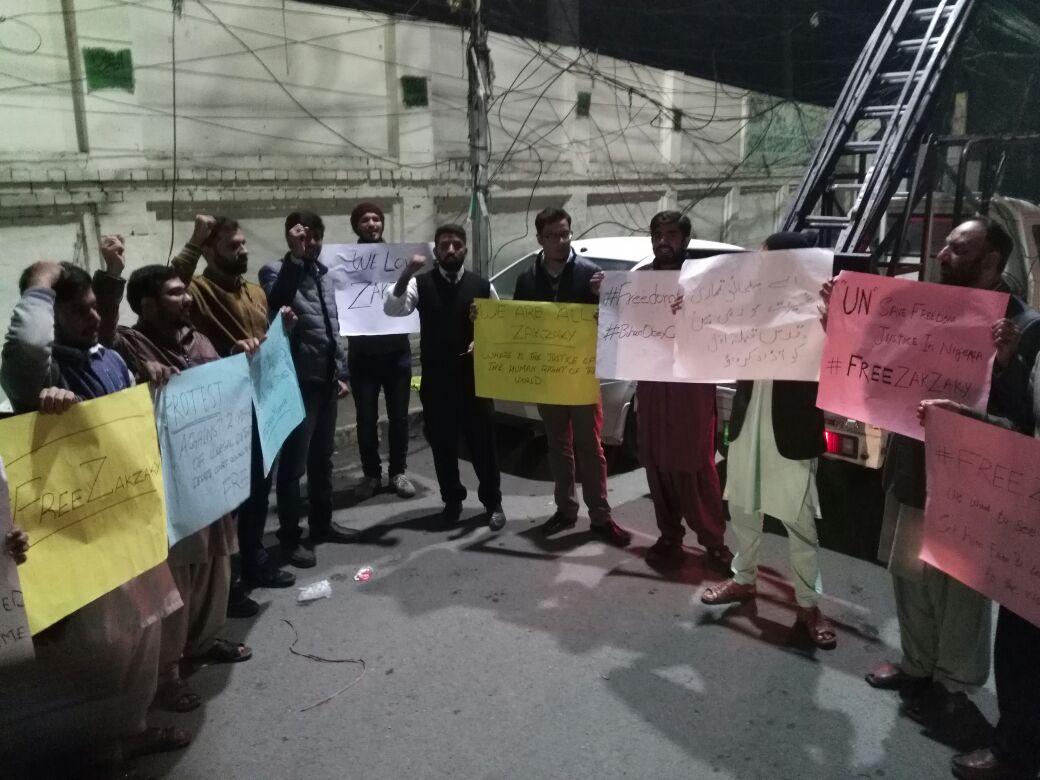 #FreeZakzaki Campaigners in Iran sign 100 meter Cloth
14th December 2017
In solidarity with global Free Zakzaky campaign and to commemorate 2nd anniversary of Zaria massacre a conference and a campaign to sign 100 meter cloth was organised by Ummah group in Tehran. Speakers included The daughter of martyr Tori from Nigeria who was the successor of Sheykh Zakzaki, Dr. Zahra Mostafavi (the daughter of imam khomeini), Ms Navab Safavi, Ayatollah Qumi, Dr.Amir Abdollahian, at the end a petition was signed by the guests on 100 meter cloth and it will be handed over to the Nigerian Embassy in Iran. 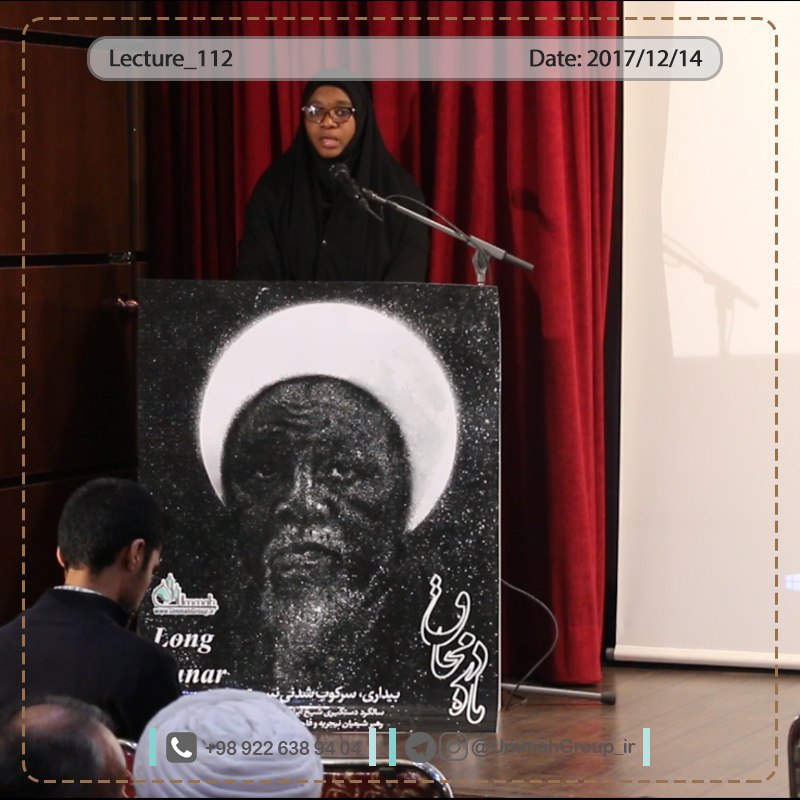 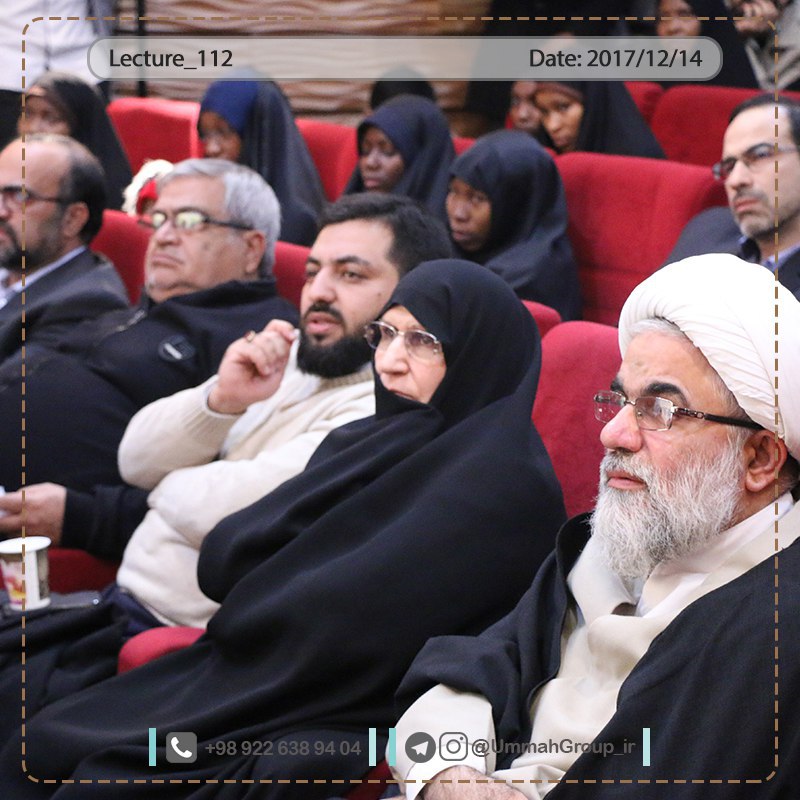 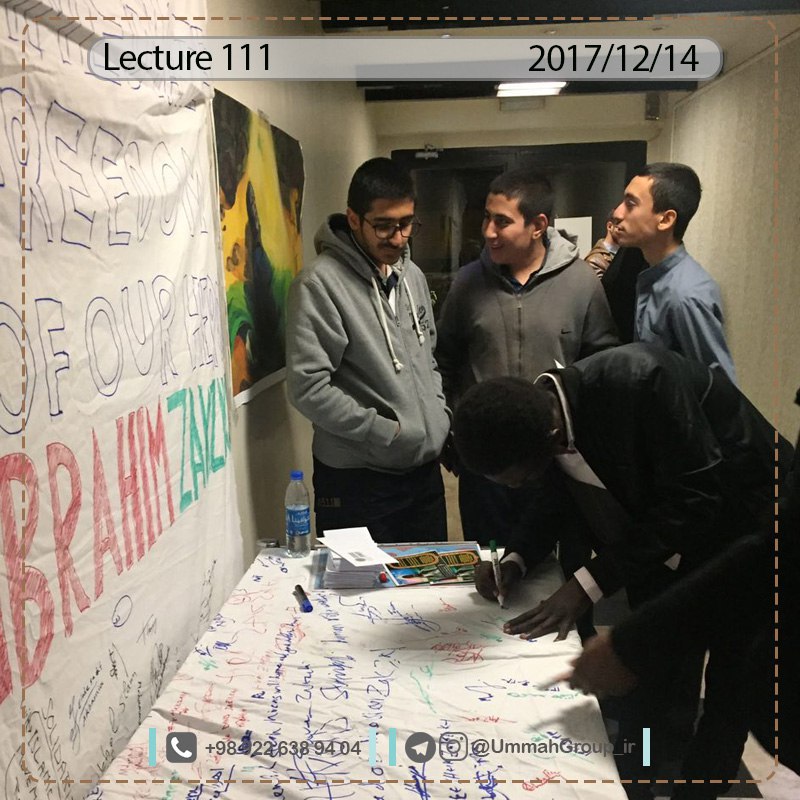 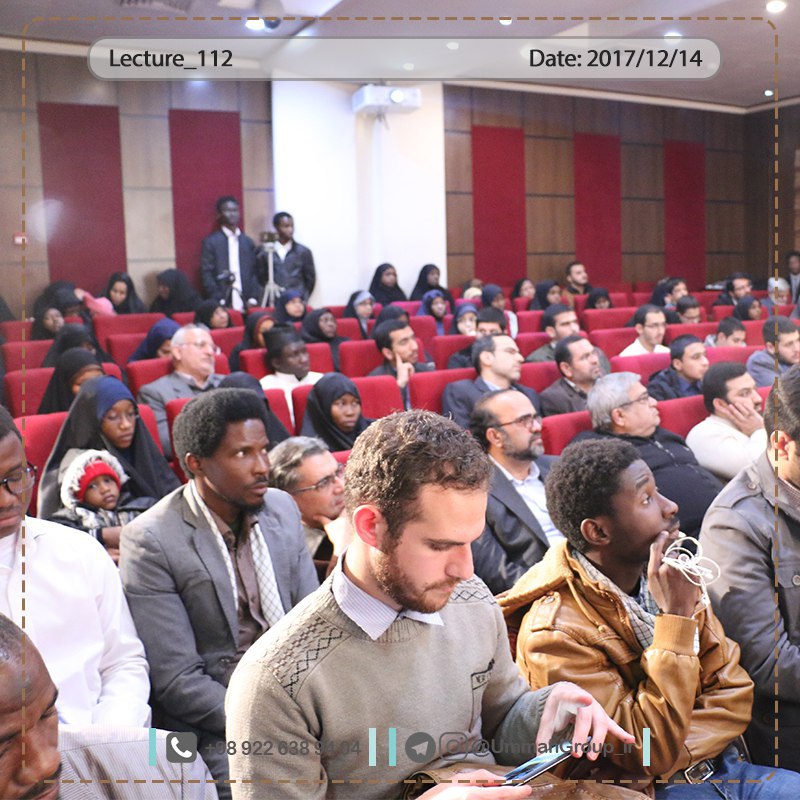 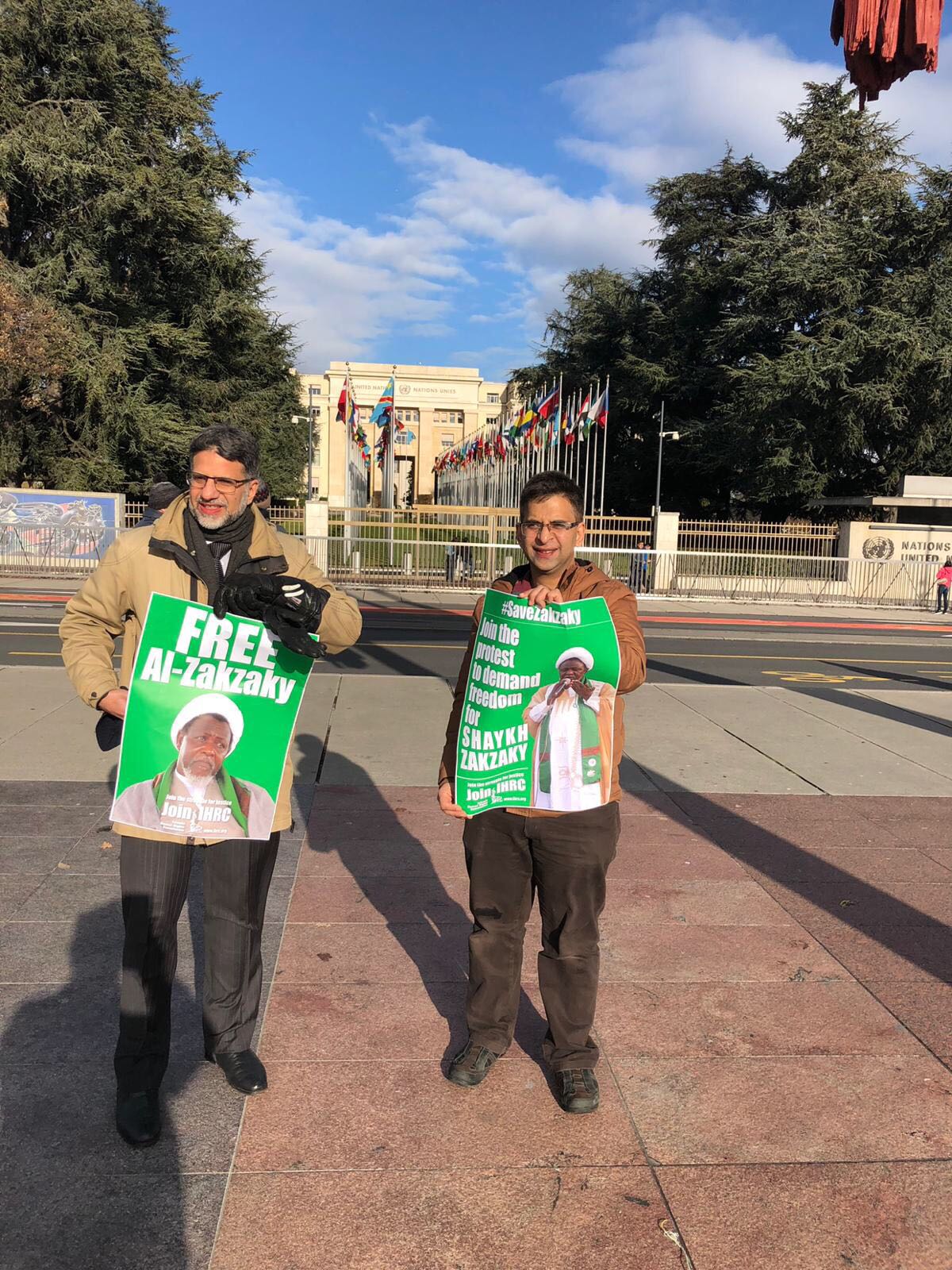 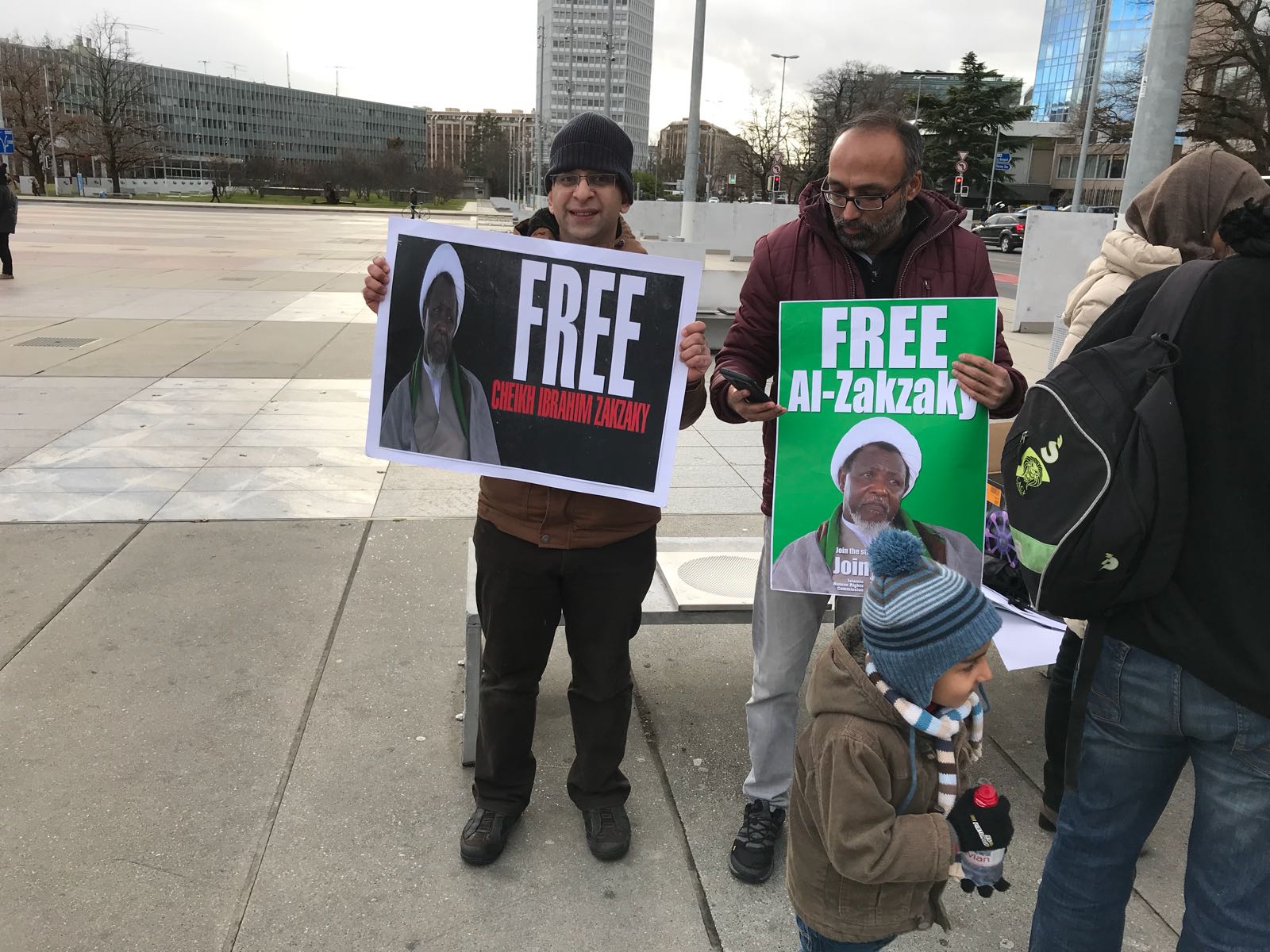 15 December 2017
#FreeZakzaky Campaigners in India showed love and solidarity with Sheikh Zakzaky and demanded justice for victims of Zaria. 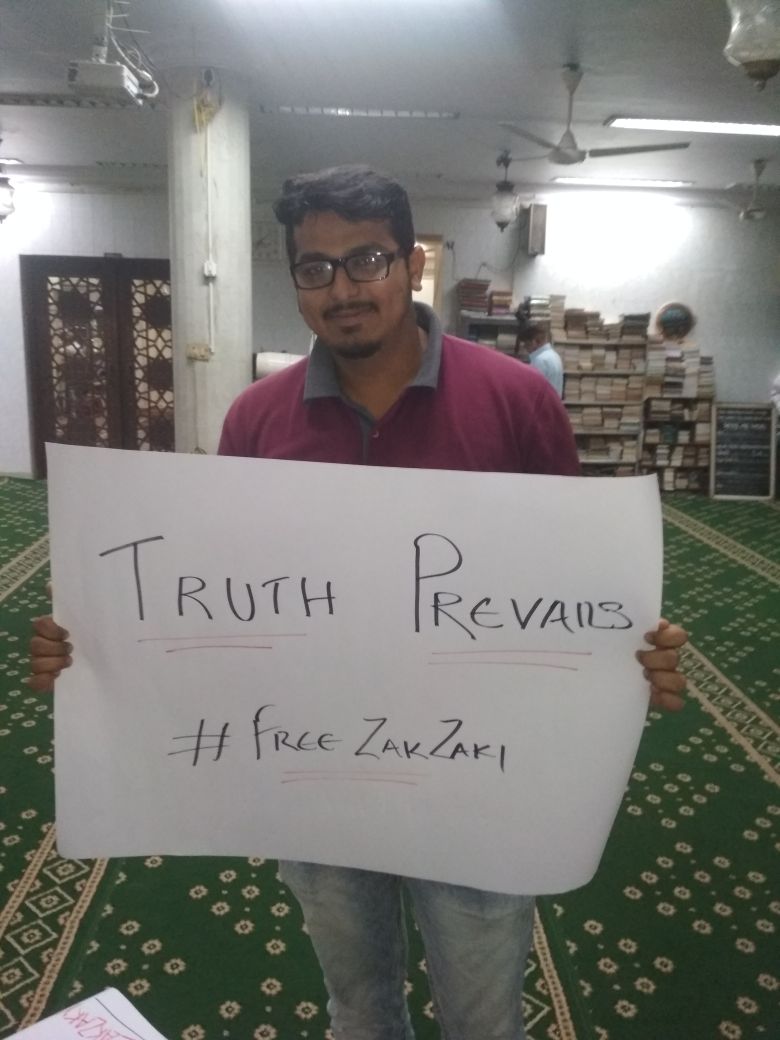 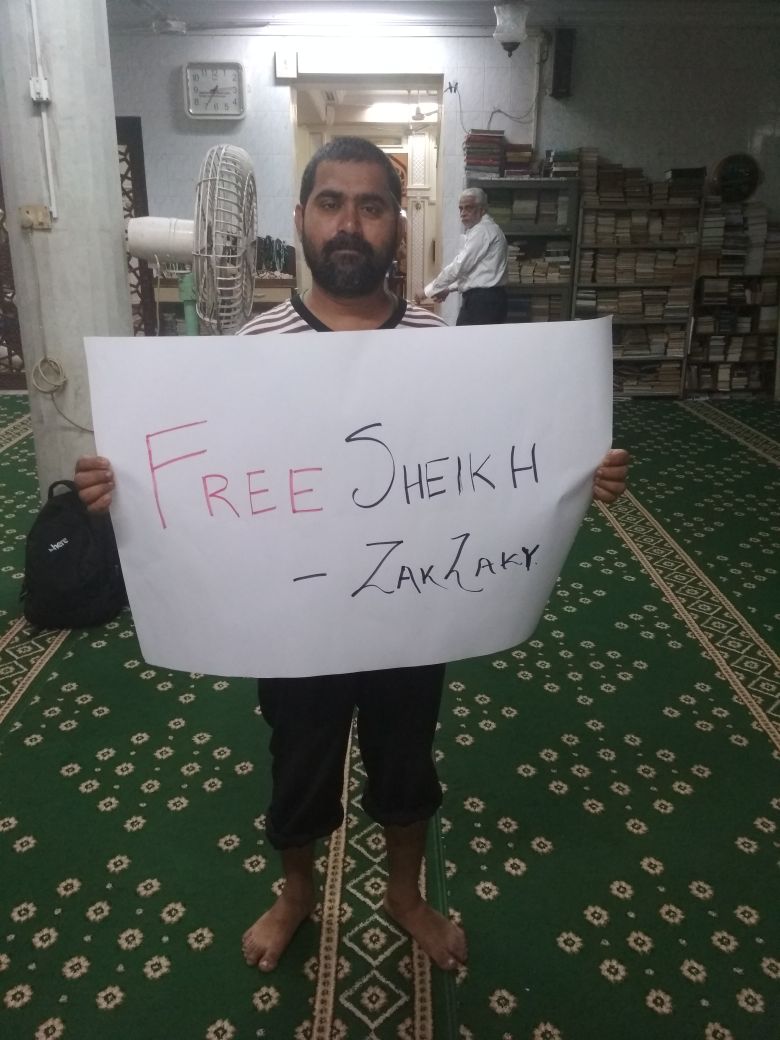 Nigeria’s failure to charge anyone two years after government troops killed more than 350 Shiite Muslims in a northern city is evidence of official tolerance for impunity, Amnesty International said.
“The Nigerian authorities’ failure to hold anyone to account for the killing of hundreds of women, men and children by soldiers in Zaria, shows the acceptance of a culture of impunity for violations of human rights in the country,” Osai Ojigho, Amnesty International’s Nigeria director, said Tuesday in an emailed statement. “A full independent forensic investigation into this crime under international law is long overdue.” Nigerian defense headquarters spokesman John Enenche didn’t answer two calls to his mobile phone…

Zaria Massacre Anniversary Documentary
13 December 2017
Last year this time, during the first year anniversary of the Zaria massacre, the Free Zakzaky Campaign Committee in conjunction with the Islamic Movement in Nigeria (IMN) produced an anniversary video documentary to mark the occasion. A year later, we present to you that video for a background to the ongoing persecution of the members of the IMN by the Buhari regime. Click here to watch the video

There was mild drama today at the premises of the National Human Rights Commission in Abuja when members of the Islamic Movement in Nigeria led a peaceful free Zakzaky procession to the Commission as part of the activities commemorating the second year since the brutal Zaria massacre by the Nigerian army against its members.

On arrival at the Human Rights complex however, nobody from the officials of the Commission was ready to receive the protesters, as all key officers of the Commission remained indoor, neglecting the mammoth crowd occupying the entire environs…

Letter from IMN to National Human Rights Commission
13 December 2017
“You are mute and You keep blind eye, even to rights abuses within perimeter of the Commission”. Letter written to the NHRC Abuja that they only reluctantly collected on the occasion of the second year of Zaria massacre and the continuing denials of our rights, read the full letter here

The UK High Commissioner in Nigeria, Mr. Paul Arkwright, has attracted a wide range of responses with his Twitter post on Zaria Massacre on the second year anniversary of the horrendous killings of unarmed citizens by fully armed Nigerian army…

The Islamic Movement in Nigeria, commemorated the second year since the horrendous attack in Zaria. The commemoration held in Abuja between the 12th and 14th December, 2017 and involved peaceful #FreeZakzaky processions over the three days, letter writings to the National Assembly and the National Human Rights Commission, engagement with the media, activists and the general public. Other activities peacefully conducted include advocacy visits to Embassies of foreign countries & Twitter storm.