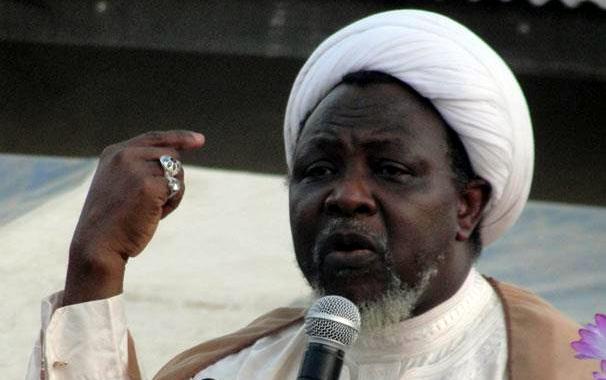 Sheikh Zakzaky was allowed to appear in front of a selected section of the media. A heavily edited video of his appearance was released in a bid to stop massive ongoing nationwide and global free Zakzaky protests.

We request campaigners to pray for Sheikh Zakzaky whose health is deteriorating and demand the Nigerian authorities to release him and his wife for urgent medical treatment abroad.

Please download the PDF if you need the call to be given in writing to your Jummah (Friday prayers) organiser.

Email videos and photos from your Jumuah prayers remembering Sheikh Zakzaky to nadia@ihrc.org

Campaigners are asked to write to or email the Nigeria President and the Nigerian Ambassador or High Commissioner in your country, using the model letter below.

Please adapt the model below depending on who you are sending it to. The addresses and salutations you need are presented below the model. Please forward any response you receive to IHRC on info@ihrc.org.

Person you are sending this to]

I write to demand that Sheikh Zakzaky and his wife Mallima Zeenah are allowed to leave the country for urgent medical treatment.

The continued detention of both of these figures as well as hundreds of others has been a huge stain on the reputation of your government and Nigeria. By not allowing Sheikh Zakzaky and Mallima Zeenah, whose health continues to severely deteriorate as a result of injuries inflicted by your authorities, the medical treatment he needs, you are adding further evidence of your government’s inhumanity and cruelty.

I look forward to your confirmation of their release for treatment by return.

President of the Federal Republic of Nigeria

Office of the President

You can submit an email by this form but this page often does not work:

Protesters were not impressed by heavily edited short clip of illegally incarcerated Sheikh and demanded release of their leader for immediate medical treatment, it is a matter of complete freedom for Sheikh Zakzaky as ordered by the Federal High Court. 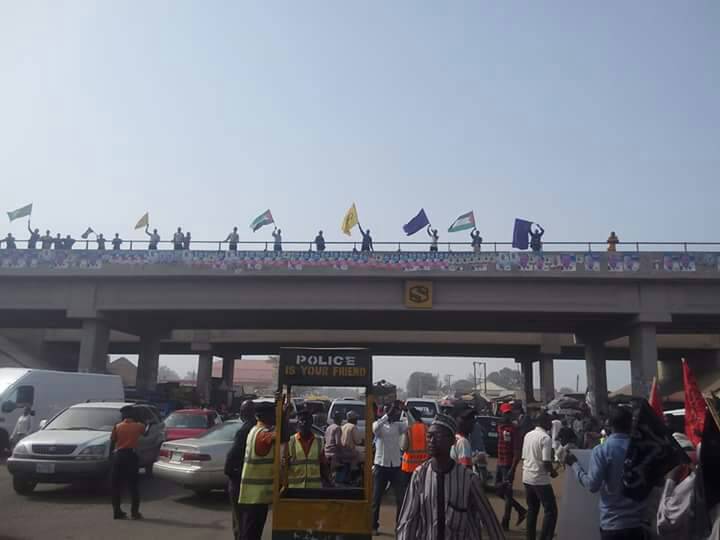 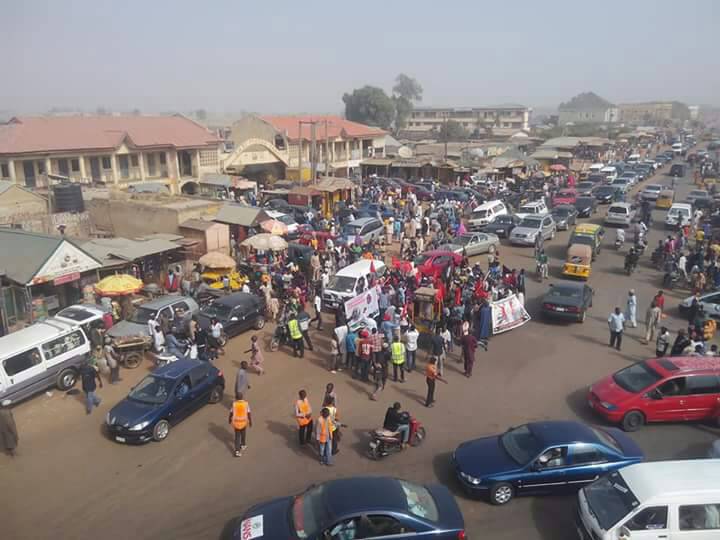 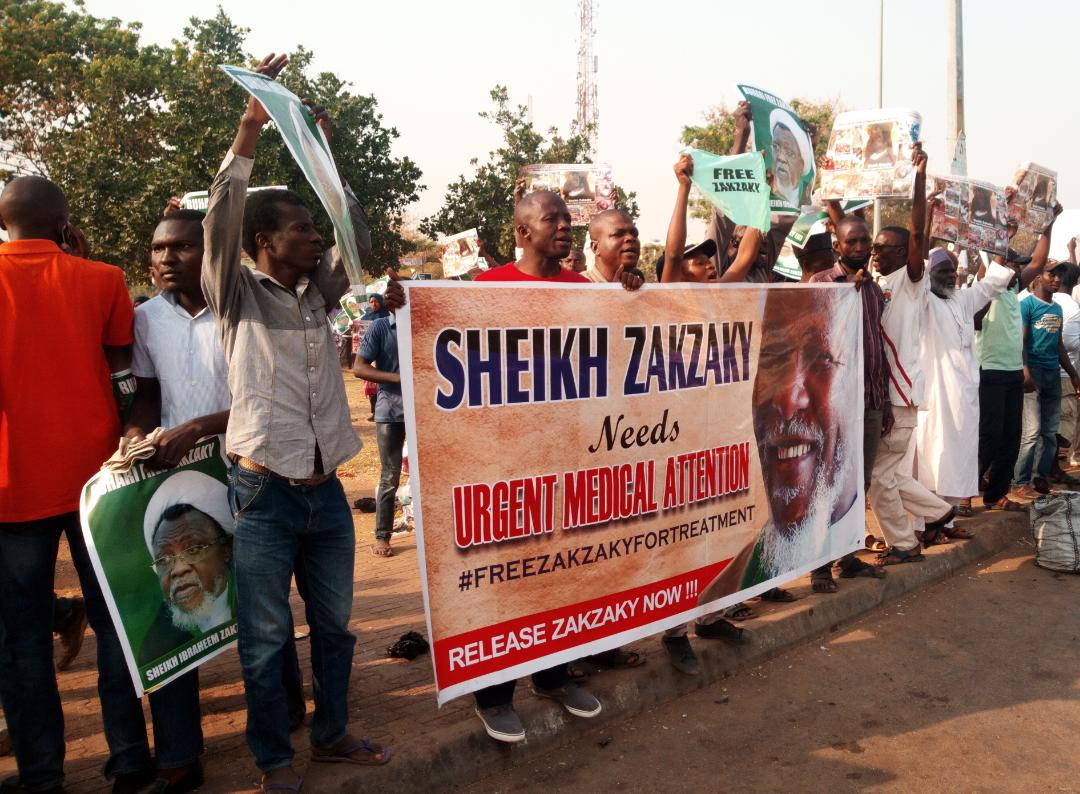 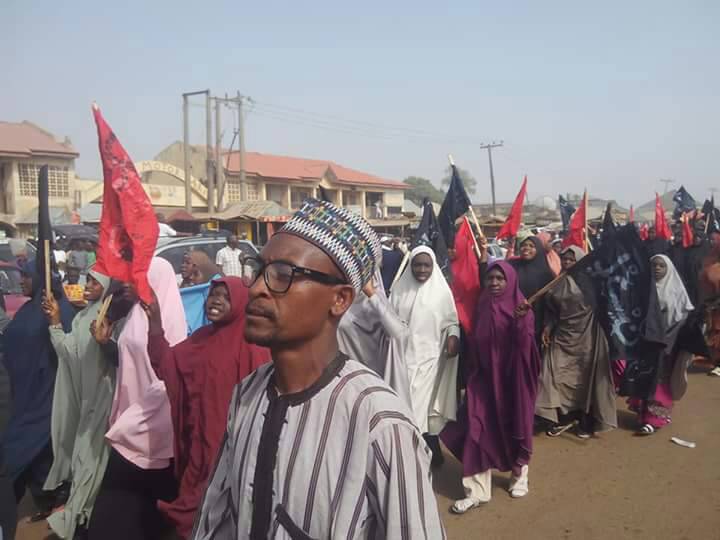 CLICK HERE to watch the clip of #Free Zakzaky Protest arranged in Utako, Abuja on 15 January 2018.

The only meaning that game of deception has to me is just to see the wonder of Allah (SwT).
Despite the batter, torture, trauma, gunshot injury, partial stroke and blindness of one of his eyes you unleashed on him, you are still sicker than he with your best doctors treatment you have, and still receiving.
More amazing is that of his wife, who despite the colossal loss of six sons, close ones and unethical torture of your evil men melted on her, she was yet much vibrant with a radiant face…

To my fellow brothers and sisters we should not relent in our prayers and struggle. Let’s intensify our prayers for Allah (SwT) to reinstate the health of Sheikh Ibrahim Elzakzaky and also free him and every other in detention. The One and true God we worship and trust will not fail us, insha Allah…

After The Contemptuous Media Parade The Federal Government Must Release The Zakzakys
14 January 2018 – Falana (SAN), Lead Counsel To Sheikh Zakzaky

Having paraded the couple before the media, albeit illegally, the federal government should immediately proceed to purge itself of the aggravated contempt of the Federal High Court by complying with the order for their release from the illegal custody of the State Security Service. The order which was made on December 2, 2016 has not been set aside by any higher court. Yet, the federal government which claims to operate under the Rule of Law has ignored the court order. However, if the federal government does not want to end the official impunity of treating a valid and subsisting court order with disdain it should release the Elxakzakys to their children who have applied to take them abroad for urgent medical treatment.
This request is in line with Nigerian Prison Regulation 12 which stipulates that even convicts shall be released to their relatives or friends if the prison has no facilities for treating them. In Fawehinmi v The State (1990) 1 NWLR (pt 127) 486 the appellant was granted bail and released on bail…

You Are Doubtlessly Alive But You Are Not Well
14 January 2018 – Jiti Ogunye, lawyer
A Lagos-based human rights lawyer, Jiti Ogunye, has called for the release of the detained leader of the Islamic Movement of Nigeria, Ibrahim El-Zakzaky, saying the leader was “not well” despite a recent public appearance.

Mr. Ogunye said, the leader could not be “well” having been thrown into detention since 2015 despite suffering life-threatening injuries. The brief television appearance was merely a ‘proof of life’ and did not denote that all was well. “You can’t be well in an unlawful detention where your right to liberty and right to freedom of association are being breached…

Islamic Movement Is Searching For Protesters Still Missing In Abuja Procession
13 January 2018
The Free Zakzaky Campaign Committee is still counting losses especially of persons known to have come to Abuja for the week-long peaceful Free Zakzaky processions but are still unaccounted for.

A statement by the Campaign Committee calls on people to submit the names, photographs and other details of persons that attended the processions, but are now missing. Such persons would not have been among those known to have been captives by the police and detained or taken to courts and granted bail. They also would not have been injured or killed and their bodies recovered for treatment in hospitals or taken for burial respectively.

At least three people have been confirmed killed by the Buhari Police in the week-long street protest calling for a free Zakzaky from illegal detention, especially with the news of his ailing health situation in detention occasioned by a stroke.

However, there have been reports that indicated that these Buhari police had tortured some of the protesters to death and there corpses were dumped in mortuaries…

Haven’t heard information from Sheikh Zakzaky himself as regards the much celebrated media access the Sheikh got today, I felt a sudden urge to expose the lawless government of Mohammadu Buhari, the first president in the history of Nigeria that refused to obey several valid courts verdicts simply because it didn’t favour him.

Firstly, Sheikh Zakzaky was not even aware that he was going to meet the media for the first time after 2years and a month illegal detention. He was actually told that he was going for routine laboratory test then they told him that some people want to see him and to his surprise the press was in front of him.

I find it shameful although the government doesn’t have any shame left in them to trick Sheikh Zakzaky and fool Nigerians into thinking Sheikh was aware that he was doing a press conference as everything was staged managed and manipulated.

I urge President Muhammadu Buhari to obey court order and release Sheikh Zakzaky before we ground the entire fct with protests, he should never think that showing Sheikh Zakzaky on TV has ended the national and global protest. As much as we are law abiding citizens, we also want a law abiding president.