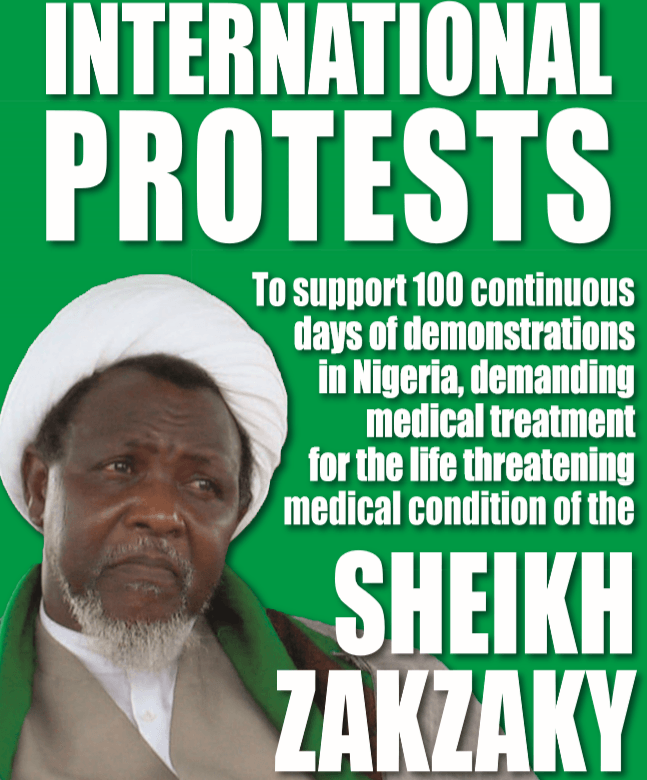 Below please find an update on the continuous protests and Sit Outs in Nigeria and details of the Global #FreeZakzaky protests planned on 15 April 2018 to mark 100 continuous days of these demonstrations in Nigeria.

Despite the regular brutal crackdown by security forces the sustainability of FreeZakzaky protests and demonstrations is amazing and tomorrow Sunday 15 April 2018 will mark 100 continuous days of demonstrations in Nigeria, demanding medical treatment for the life threatening condition of Sheikh Zakzaky and we request campaigners to support this campaign by arranging any type of field activity, protest, social media campaign or letter writing to the Commonwealth Secretariat using the model letter provided in the action alert. Please share pictures of your activities with info@ihrc.org

International Call For Demonstrations For Sheikh Zakzaky
14 April 2018
This Sunday 15 April 2018 marks 100 days since protests broke out all over Nigeria demanding the release of the detained leader of the Islamic Movement of Nigeria, Sheikh Ibrahim el-Zakzaky. IHRC, in coordination with UJN and Global Free Zakzaky campaign, call for international protests to mark 100 days of continuous #FreeZakzaky protests in Nigeria. Campaigning organisations will hold protests in different countries including UK, Indonesia, Turkey, Denmark, Geneva and Pakistan. We request you to join this campaign with any type of field activities in your country or with social media campaigns.
Since 8 January 2018, six protesters have been killed by security forces. Hundreds more have been arrested and sustained injuries from beatings during their detention. The majority of those released were freed without charge. 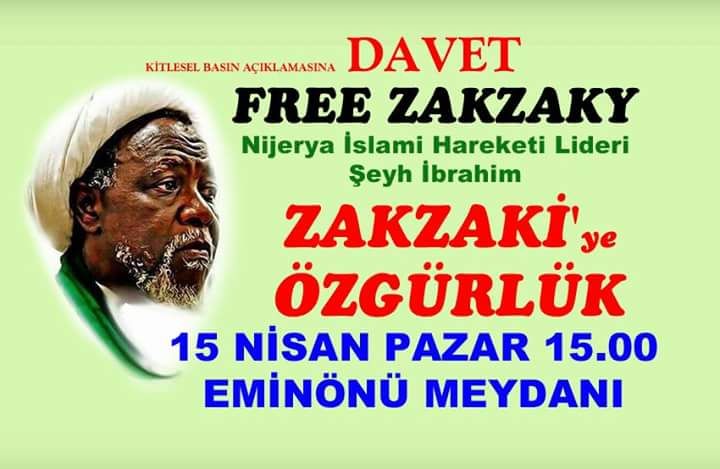 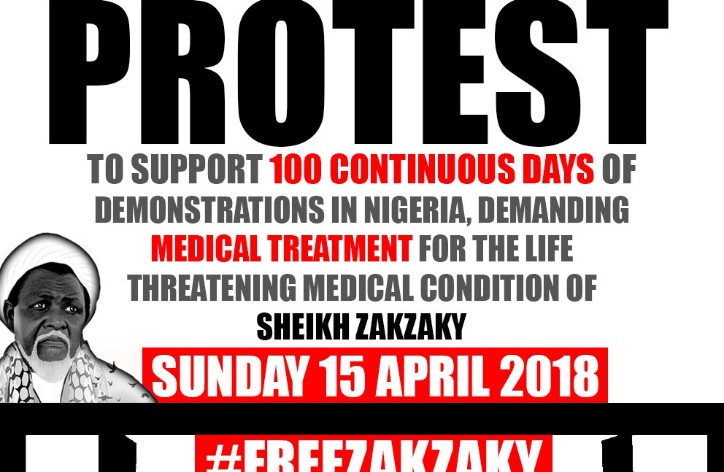 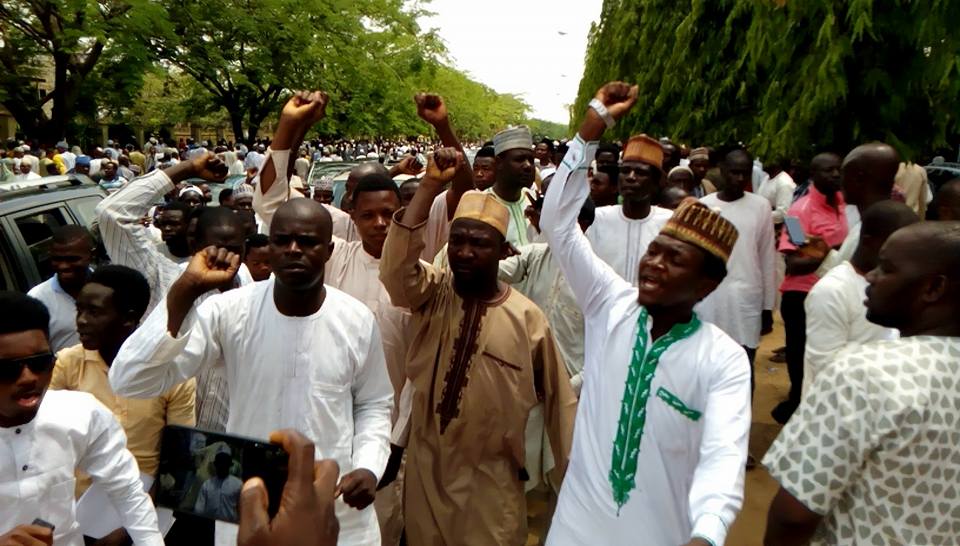 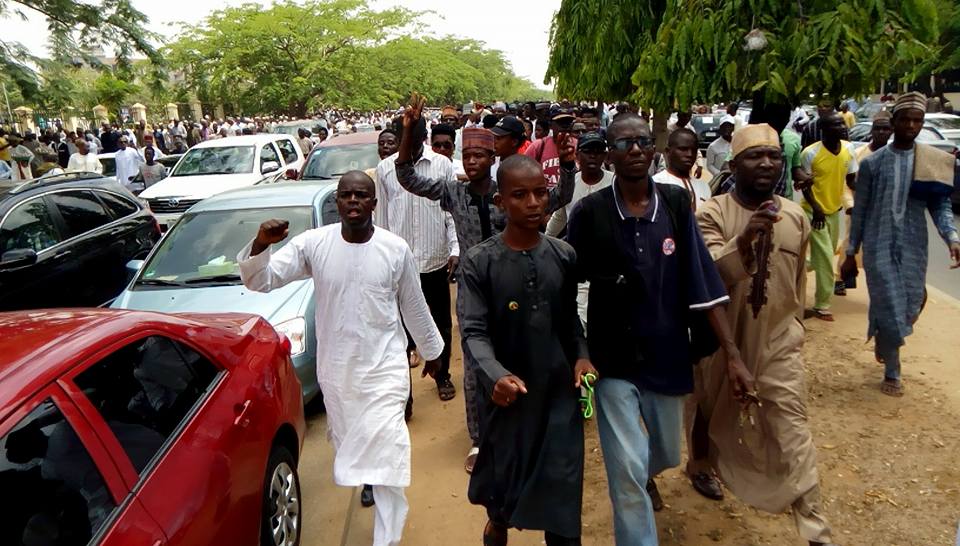 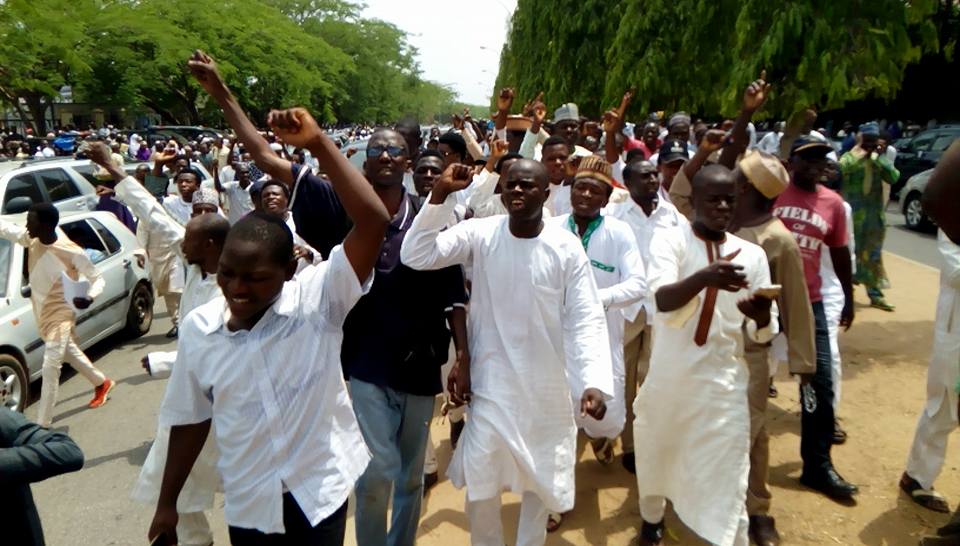 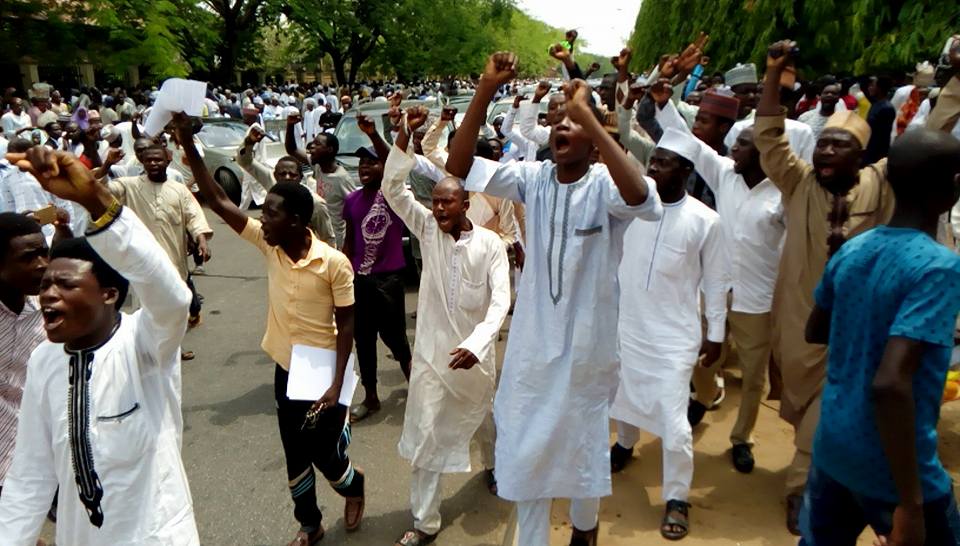 The Federal Government Of Nigeria is becoming jittery as investigations by the International Criminal Court, ICC into major crimes it committed against citizens moves to the next stage.

The ICC is pursuing eight cases against Nigeria according to the minister of Justice and Attorney General of the Federation, Mr. Abubakar Malami.

The minister stated this when Prof. Chile Osuji, the newly elected ICC leader visited him in Abuja.

This Sunday 15 April 2018 marks 100 days since protests broke out all over Nigeria demanding the release of the detained leader of the Islamic Movement of Nigeria, Sheikh Ibrahim el-Zakzaky…

The continued detention of Sheikh Zakzaky after an unjustifiable brutal attacks on his compound in December 2015, has been described as grossly irresponsible by the anti-corruption activist, Honourable Ebenezer Oyetakin at the Daily Free Zakzaky Sit Out today at the Unity Fountain in Abuja.

Honorable Oyetakin was addressing the huge audience at the Unity Fountain during the 86th day of the Daily Free Zakzaky Sit Out campaign. Oyetakin was one of the speakers at the special Sit Out, which also doubled as the Martyrs Day, in honor of the nearly a thousand martyrs of the Islamic Movement.

Free Sheikh Zakzaky Protest in Abuja on 12th of April 2018
12 April 2018
Thousands participated in this #FreeZakzaky protest which coincided with annual martyrs day. This massive free Zakzaky protest on Thursday the 12th of April 2018 was part of continued protests and demonstrations for last 3 months demanding release of Sheikh Zakzaky for medical treatment. The protest kicked up from Unity Fountain along Shehu Shagari way up to to Ministry of Justice. 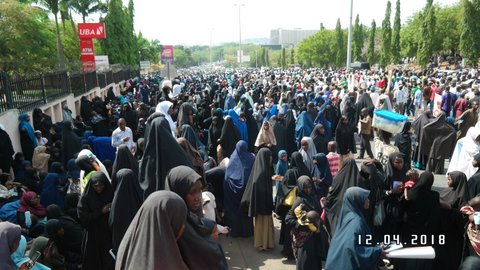 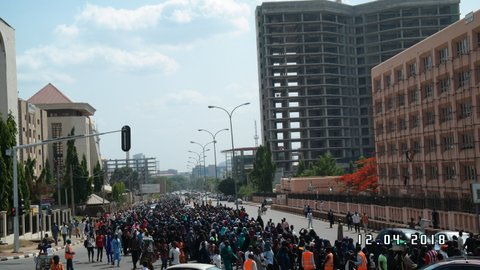 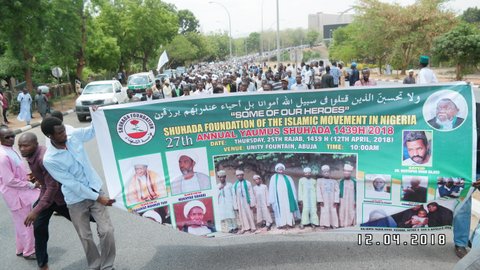 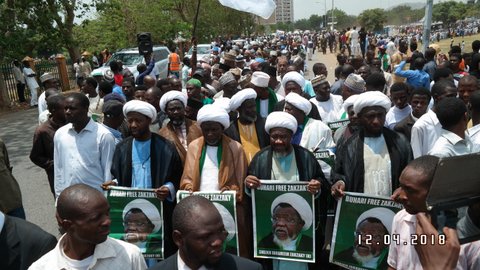 The 27th Annual Martyrs Remembrance day also known as Yaumus Shuhada has recorded a large turnout yesterday in Abuja, Nigeria’s capital with participants mostly members of the Islamic Movement in Nigeria from all walks of life.

Since its inception, the event has been marked in Zaria, except last year’s that took place in different zones of the country and the latest that took place at the Unity Fountain, Abuja. 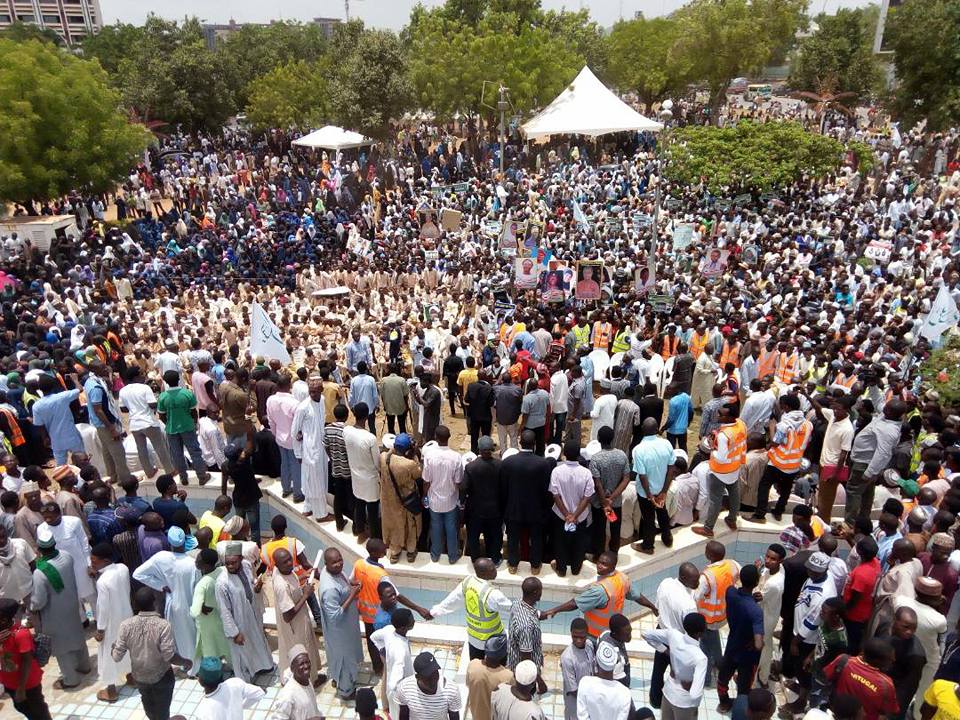 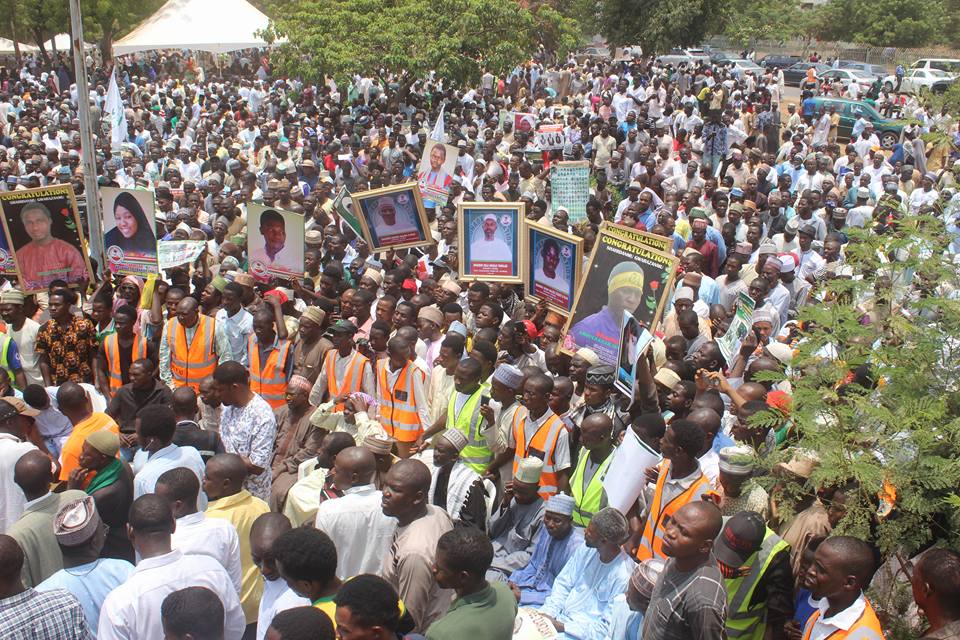 A massive free Zakzaky protest was staged in Abuja on Thursday the 11th of April 2018. The protest was attended by thousands and others NGOs under the Concerned Nigeria Group. It started from Unity Fountain along Shehu Shagari Road and terminated at National Assembly. Heavy presence of security forces could not stop the proteters from reaching the gate of the national assembly.

The peaceful protesters were carrying pictures of Sheikh Zakzaky and they chant different slogans condemning Zaria massacre. The aim of the protest is calling on the Government to free the Leader of the Islamic Movement in Nigeria Sheikh Zakzaky for medical attention whose health keeps deteriorating due serious gun injuries on body. 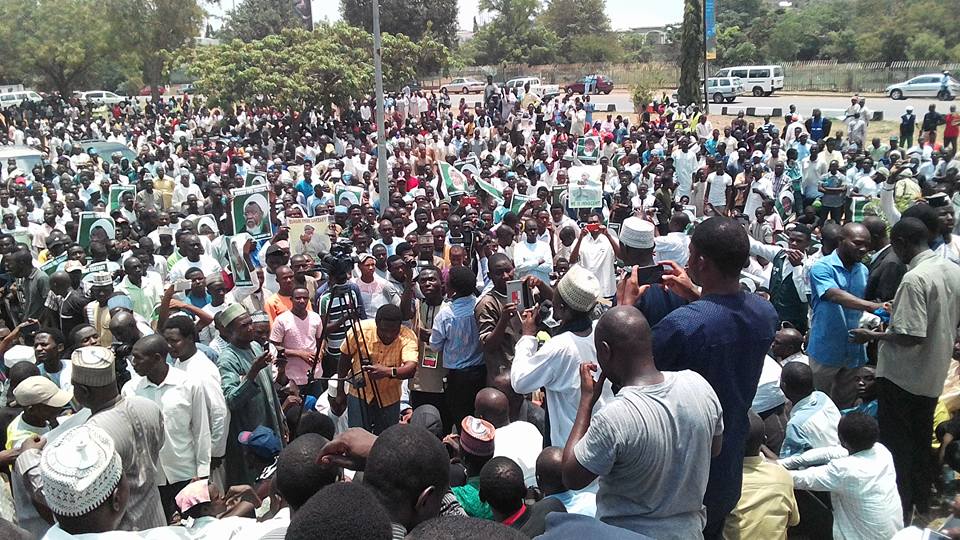 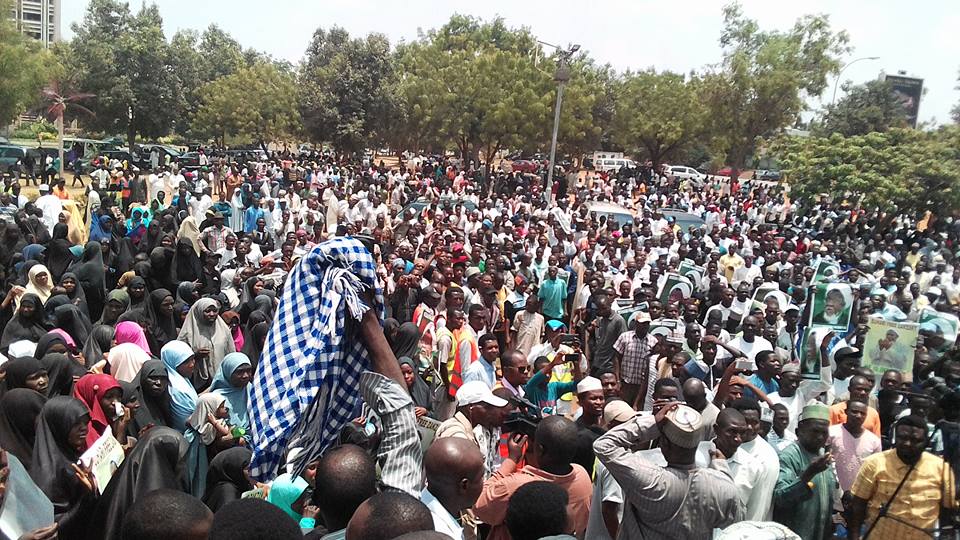 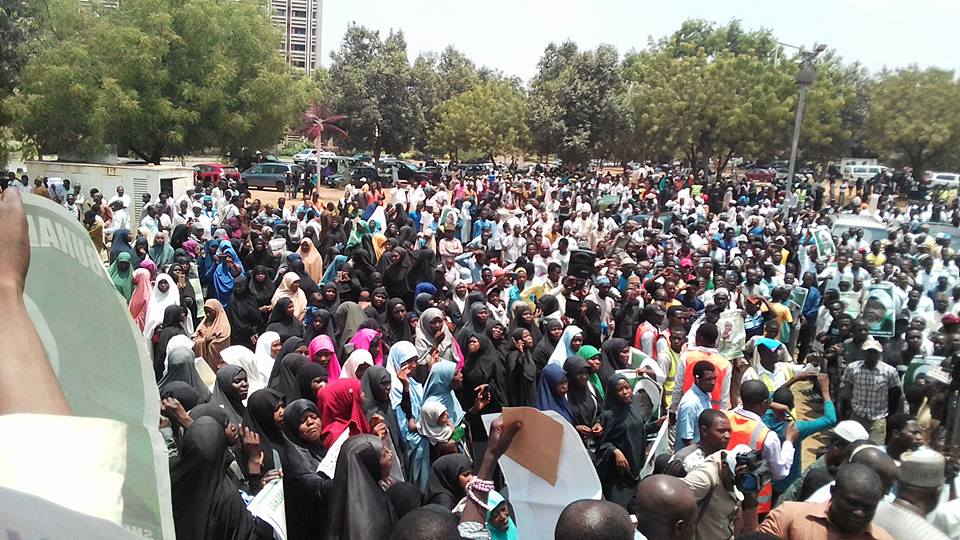 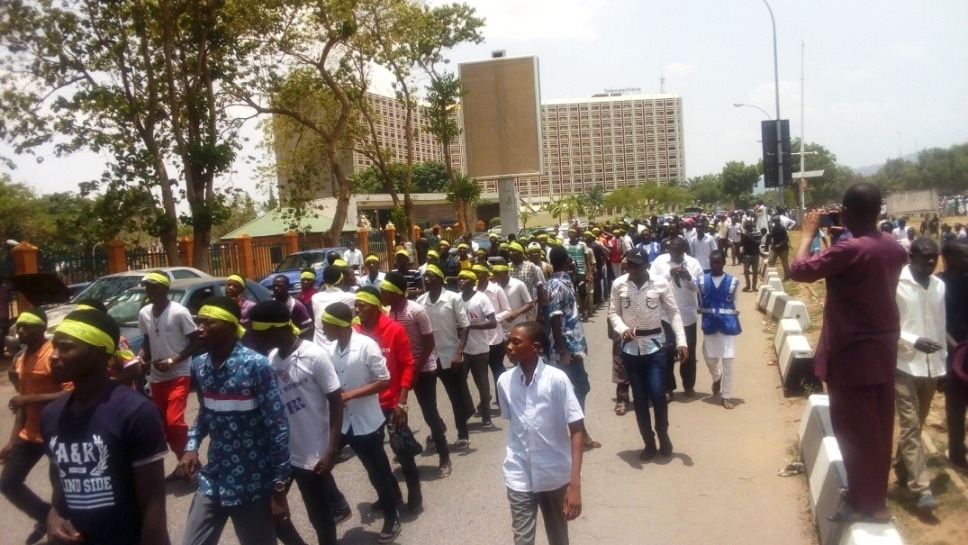 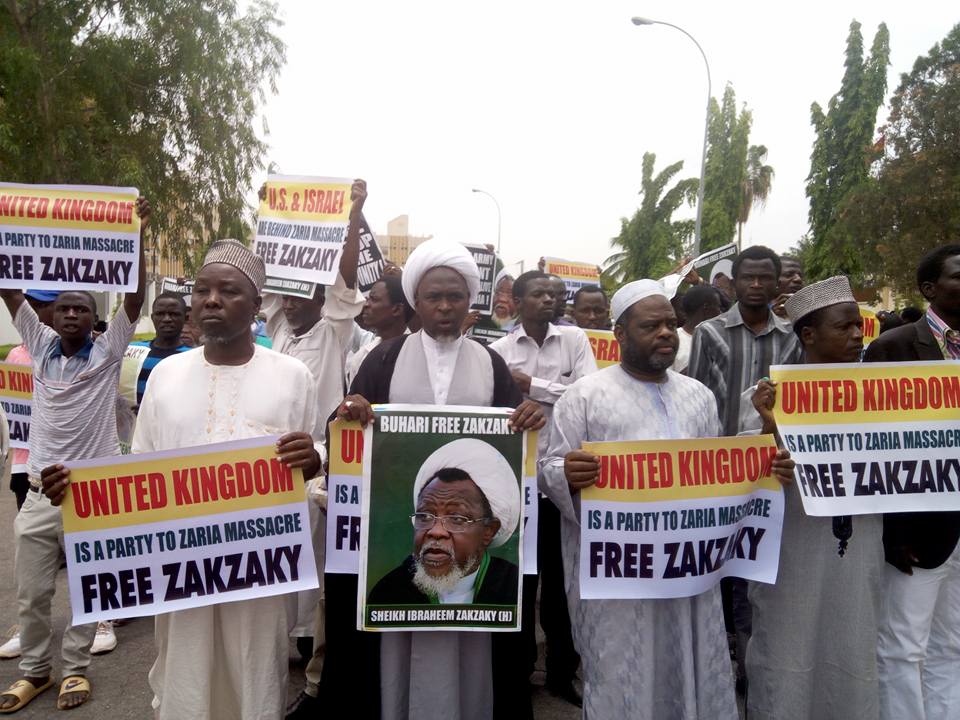 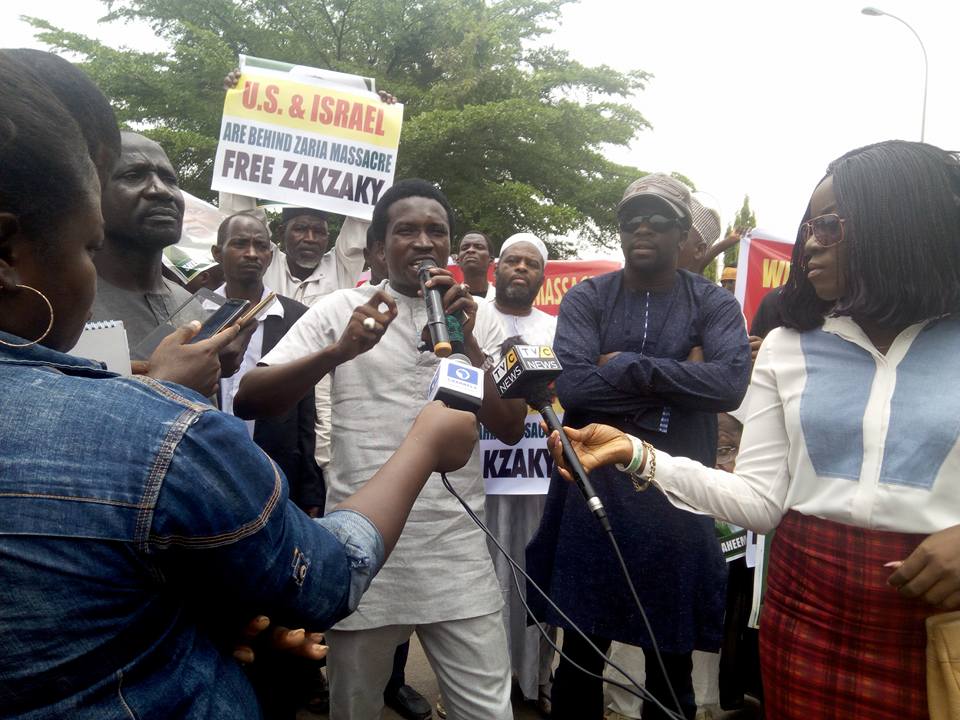 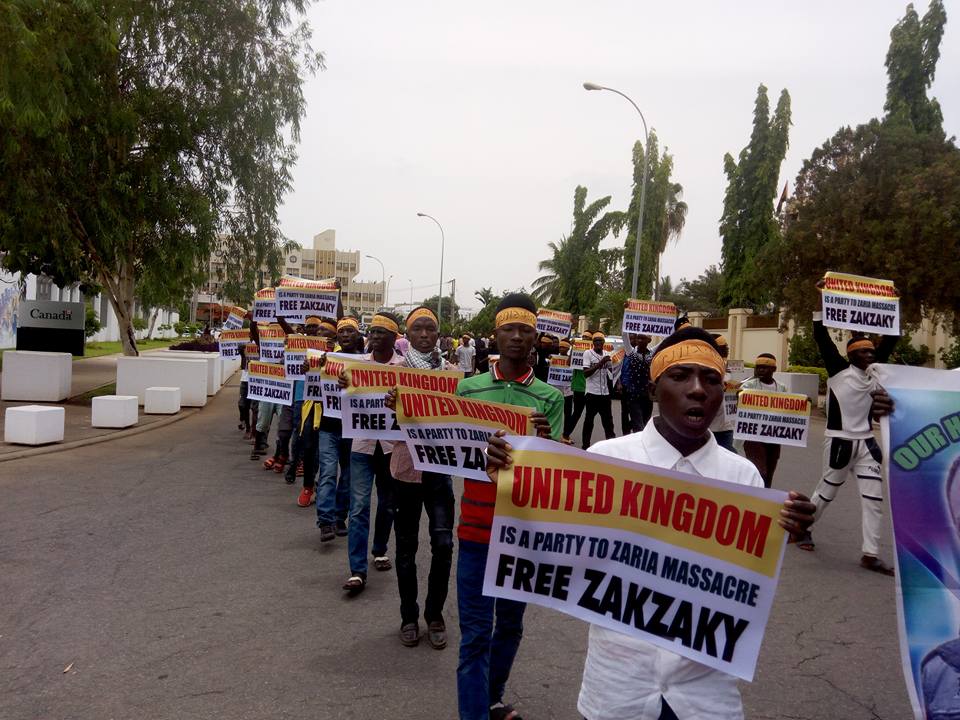 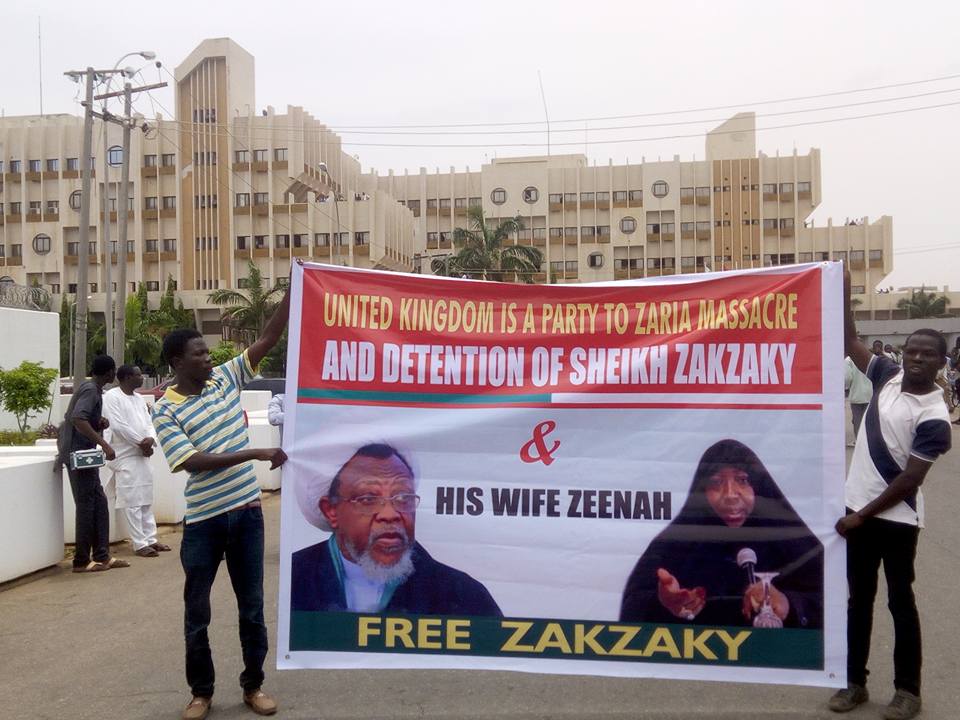 On 31st March, 2018 a contingent of soldiers in five vehicles encircled the demolished Islamic center of members of the Islamic Movement in Jos and arrested two persons, who were part of a Islamic studies learning session taking place in the center.

Unfortunately to date, the arrested persons have not been charged of any offence and have not been released to their families. Those arrested are: Idris Muhammad and Awwal Husain.

The fact that members of the Islamic Movement were just conducting a religious obligation in a centre they legally own when they were pounced upon by the Army is enough a pointer to the Army’s complicity in executing a religious vendetta by some unscrupulous people. We condemn this disheartening attitude of the Army in the strongest terms. 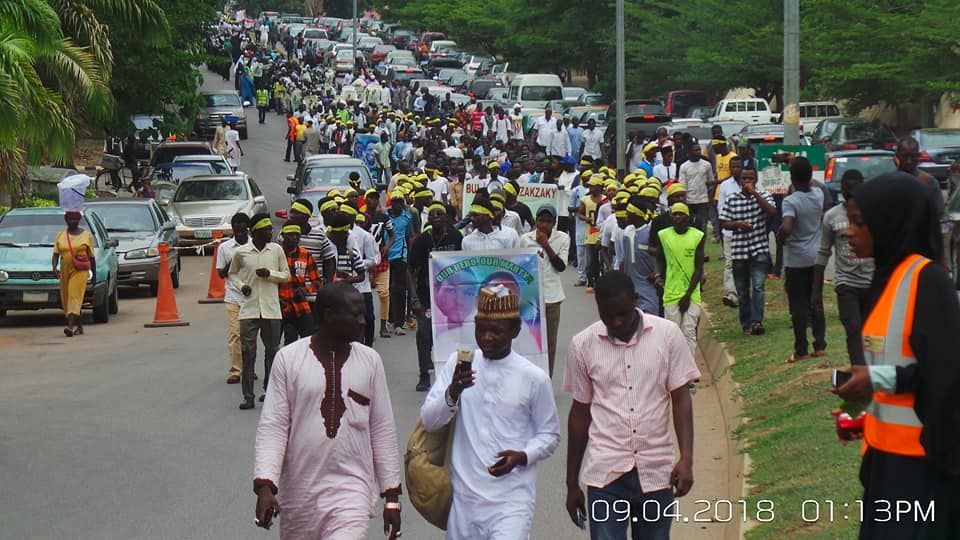 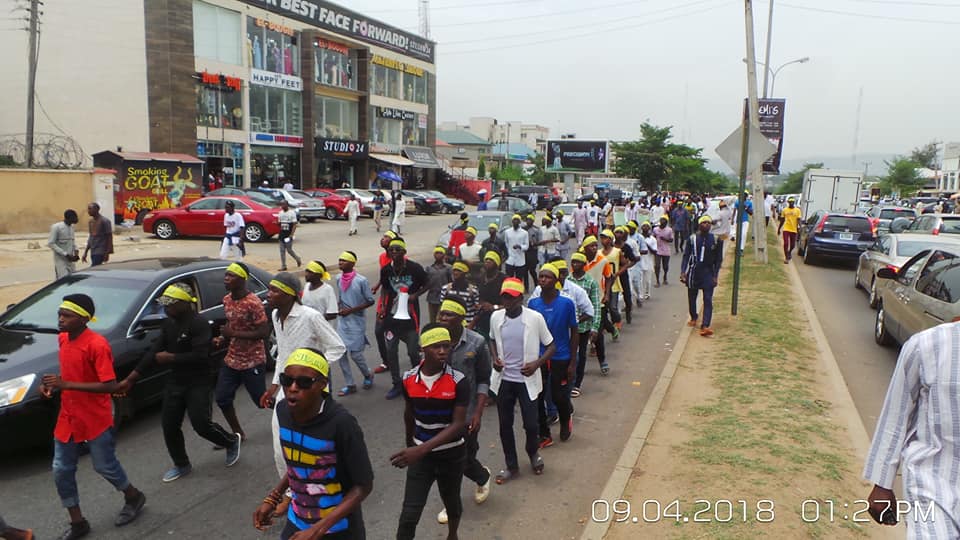