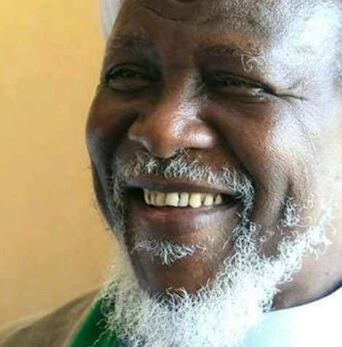 Below please find an update on the continuous Free Zakzaky protests in the Nigerian capital Abuja and other cities in the country. The sustainability of these protests is unusual given the recent Government attempts to shift the focus by forcibly moving Sheikh Zakzaky from Abuja.

We request campaigners to continue with last week’s action alert and keep the pressure on the African Union by writing emails / letters, demanding the immediate release of the Sheikh and all those unjustly imprisoned.

1. Send an email to the African Union and demand they intervene in this case, a model letter / email is provided below
2. If you receive a response please forward it to IHRC at info@ihrc.org

Another Free Sheikh Zakzaky Protest in Abuja on 13 June
13 June 2018
Yet another peaceful protest was staged in Nigerian Capital Abuja on Wednesday the 13th of June 2018. A large number of Men, Women and Youth came out to demonstrate against the illegal detention of their leader Sheikh Ibrahim Zakzaky.
There has been regular continuous FreeZakzaky protests in Nigerian Capital Abuja and security forces used various tactics to stop these protests in the capital. Last month in most recent move DSS forcibly moved Sheikh Ibrahim Zakzaky and his wife from Abuja to Kaduna under a new plot of trumped up charges against them.
The attempted move to Kaduna was also a desperate effort to deflect attention from the ongoing daily FreeZakzaky demonstrations in the Nigerian capital, Abuja. Security forces have regularly attacked these peaceful FreeZakzaky protesters, they have killed at least 6, arrested, tortured and injured hundreds of them with live bullets and teargas over the last few months. Yet the FreeZakzaky protests are regularly staging massive demonstrations in Nigerian Capital Abuja. 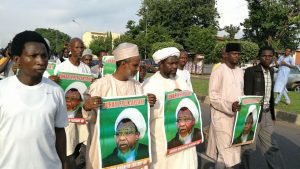 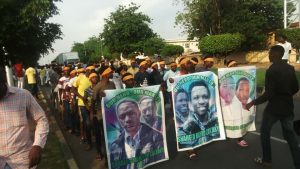 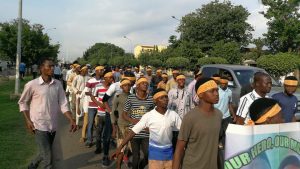 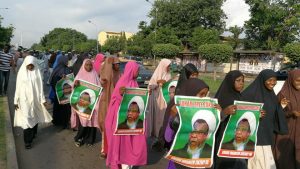 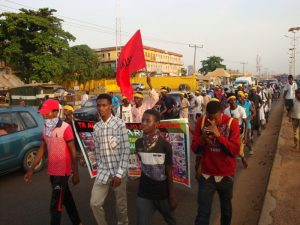 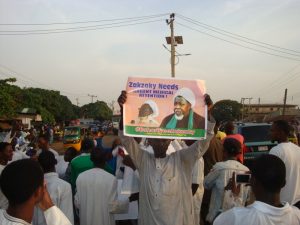 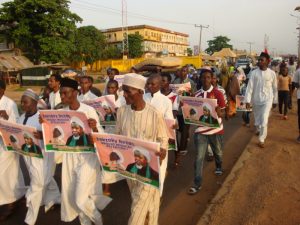 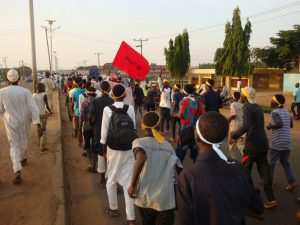 FreeZakzaky Protest in Capital Abuja on 12 June
12 June 2018
Another FreeZakzaky protest was arranged in Nigerian Capital Abuja. A large number of protesters came out to demand immediate release of Sheikh Ibrahim Zakzaky, leader of the Islamic Movement of Nigeria.
Protesters demanded justice for Sheikh Zakzaky and victims of the infamous Zaria Massacre. 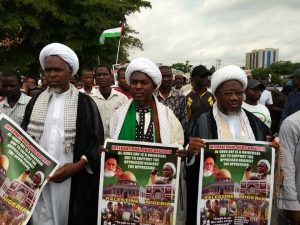 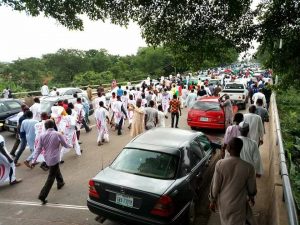 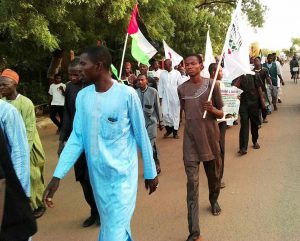 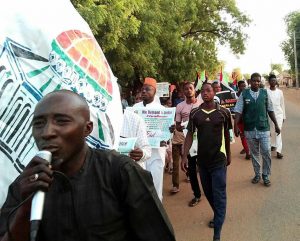 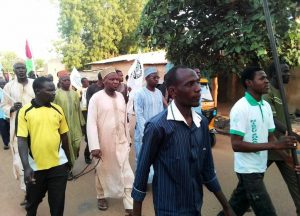 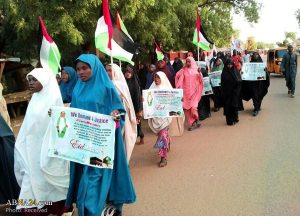 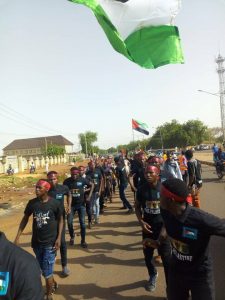 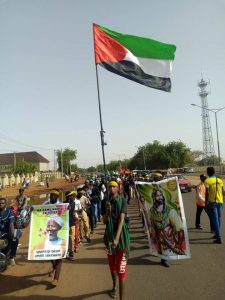