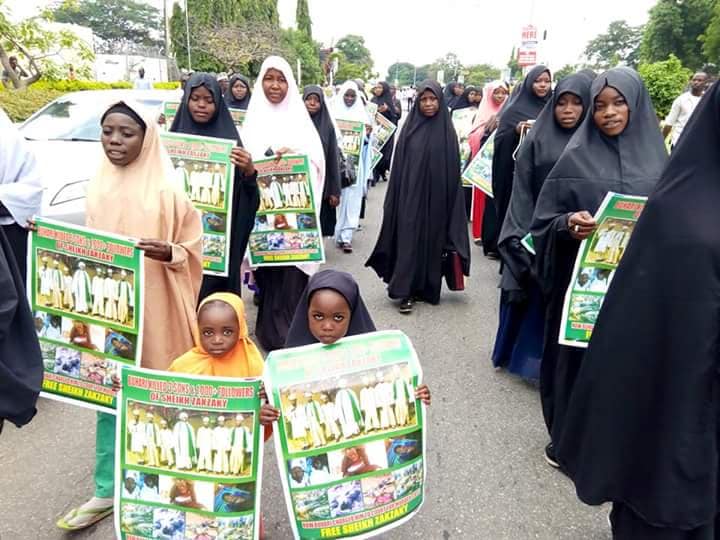 Below please find an update on the continuous Free Zakzaky protests in Nigeria. This week 4 people suffered gunshot wounds when security forces attacked a peaceful annual mourning ceremony, commemorating the death of 34 people killed by the Nigerian Army during the 2014 international Quds Day rally in Zaria.

Please share Chairman of IHRC, Massoud Shadjareh’s video of 20 July on the plight of Sheikh. You can find the video HERE. Please email us on wajahat@ihrc.org if you want a WhatsApp version.

If you are emailing, please use the following in the subject line:
Urgent Intervention of AU to Save the innocent Lives

Further to my last email I want to bring to your attention that once again during this week on 25 July 2018, 4 people suffered gunshot wounds and many were arrested when security forces attacked a peaceful mourning ceremony, commemorating the death anniversary of 34 people killed by the Nigerian Army during the 2014 international Quds Day rally in Zaria.

Current trumped up charges against him are part of a wider effort to cover up the gruesome crimes committed by members of the security forces in Zaria in December 2015 that left at least 1000 civilians dead.
The state’s denial of medical treatment to Sheikh Zakzaky has led to a severe deterioration in his medical conditions and the recent attempt to move him forcefully will put his life in danger.

Free Zakzaky protests continued this week as well and thousands of people staged a peaceful free Zakzaky Protest in Nigerian Capital Abuja on Thursday the 26th of July 2018.
A large number of protesters came out in Abuja with placards and banners demanding immediate release of the Islamic Movement leader Sheikh Ibrahim Zakzaky.
The sheikh’s ordeal began after he was shot along with his wife, Zeenah, and arrested during an orgy of violence unleashed over three days in December 2015 on supporters of the Islamic Movement of Nigeria in what was widely seen as a bid to curb the movement’s growing popularity. 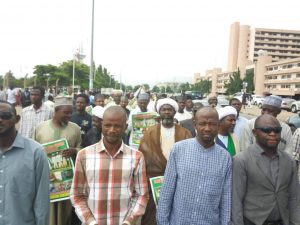 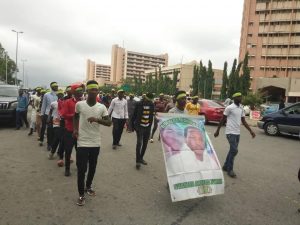 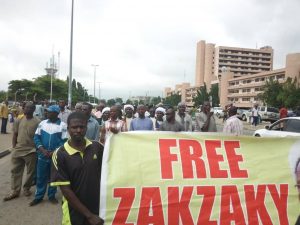 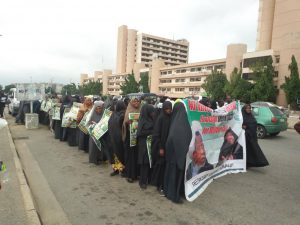 A combined team of soldiers and police on the orders of Governor El-Rufa’i again opened fire on Muslims of the Islamic Movement in Nigeria this morning 25/7/2018 in Zaria, while peacefully mourning the tragic killings of 34 people during the 2014 International Quds Day by the military under the Jonathan’s administration, injuring 4 persons with gunshots.

This was made known to newsmen in a press statement released today by the President of the Media Forum of the Islamic Movement in Nigeria, Ibrahim Musa.

The statement said, “a Couple of minutes after the start of the program, the combined security operatives in about ten vehicles laid siege on the venue, the Darur Rahma cemetery, where the victims of the 2014 military attack were laid to rest, in the outskirts of Zaria city, along Zaria to Jos highway.

“We learnt that apart from the four people who suffered gunshots as a result of the indiscriminate shootings by the security agents, several others escaped with minor injuries, while some were arrested”… 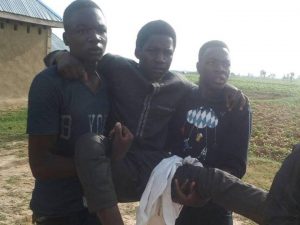 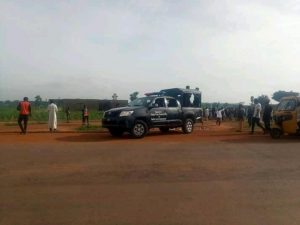 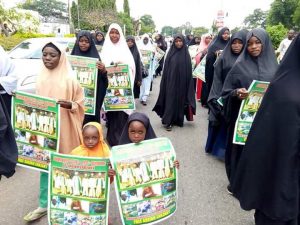 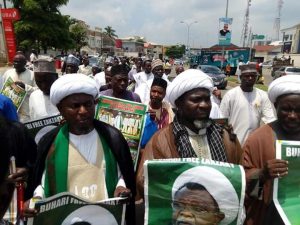 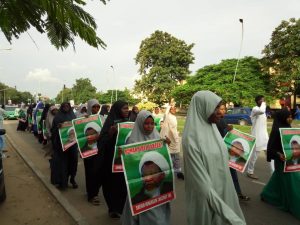 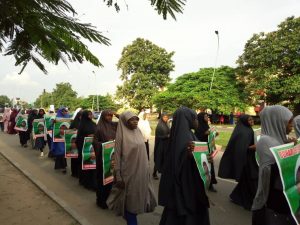 Sheikh Yaqoub yahaya katsina condoled with the people of Jibia, Katsina state during a condolence visit the paid to the people of the Jibia who were affected by flood few days ago which led to the loss of lives and properties.

The Sheikh paid the visit on Monday the 23rd of July 2018. Food items, clothing materials and a little sum of cash was given to the affected people on behalf of the Islamic Movement in Nigeria.

During the one day visit he went round to meet the families of the affected persons while offering prayers for the soul of those who lost their lives.

Funeral Prayer for Alhaji Bala Hassan Nafada which took place in Nafada town, Gombe state on Sunday the 22nd of July 2018. Alhaji Bala is Representative in Nafada of Shuhada Foundation of the Islamic Movement- the body responsbile for the care of the families of the martrys of the Movement.

He died in Zaria on Saturday the 21st of July 2018 after a brief illness while attending meeting organised by the Shuhada Foundation. 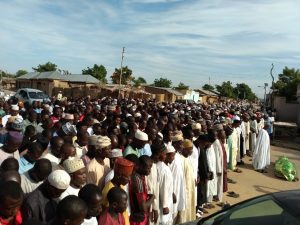 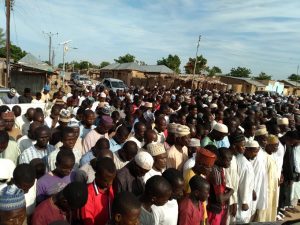