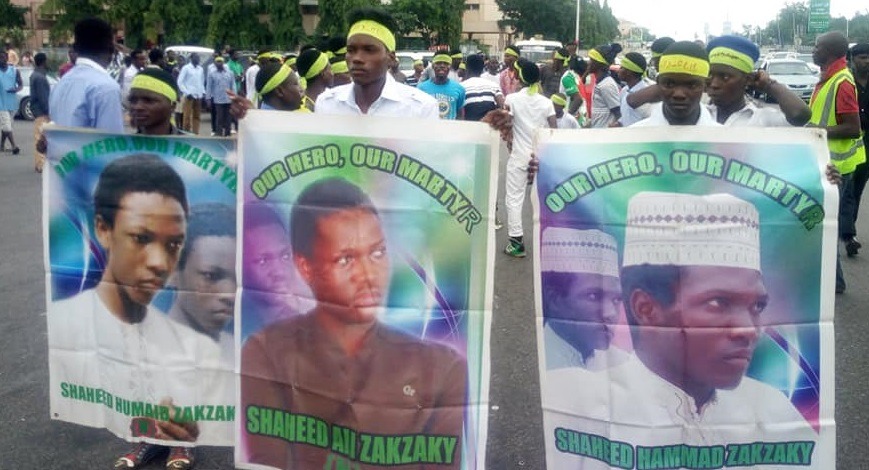 Below please find an update on the continuous Free Zakzaky protests in Nigeria. This week the High Court in the state of Kaduna discharged and acquitted almost 100 members of the Islamic Movement of Nigeria who were arrested during the 2015 Zaria massacre but the leader of the movement Sheikh Zakzaky and his wife still remain illegally detained by the Nigerian authorities.  They await a bail hearing on 4 October.  This is of course still unacceptable, and we urge campaigners to continue pressing for their unconditional release.

1. Kindly send a letter / email to the Commonwealth and demand they intervene in this case, a model letter / email is provided below
2. If you receive a response please forward it to IHRC at info@ihrc.org

If you are emailing, please use the following in the subject line:
Urgent Intervention of Commonwealth to Save the Leader of Islamic Movement

Further to my last email I want to bring to your attention that once again during last week on 25 July 2018, 4 people suffered gunshot wounds and many were arrested when security forces attacked a peaceful mourning ceremony arranged to commemorate the death anniversary of 34 people killed by the Nigerian Army during the 2014 international Quds Day rally in Zaria.

On 02 December 2016 the Federal High Court in Abuja ruled that Sheikh Zakzaky and Muallimah Zeenah should be released within 45 days. The court described their detention, which began in December 2015 as illegal and unconstitutional. The deadline for the court order expired on 16 January 2017 but the Nigerian Government has refused to obey the court order. The Nigerian government has kept them detained illegally for over two years now and Sheikh Zakzaky and his wife still remain in the custody of the state, in clear contempt of the court order.
Current trumped up charges against him are part of a wider effort to cover up the gruesome crimes committed by members of the security forces in Zaria in December 2015 that left at least 1000 civilians dead.
The state’s denial of medical treatment to Sheikh Zakzaky has led to a severe deterioration in his medical conditions and the recent attempt to move him forcefully will put his life in danger.
I am extremely concerned as Sheikh Zakzaky suffered a stroke in early January and his condition has been further aggravated due to the continued unlawful detention and denial of access to adequate medical treatment. He was shot by security forces more than two years ago, losing his left eye in the process and is currently at risk of losing the use of his other eye.
It is imperative that you apply pressure on the Nigerian authorities so that they stop killing innocent people and adhere to the High Court judgment of December 2016, and release Sheikh Zakzaky and his wife immediately.
I look forward to hearing from you,

KDSS Vs Sheikh Zakzaky and Others Further Adjourned
02 August 2018 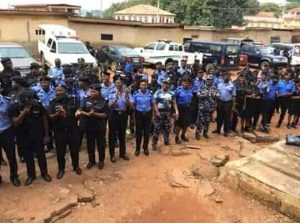 The case before Justice Gideon Kurada between Kaduna state government and Sheikh Ibraheem Zakzaky his wife and two others has further been adjourned to the 4th of October 2018 by the Kaduna state High Court.

Following the judgement the President of the Media Forum of the Islamic Movement in Nigeria, Ibrahim Musa, said: “This judgement has not only vindicated the members of the Islamic Movement in Nigeria, but it is certainly a victory for perseverance in the face of extreme persecution. It is a victory for truth and justice, against tyranny and impunity…

Kaduna based revered Islamic cleric who has been in incarceration since 2015 will know his fate if he would be granted bail or not on October 4, 2018.

His counsel, Maxwell Kyon, moved for bail as the court sat on Thursday August 2 in Kaduna.

Kyon said that they came prepared with their brief, while the government lawyers also came with theirs and subsequently, the matter was adjourned to October 4

He said that they were optimistic that Zakzaky and his wife Zeenat would be granted freedom.

“We have moved application  for bail for the first and second accused and are optimistic of getting bail for our clients,” he said.

When fielding questions, Solicitor General and Permanent  Secretary Kaduna  State Ministry of Justice,  Chris Umar said they have been able to serve the fourth and third accused through publications  on newspapers. 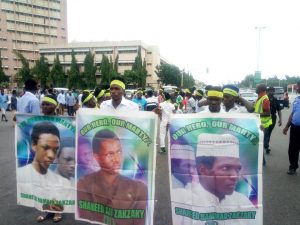 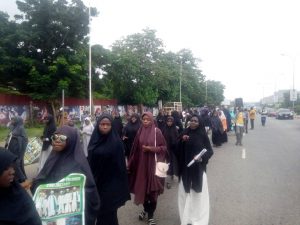 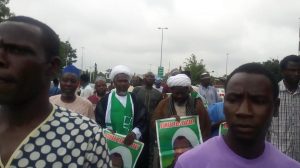 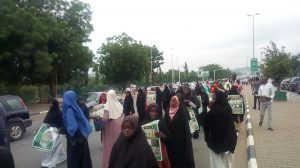 Today, Tuesday, 31/07/18 the Kaduna State High Court again delivered a favourable judgement in the “no case submission” filed by the defense lawyers on the case brought against nearly 100 members of the Islamic Movement in Nigeria, that were arrested at various locations in Zaria

in December 2015 following a brutal clampdown on the Islamic Movement. They have been discharged and acquitted.

This was made known in a Press Statement signed by the President Media Forum of the Islamic Movement in Nigeria, Ibrahim Musa and distributed to pressmen today.

“This judgement has not only vindicated the members of the Islamic movement in Nigeria, but it is certainly a victory for perseverance in the face of extreme persecution. It is a victory for truth and justice against tyranny and impunity,” said the statement.

The Islamic Movement further stated, “It will be recalled that the Kaduna state government sued almost close to 200 members of the Islamic Movement after an attack on the Movement by the Nigerian Army in December 2015 which led to the killing of over a thousand souls, including three sons of the Sheikh Zakzaky, his elder sister and a nephew. The attack was sequel to the unlawful invasion of the privacy of their residence and eventual destruction of the house completely. This has been aptly described by several human rights bodies as a massacre. To worsen these flagrant crimes against humanity, bodies of all the hundreds killed were hurriedly and secretly buried in mass graves about 100 km away from the scene, apparently in a shoddy attempt at hiding the crime and its magnitude… 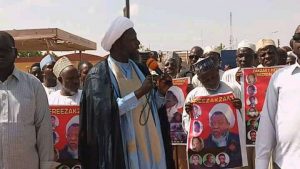 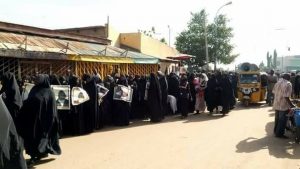 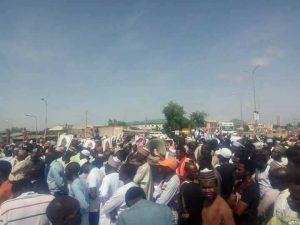 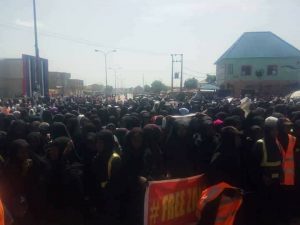 Below Pictures are from Lafia Protest – Capital of Nasarawa State 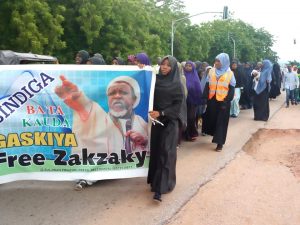 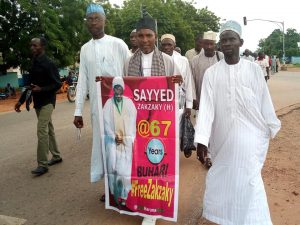 CLICK HERE to Watch the story of the Al Quds Day in July 2014, Over 40 peaceful demonstrators were killed and many injured by Nigerian Army