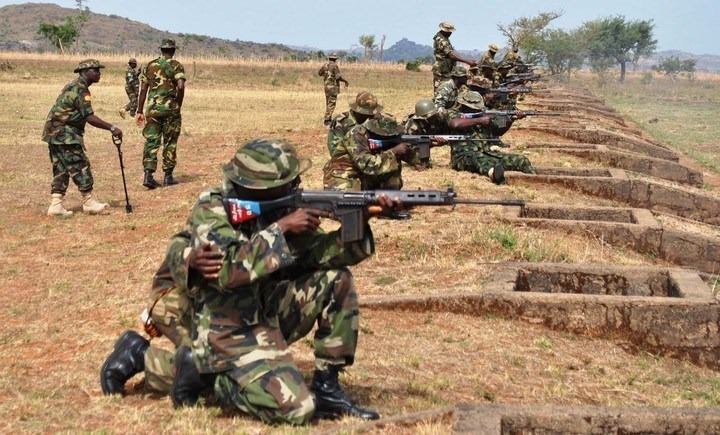 Below please find an update on the continuous Free Zakzaky protests. This week IHRC raised concerns over reports of a possible ruthless attack on FreeZakzaky demonstrators in Abuja.

2. Please send an email to the African Union and demand their intervention in this case. A model letter and contact details of the African Union are provided below. Please forward any responses you receive to IHRC at wajahat@ihrc.org.

The Nigerian gorvernment has been the subject of repeated complaints to you over its killings of supporters of the Islamic Movement of Nigeria from 2015 onwards and the arrest and prosecution of its leader Sheikh Ibrahim el-Zakzaky, his wife Zeenah and other members.

Soon, the Shuhada Foundation of the Islamic Movement observes annual Martyrs’ day. Saddled with the responsibility of seeing to the general welfare of martyrs’ families in pursuance of moral and academic excellence, and hitherto victims of oppressive attacks, the fully registered foundation collects and manages contribution from disciples of the Sheikh and other well meaning individuals for its humanitarian activities. No doubt, its task is very challenging. With the statistics available, there are about four thousand dependents consequent to historic state aggressions on the peaceful citizens, most notably, the 2015th Zaria massacre where about a thousand were murdered by the army in cold blood.

New Zealand condemnable mosque shooting has been likened to the Zaria massacre in many respects and has been described as a sad reminder of Zaria massacre of December, 2015.

Both are said to have been based on hate for a people simply based on their faith.

However, the two massacres also differ in many respects.

The Zaria Massacre of 2015 was unquestionably worse than the Christchurch Mosque Massacre of 2019. Firstly, the former was state-executed while the later was carried out by an individual. Secondly, the Zaria massacre led to the death of over a thousand individuals while about 50 persons were killed in the Christchurch massacre. Additionally, the massacre in Zaria was jubilated by people who share similar sentiments as the killers against the victims, but in Christchurch massacre there were no jubilations even by people of same faith with the attacker or those who don’t share the same faith as the victims.

As a continuation of keeping tabs on the major actors of the infamous Zaria massacre of December 2015, one of the principal culprits of that heinous crime against humanity, Brig.-Gen. A.K. Ibrahim, has been moved from 14 Brigade to Army Headquarters Department of Administration as Deputy Director.

Brig-Gen Ibrahim was a Colonel when he played a major role in the vicious attacks that led to the massacre of over a thousand innocent citizens in Zaria in that eventful weekend and the burial of hundreds of the victims in mass graves.

He was the Nigerian Army’s main and principal “witness” during the one-sided sessions of the Kaduna Judicial Commission of Inquiry, during which he serially lied under oath, including that only one member of the Islamic Movement died and he repeatedly denied the existence of any mass graves, stating that the pictures of mass grave was from a scene of Boko Haram attack in North Eastern Nigeria until his blatant lies were exposed by a confession of the Kaduna state Secretary to the government at the inquiry.
Click here to read the full article.

As Sheikh Zakzaky’s Illegal Imprisonment Hits 39 Months, Zionist-Aligned UAE Reveals Itself As One Of His Tormentors
17 March 2019
It gets more and more excruciating to write about Sheikh Ibrahim Yaqoub al-Zakzaky month in and month out… Knowing that he, his wife Sayyeda Zeenat, and hundreds of other Islamic Movement of Nigeria political prisoners remain in the dungeons of the psychopathic, tyrannical, US-‘Israeli’-owned Abuja regime. We are now in month 39 of his unjust detention following the massacre of 1,000 Muslims in Zaria on December 12th-14th, 2015. Click here to read the full article.

The world is shocked by a recent recorded video clip in circulation of one terrorist in the name of Brentan Tarrant who was seen shooting Muslims worshippers at a mosque(s) in Christ Church city of New Zealand. Not fewer than 49 were reported to have been killed and several others injured.

For many other people I find it difficult to believe my eyes in the first place, how on earth is such a thing possible? How could somebody’s conscience allow him to go on killing another individual who is not only innocent but also promising and peace loving? Click here to read the full article.