Welcome to the Nigeria Digest. In this issue you will find an overview of the last 2 week’s events, including details of annual peaceful religious processions of Arbaeen “#ArbaeenTrekNigeria2017” attacked by security forces, killing and arresting several innocent worshipers in Kano and Abuja.

Arbaeen is a time that the Nigerian regime has often clamped down on the Islamic Movement in Nigeria and in anticipation of this we requested campaigners to demand African Union intervene and ensure security of peaceful protesters, we are continuing our campaign this week with the African Union, please join.

1. Write to the African Commission on Human and Peoples’ Rights and demand they intervene in this case and also highlight the recent crackdowns on the movement at the time of Arbaeen. A model letter can be found below for your assistance.

Re: Sheikh Zakzaky, the Islamic Movement of Nigeria and Atrocities against them during Arbaeen 2017

Further to my last letter requesting your urgent intervention to help halt the continuing persecution of the Islamic Movement of Nigeria by state authorities, as anticipated and mentioned in my last letter the Nigerian army and government forces attacked this year’s peaceful Arbaeen processions in Nigeria. Unscrupulous members of the army and government have previously used a deeply sectarian and divisive narrative to justify violent actions and this year they have killed at least 5 peaceful protesters by attacking Arbaeen processions in Kano and Abuja. In some previous instances, sectarian rhetoric from institutions linked to the government and army have incited mob attacks on IMN members.

I urge your office to condemn this shameful act and make known in unconditional terms that further violations against IMN members or indeed any other political or religious group will not be tolerated by your office or the African Union.

The renowned Nigerian Nobel Prize winner, Professor Wole Soyinka has spoken against the massacre of members of the Islamic Movement in Nigeria and the continued detention of Sheikh Ibrahim Zakzaky.

Speaking to a BBC interviewer as monitored recently, the Nobel Laureate used the term “massacre” to describe the brutal killing of minority Muslims in December 2015 in Zaria…

Today Sunday 12th November, 2017 members of the Islamic Movement in Nigeria (IMN) hosted a thanksgiving reception in honour of members who were recently discharged and acquitted after nearly two years of wrongful detention in Prison. It will be recalled that a Kaduna High Court last week upheld the no case submission of the defense lawyers having examined the charges and listened to all the prosecution witnesses along with their evidence. Consequently, the presiding judge set the accused free, having found that the charges against them were baseless. Those arrested were arrested on Tuesday 15th December, 2015 for protesting the horrendous genocide in Zaria…

Today is the 700th day since the unwarranted detention of our leader, Sheikh Ibraheem Zakzaky, his wife, Zeenah, and several hundreds of other members of the Islamic Movement in Nigeria in various detention centres. That was sequel to the cruel attack by the Federal government using its Military might in an attempt at exterminating the Movement, its leadership, membership and properties. As we are all aware, since that murderous weekend of December 12, 2015, we are still looking for justice on the matter.

Abuja today witnessed one of the worst cases of blatant trampling of the rights of citizens ever seen in the Federal Capital, when men and officers of the Nigerian Police Force unleashed their fury on members of the Islamic Movement on a peaceful religious procession of Arbaeen. The procession, attended by several thousands of persons, including very young children, the aged, women and the physically challenged, met with an extreme rage indicative of deep seated animosity the Nigerian authorities bear for the group. 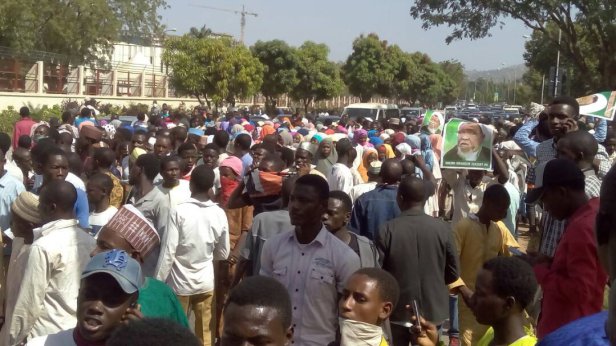 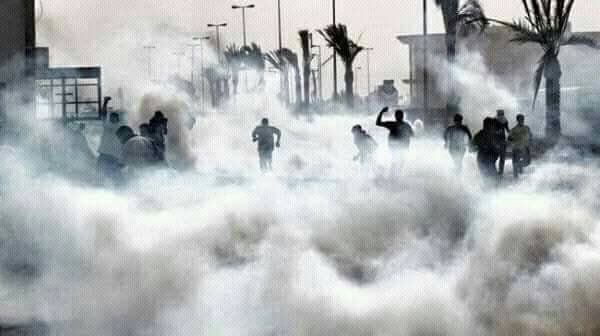 Delivering judgement in the “no case” submission put in by the defense lawyers in the matter, Justice Lolo absolved them of all the five-count charges brought against them. In upholding the no case submission, Justice Esther Lolo ruled in favor of the 10 members of the Islamic Movement who were arraigned before her in 2016 for the alleged offences of Criminal Conspiracy, Unlawful Assembly, Rioting, Disturbance of Public Peace and Causing Grievous Hurt.

Other zones of the #ArbaeenTrekNigeria 2017 making progress
08 November 2017

This years #ArbaeenTrekNigeria from other zones are making some progress after the initial hitch experienced during the flag off of the trek in Kano.

The Pambegua zone still kicked off as schedule despite the initial warning and threat of attack issued by the Governor of Kaduna state, Nasiru El-rufai that he will let loose hell if members of the IMN ever assemble or carry out any form of procession in the state. Thousands of adherents defied the odds and called off his bluff as they turned out end masse for the trek.

The daredevil governor tried to shed blood as he had vowed, when a combined forces of police, soldiers and some thugs were sent to forcibly stop the trek, but their efforts were in vain. They resorted to making arbitrary arrests of anyone they suspect to be IMN member, going from house to house after the successful completion of the trek in that zone. Not less than ten members, including a woman, were arrested… 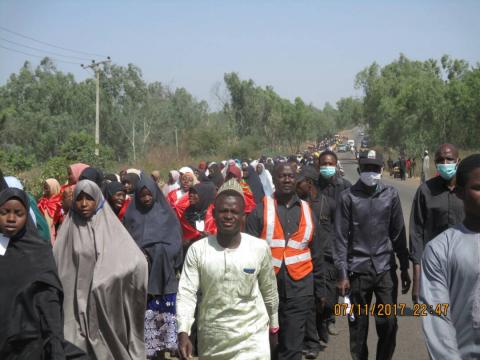 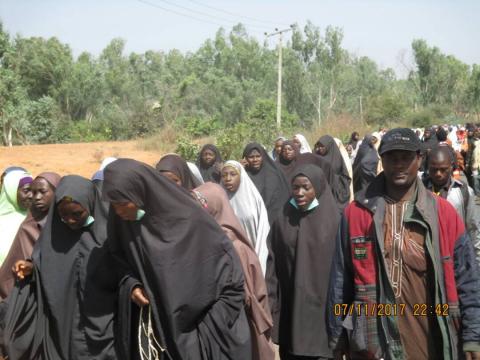 Femi Falana, human rights lawyer, has written another letter to President Muhammadu Buhari over the detention of Ibrahim El-Zakzaky, leader, Islamic Movement in Nigeria (IMN), and Zainab Elzakzaky, his wife.

The lawyer has written a series of letters to the president over the arrest of the IMN leader.

“On December 2, 2016, the Abuja Judicial Division of the Federal High Court ordered the release of Sheik Ibraheem Elzakzaky and his wife, Hajia Zainab Elzakzaky from the illegal custody of the State Security Service,” the letter read.

The Islamic Movement in Nigeria ( IMN) has announced the withdrawal of any further participation from the Presidential Investigation Panel on Military Human Right Violations due to “credibility crisis” the panel is facing.

The credibility crisis became manifest when it could not independently handle petition brought to it by the leader of IMN, Sheikh Ibrahim Zakzaky and had to rely on Nigerian authorities and security agencies to determine whether or not the petition by their victim should be entertained…

IMN Press Release: THE UNPROVOKED ATTACK ON THE IMN MEMBERS AT KANO
07 November 2017

Members of the Islamic Movement in Kano were brutally attacked by the Nigeria Police, Kano command on Sunday 5th November, 2017 at Dangi roundabout in the metropolis. In the unprovoked attack on the peaceful citizens who used their constitutional right of assembly, a brother and two sisters were killed by those constitutionally mandated to protect them.

Those innocently murdered were Umar Ahmad Gano, a father of one, Malama A’isha Ibrahim, a mother of four and Husaina Dr. Dauda, a 200 level student of Civil Engineering from Bayero University. Of the three martyrs, only the female corpses were in the custody of the Movement as the brother was carried away by the attackers. In addition to the high number of casualties, many were arrested including women…

I have now become an orphan with Shahida Husaina not physically present with me in this world, because she has always been a motivation force in uplifting my spiritual status were the words of Dr Dauda Nalado, father to Shahida Husaina, after her burial around 9 am, today Monday 6th November, 2017.
Shahida Husaina is one of the confirmed martyred Sister of the IMN killed by the Nigerian Police in Kano after terminating the days annual Arbaeen Trek in Kano Sunday 5/11/2017. The funeral prayer was lead by Mal Sunusi AbdulKadir koki with family members, relations, friends and some members of the IMN present. 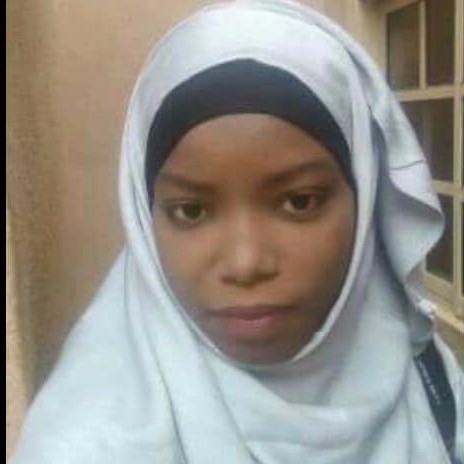 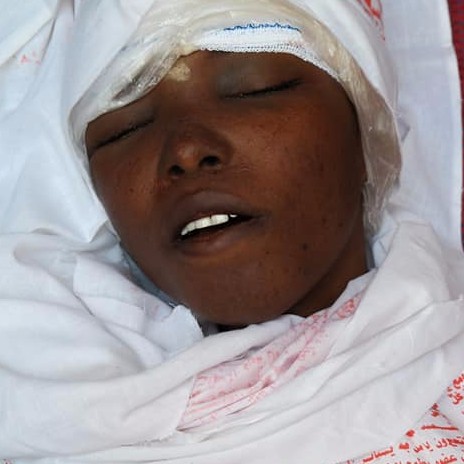 Reports emanating from Kano indicate that not less than five people were killed by policemen this afternoon in an attempt to break this year’s ArbaeenTrekNigeria that was commenced earlier today in Kano. Those confirmed to have been martyred included women, Hussaina Dauda Nalado. Several others were injured in varying degrees as police opened fire pointblank without provocation or warning at the peaceful trekkers… 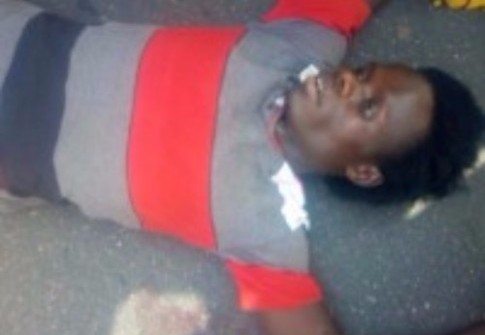 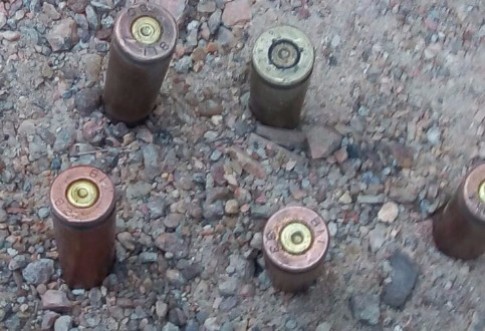