Non-violent extremist culture is real, and we need to tackle its effects now

Home
Uncategorized
Non-violent extremist culture is real, and we need to tackle its effects now 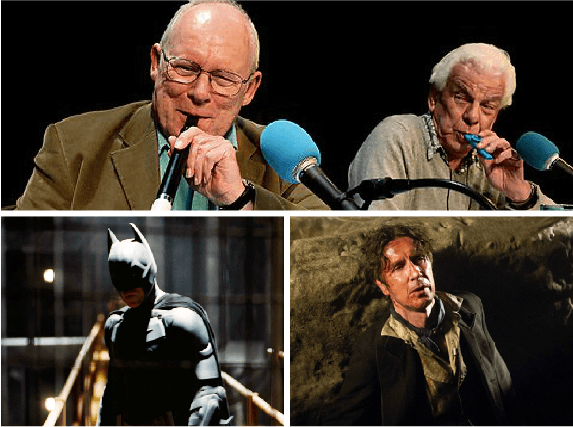 I was totally depressed by David Cameron’s speech on Monday, and so turned to some light entertainment to cheer me up. It is then that I realised, whilst wallowing in my cultural certitudes, that actually DC had a point. Our culture does need some serious reconsideration. We listen to, watch and internalise messages of hate, violence and prejudice on a daily basis without realising what is happening.

I listened to a comedy. As I laughed to try and drown out the day’s misery I began to realise that every voice I listened to was that of a man and that no woman was reflected in this programme[1]. No wonder the Prime minister flags up sexual equality as an area for concern…

Appalled, I turned to Youtube for some respite. I watched a five minute minisode of a favourite drama, and once more was confronted by the violence at the core of my cultural upbringing[2]. The hero, in this prequel to the main story of the series, sees him as a pacifist refusing to take part in a war between his people and another race. However here he becomes aware for the need for him to reject this, and turn himself into a warrior. Later in the main narrative he commits genocide against both his people and the other race, and bizarrely, as a result becomes a much better character dedicated thereafter to save countless others. There is some confusion though and it later transpires that he may not have actually done the devilish deed, except that elsewhere in the storyline he does commit genocide but only against the other race. He turns from a pacifist, to an enraged warrior to a supremacist genocidal maniac.

The Prime Minister must rightly point out that this type of glamorisation of supremacist and violence and atrocities – often disseminated by social media – is a blight, but also deeply attractive. Sexy even. But that can be no excuse.

I decided to turn to an Anglo-American cultural product that I know is deeply embedded in the Muslim psyche. But alas, no joy there. Even this, endlessly talked about four years after the last film in the series, makes real everything David Cameron has said.

Here, a lone vigilante becomes a hero by fighting the corruption of society’s institutions – the police, city hall, in fact the entire establishment at some point or another has conspired against him and the weak and oppressed of society as a whole.

His world-view demonises western society as corrupt and decadent. His solution is to militarise himself in defence of the oppressed and in pursuit of justice. He is well heeled, so poverty is no excuse for him, just as David Cameron has pointed out. And he radicalises others, especially the young. Even a young member of the police force, is groomed to take his place.

These downtrodden carry many grievances and our hero battles against all that is holding them down. It is clear that our hero not only no longer fears death (just an ignoble death, imprisoned and unable to fight his cause), he actually welcomes it. He repeatedly makes it clear that he is willing to sacrifice his life, despite many attempts by those that love him to deradicalise him.

There is a twist too, as he also fights others who were trained in the same cult as he. They differ over the interpretation of their creed – a mini sectarian war – drenched in blood, torture chambers (escaping from which requires an ACTUAL leap of faith), and mediaeval milieus in a modern age.

Ultimately the ending of this film is left open to interpretation – did he die and achieve martyrdom or is he still alive? Is the possibility of the life shown, an afterlife – was he rewarded for his martyrdom with the happiness he never could have in this world? Nevertheless his desire to lay down his life for his cause against the injustices of state and society is never questioned. It is what makes him the glamorous hero that he is. Very attractive. Maybe even beautiful?[3]

But stop, no more beautiful young and not so young men. David Cameron is right we have to break the link between our culture and extremism. Wallowing in this type of film, TV, music and literature simply predisposes us to supremacist ideas, and develops our grievance justifications.

Of course I am being flip. But really, if we are looking for cues to supremacism and violence, they are not far. The violent, racist patriarchy we live in is internalised by all of us. I have seen many more shares of the Batman vs Superman trailer on my social media timelines than any religious tract, let alone one that promotes sexual inequality, supremacism and grotesque violence.

If we want to tackle the things wrong with our society – we need to identify them all properly. 700 odd Batman and Catwoman wannabes upping sticks and going to Syria to join Daesh is a small example of the many symptoms the structural problems of inequality are creating in this world. It’s time to tackle it all, and to find the right people to tackle it with.