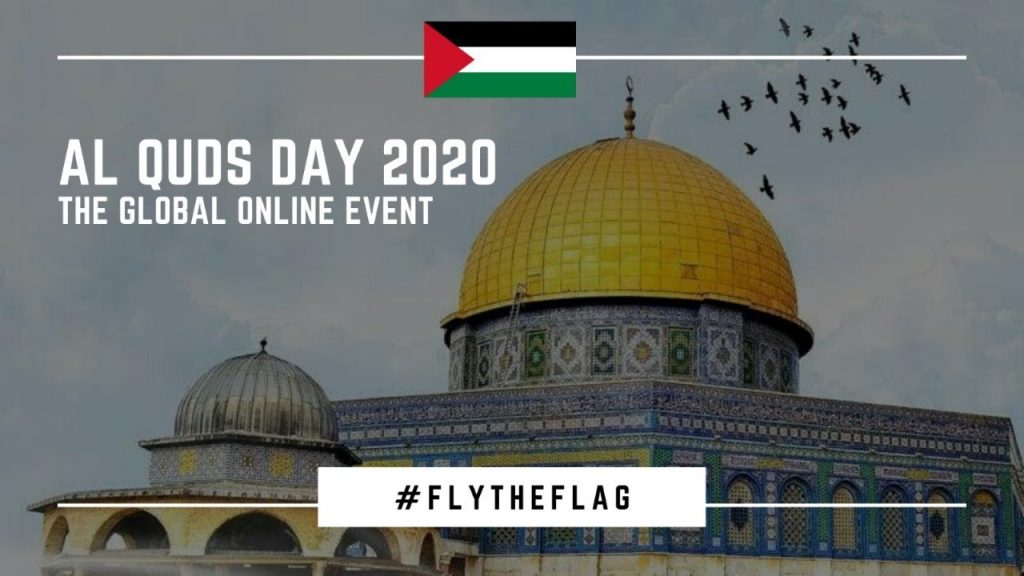 IHRC has complained about the Jewish Chronicle’s reporting on this year’s Al-Quds Day virtual event.

Complaint re article on or around 27 May 2020 in The Jewish Chronicle, ‘Government lawyer joined rally featuring call for removal of Jews from Israel’

IHRC finds itself, once again complaining regarding your paper’s attacks and blatant misrepresentations of Al-Quds Day.  This is a long term project, it would appear, for the JC.  We refer below to the specific article ‘Government lawyer joined rally featuring call for removal of Jews from Israel’ printed and published online, on or around 27 May 2020.

The article refers to an on-line event to mark Al-Quds Day at the end of May 2020, of which Islamic Human Rights Commission was one of the organisers.

As you are well aware, this event is usually an annual march and rally in London, and has taken place for almost 40 years in the UK.  IHRC has been one of the organisers for a decade or more.

Each year since the end of the 2000s the march and rally has been attacked and harassed by a combination of far-right groups, pro-Israel and Zionist groups.  The march has often been physically attacked, protestors attacked whilst returning home, and during the rallies some vehemently racist, anti-Muslim, Islamophobic abuse has been hurled at protestors, a large number of whom are women and children.  None of this violence has made it onto your pages in any of your reports, including this one.

Al-Quds Day supports the rights of Palestinians to self-determination and has been a for a long time, an inter-faith and inter-community event encompassing, Muslims, Jews, Christians, people of different faiths and none.  It has also been addressed and supported by Israelis.

Al-Quds Day over the years

The Counter-demo over the years

Notwithstanding this, The Jewish Chronicle has misrepresented this event repeatedly.

Claims of calls for ‘extreme violence’

“The JC has reported on how past Al Quds Day marches witnessed calls for extreme violence against Israel.”

We are unsure as to what reporting this refers to, however we refute entirely that ‘participants at the event have called for extreme violence against Israel.’

Whilst JC is free to support Israel right or wrong, it cannot simply misrepresent those who support equality and human rights for Palestinians.

The article then proceeds to describe a failed attempt by the Campaign Against Antisemitism to have Nazim Ali prosecuted for comments he made in support of the victims of the Grenfell Fire in 2017.

“In June 2017, Nazim Ali faced a police investigation after he was filmed suggesting Zionists were responsible for the Grenfell Towers tragedy in West London. After consideration, the Crown Prosecution Service decided not to prosecute.”

This bears no relevance to the accusation that there was ever any call for ‘extreme violence’, and substantially misrepresents the campaign against Mr. Ali launched by the Campaign Against Antisemitism (CAA).  The CAA is not mentioned in this article at all.  Given you yourself seem to champion CAA, this seems a strange omission.

As you are aware, the CAA unsuccessfully lobbied the CPS to prosecute Mr. Ali for his comments under the Public Order Act.  When the CPS refused, the CAA attempted a private prosecution which was taken over by the CPS and closed down before it could proceed.  The CAA then attempted to judicially review this decision and failed. The High Court held that Mr Ali’s comments could not be said to be abusive nor constitute any threat to public order. Further the High Court went so far as to contextualise each of the three comments that the CAA complained of, and highlighted the problems of CAA’s decontextualization of the comments.

This pattern of decontextualization and misrepresentation is evidenced throughout the article e.g. in its description of David Collier.

Your article decontextualises of the comments of Imam Muhammad al-Asi.  The article states:

“He [Imam al-Asi] then said: “There are certainly some of the Jewish faith who have the freedom to settle in the Holy Land.

“But there are definitely many more others who don’t have the right to be there.

“So our concern in the future should be on trying to figure out those of the Jewish faith who have been hijacked by Zionism and sort them out from the Zionist culprits and war criminals that have to be defeated, and have to withdraw by force because that is the only option left for them by their own choice. Begin to speak about who can stay in Palestine.”

These comments are extracted from Imam al-Asi’s discussion about the rights of Jews including Zionists to settle in and stay in the Holy Land going forward.  His comments regarding war criminals are very specific and clearly relate to the invocation of the natural law of self-defence invoked in cases such as that of Eichmann in justifying the removal by force of war criminals from one jurisdiction to another for trial.  His comments are clear and his acceptance of the ‘right to stay’ of Zionists is entirely opposed to Lee Harpin’s interpretation.  The full section of Imam Asi’s comments on this can be heard here from 1:50:26 to 1:54:23.  This section and his preceding comments dealt with the use of language in discussing the conflict – notably his focus on shifting the discourse to one of colonialism as opposed to occupation, and to discuss the right to stay as opposed to the right of return to clarify the rights of those who have come as part of colonisation to still stay in any post-colonial state.

The Jewish Chronicle may wish to oppose equality before the law and support instead the supremacy of one group of citizens over others in Israel or elsewhere.  They may further wish to defend and support war criminals in Israel and elsewhere, however that should be made explicit rather than trying to misrepresent those who would have war criminals and those responsible for crimes against humanity removed from their positions of power and abuse.

Despite featuring accusations against us, the JC did not offer us an opportunity to reply.

As a result of this article and the subsequent Algemeiner article based – it would appear – on the JC article, there has been a barrage of harassment, racist abuse and hate speech, including incitement to have people strangled, mutilated and ‘sorted out’ levelled at participants.

This article has once more played to a gallery of those intent on thuggery and intimidation.

As with many of JC’s pieces on us, you lambast us for our pro-Palestine stance using the tropes of ‘Islamic’ and Muslim ‘extremism’ ‘fanaticism’ ‘terrorist sympathy’ and ‘violence’.  This article is no different.

The JC’s failure to engage with critique of Israel and anti-racist work is deeply dispiriting.  The impact of your reporting is becoming increasingly virulent and derogatory, demeaning and discriminatory.  People in different circles take this type of article as a green light to make threats or openly racist and abusive remarks.

This not only demeans those targeted by your vitriol, it demeans you and your paper.

It is not too late to change track at the JC. We suggest you start with a full apology to us for this article and its removal from your on-line pages.