Open letter to WSJ for endorsing murder of Iranian scientist 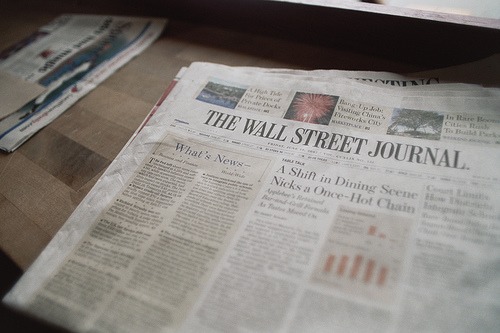 In the opinion piece of the Wall Street Journal entitled ‘The Intrigues of Persia’ [WSJ 16 January 2012] on the murder of the Iranian scientist Mostafa Ahmadi Roshan, it is written:

“His death will serve a useful purpose if it convinces a critical mass of his colleagues to cease pursuing an atomic critical mass. That wouldn’t be a bad way to bring the confrontation over Iran’s nuclear program to a peaceful conclusion.”

Applying the same logic, would assassinating journalists who become cheer leaders for illegal wars serve a useful purpose if it can stop such wars?

In the build-up to the 2003 war on Iraq, journalists like you, David Singer of the New York Times and its executive editor Bill Keller were beating the drums of war by printing lies about Sadam Hussein having weapons of mass destruction and links with Al Qaeda.

The Iraq war was illegal under international law as stated by the former United Nations Secretary General Kofi Annan. As a result, Iraq was totally destroyed, over a million people lost their lives and over five million became refugees. It is now engulfed in bloody sectarian conflicts instigated by the occupation forces. The war claimed the lives of over four thousand American soldiers and cost the nation nearly $ 1 trillion.

Justice would require that journalists like you, Singer and Keller who whipped up war hysteria based on lies and deception be held equally culpable for the crime of promoting an illegal war that caused irreparable damage and destruction to Iraq and its people.

Nine years after the Iraq war, the US Fawning Corporate Media including WSJ and NYT, has started beating the war drums again, this time for an attack on Iran. There is an excellent article by Ray McGovern, US/Israel: Iran NOT Building Nukes, which exposes the deception practiced by NYT through omission, distortion and suppression of information to give the false impression to its readers that Iran has taken the decision to build nuclear weapons.

Ray should know what he is saying. He worked with the CIA for 27 years as an analyst, prepared the President’s daily brief and briefed him, and chaired the National Intelligence Estimates.

Your editorial is a typical case of purveying false information to build public opinion for a war on Iran. You state that the murdered Iranian scientist “was engaged in building a nuclear bomb”. This is patently untrue as you, having ready access to information on this issue, must have known. Only this month, both Israel’s Defence Minister Ehud Barak and US Defence Secretary Leon Panetta categorically stated that Iran was not trying to develop a nuclear weapon.

Thus, you were knowingly and willfully misleading your readers to build support for an unlawful attack on Iran which could have disastrous consequences, not only for Iran but the whole world, the US included.

For the sake of promoting the interests of the Oil lobby and the Zionist lobby you are prepared to practice deceit on your own people and mislead them into supporting an illegal war which would ruin your nation and cause immense hardship to the people. In a civilized society based on the rule of law and guided by ethical principles, warmongering journalists like you should be prosecuted for treason.

The writer is chairman of Citizens International, Penang, Malaysia.  This piece was first published in Harakah Daily