Ottomania and the continuing conceits of Empire.

Home
Uncategorized
Ottomania and the continuing conceits of Empire. 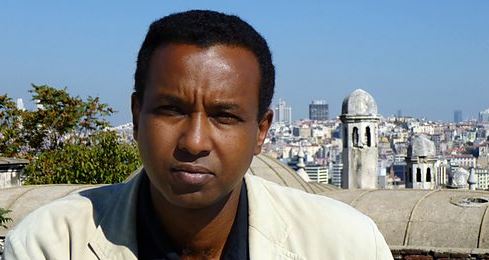 Three hours isn’t much to cover half a millennium of politics but still much more than has been hitherto given to the subject on mainstream British TV.  What a shame then that all we got was more of the same – more of the same exotification (episode one went with harems and slaves amongst other familiar tropes); more of the same oversight of inconvenient parts of history (episode 3 bypassed the soft coup of the 1990s and the attacks on the Refah party and Fazilat Party); and the same slow motion shot of festooned dancing men in the current day celebrating the birth of the Ottoman dynasty founder, punctuating all the episodes, right up to the end of the last one.

Perhaps worse than the casual Orientalism thoughout are the indisputable factual errors.  Not the interpretation, just the failure to get uncontested things right.  If this was a history essay, even the most uncritical colonial pedagogue would surely comment, “Sloppy work, Mr. Omaar.”  The AKP Party, the last episode claimed, is the first democratically elected Islamic government in Turkey – only it’s not.  Turkey was the only major Muslim country not to be occupied by colonial powers – only it wasn’t.  Queen Elizabeth I wrote to Sultan Murad III in Arabic (yet the letter shown was in Turkish) and so on.  The mistakes are so glaringly obvious it’s as if there is no expectation of an intelligent or informed or critical audience.  No-one can / will critique this or if they do we will not acknowledge it, therefore who cares?

Well, I for one do.  Don’t get me wrong, there is plenty to criticise the Ottomans about, not least the rivalry between themselves and the Safavids (equally to blame) which institutionalised sectarianism, saw mass expulsions of Muslim populations and killings that call into question the idealisation of  either political entity as Islamic.  All this runs concurrently with both Safavids and Ottomans courting Western imperial powers and eventually internalising the sense of inferiority projected on them that resulted in the decline of their power and the full colonisation (mind, body and soul) of the territories they ruled.

We live the repercussions today and yet, we have learned little. In particular the internalised inferiorisation of Muslim history still comes through in this series, despite the number of Muslims involved in the production.  Reproducing colonial tropes – even the benign ones (the Ottomans were quite tolerant all things considered type) – isn’t okay, just because you are a Muslim.  Let’s take the timeline – whilst running concurrently with the rise of imperial European powers, the Ottoman Caliphate’s more positive attributes are discussed in insular fashion.  Repeatedly remarked upon as tolerant, the context given for this never extends beyond the realm of its own borders.  The narrator essentially tells us that, unlike the stereotypes of Muslims that we have as intolerant and chauvinist, this Ottoman bunch weren’t such a bad lot.

Set against this is the controversy around enslavement of one Christian son per Christian family.  Again, even when explained in friendlier terms, this is explained as a way of making a strong core for the empire, and it is mentioned that such slaves were educated, often found jobs in the administration of the empire, many becoming Vazirs (Prime ministers as translated by the programme makers as apparently there can be no other form of political organisation as one based on Western norms and terms).  There is no context or crucially comparison with the enslavement of  millions, and the concurrent genocide, in and by Europe at the same time.  Now that is a context much needed, in fact essential, if we are to have a discussion or even a history of the so-called Muslim Emperors of Europe.  How they were the same or different to the rest of Europe is not just a relevant question, it is THE question.

What scope was there for a non-English subject to become Prime Minister, in the same period, or for that matter a non-majority ethnic national or an enslaved person in any of the post-Westphalian states that marked the emergence of Europe?  Without such context, what we have is a series that presents itself as historical but which dehistoricises Europe whilst reproducing a historiography of Ottoman rise and decline that fits in with the idea that in the end the West became the most morally and technologically advance empire and they deserve the spoils they have, in this narrative, slightly greedily ogled after the second world war i.e. unrestricted access to fossil fuels.

More can be said, but in the end it will be more of the same, just as sadly this series has been.

Arzu Merali is a UK based writer and researcher, and one of the founders of IHRC. Follow her on twitter @arzumerali.