Our answer to the Paris attacks 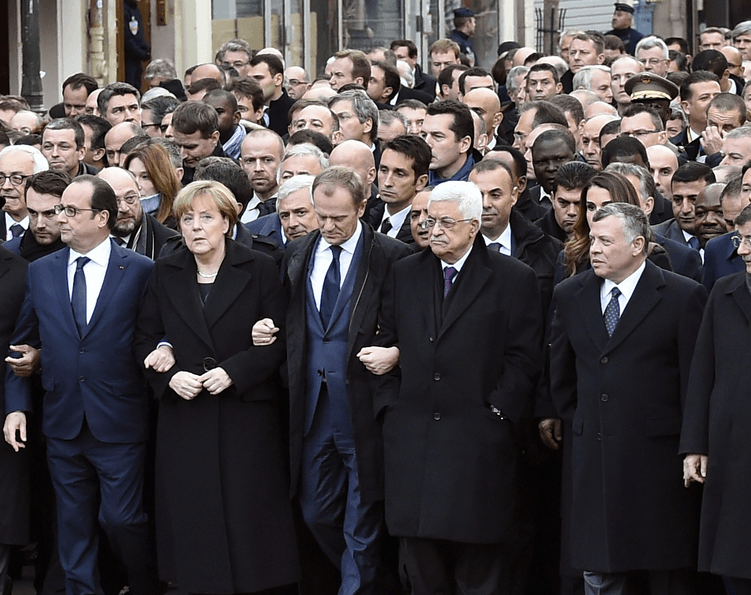 Europe is going through a profound moral crisis in the midst of a social and economic crisis. The terrorist attacks in Paris have highlighted this crisis. Anger and fear are feeding into crucial questions such as: what is going on in Europe? And how do we get out of this mess?

The analysis of the West

I distinguish two views on the root causes of terrorism. I call them the analysis of the West and a decolonial perspective of the rest. The analysis of the west is represented in the 2011 document of the British government titled Prevent Strategy. It states: “We judge that radicalization is driven by an ideology which sanctions the use of violence; by propagandists for that ideology here and overseas; and by personal vulnerabilities and specific local factors which, for a range of reasons, make that ideology seem both attractive and compelling.” In my opinion, this analysis is wrong.

First, empirically it is just not correct. Go to the suburbs of Paris, London, Brussels or Amsterdam and talk to the youth. Ask them what drives their “radicalization”. The answers can be summed up in one sentence: hypocrisy of the West. You will hear a myriad of statements about double standards.

“What makes the lives of 12 Parisians killed by terrorist bullets more worth than the lives of 2,100 Palestinians killed by Israeli bombs?” “Why is the freedom of expression only defended for people who share the dominant view of the West and restricted for people who criticize the West?” “Why does the West support military coups in the world in the name of promoting democracy?” “Why does the West constantly links terrorism to Islam and never to other religions in whose name terrorist acts are being committed?” “Why is the use of violence legitimate when it defends the interest of the West (wars, occupation, coups and murders) and illegitimate when it combats those interests?”

It is this hypocrisy that drives “radicalization” and makes people angry.

The second fault in the analysis of the British government is the idea that people who are attracted to “terrorist” organizations have personal deficiencies. They are mentally unstable. This is incorrect. Nelson Mandela was the founder of an organization what was once labeled “terrorist” by the West. The Europeans who fought Nazism with arms were labeled “terrorist” by Hitler. Hamas is fighting against the occupation of Palestinian lands and is labeled “terrorist”. So the notion of “terrorism” has to be taken into account. Terrorism is not a matter of “personal vulnerabilities” but of ideological perspective.

My counter analysis of the Prevent Strategy is summed up in three points. First, the root cause of terrorism is the hypocrisy of the west regarding human norms and values. This hypocrisy generates the anger that is perceived as radicalization by the West and as a legitimate grievance by the rest. I have already explained this above.

Second, there are organizations that use terrorism as a strategy and have been supported by the West in another hypocritical strategy of fighting communism in Afganistan and fomenting inter Muslims strive (sunni-shia). So the west has supported the rise of these organizations and is in no moral position to criticize these organizations unless they recognize their responsibility in this regard.

Third, the multicultural societies in the west are not isolated islands but are deeply embedded in Diaspora ethnic and religious communities all over the world. So the idea of building Fort Europe is a totally unrealistic view of how the world functions.

The policy implications of the analysis of the west are laid down in the Prevent strategy document. In sweet words (“promotion of cohesion”, “Supporting sectors and institutions where there are risks of radicalization”, “supporting vulnerable people”) the foundations of a modern police state are being set up. The state organizes data collection of suspicious individuals and organizations by mobilizing broad segments of society (teachers, doctors, social workers). The definition of “suspicious” is extended to all individuals and organizations which criticize western hypocrisy. The autonomy of judicial system is put aside. In the UK a person can be made stateless by decree of the Home Secretary. There is no legal procedure. A person can be kidnapped and held on Guantanamo Bay without due legal proceedings. Restrictions are places on basic freedoms (freedom of assemble, demonstration and speech). You can get in prison for years just for throwing a stone.

This policy is doomed for failure. It will create more anger and strengthen the breeding ground for organizations that advocate terrorism as a strategy in the West.

I put forward a decolonial strategy for the west on .. fronts.

The first one is a declaration of principles of how a future Europe should look like. We, people who migrated from non-western cultures to Europe, clearly have a stake in a multicultural society of Europe. We, our children and grandchildren, want to live in peace and dignity. We want to be judged on the content of our character and not on a Eurocentric misrepresentation of our culture. We don’t want to be insulted on a daily basis. We don’t want to live with fear for violence, be it from the state, extreme right or terrorist groups that commit violent acts in the name of defending our culture. We should develop our declaration of principles and ask our communities and our allies in the West to support these principles. The support entails the dismantling of the police state that is a violation of these principles.

The second one on is action plan against hypocrisy. We have many examples of how this can be done. When reporters asked Muhammad Ali how he felt about the attackers of the World Trade Center in New York sharing is Islamic faith, he responded with the question: “Ho do you feel about Hitler sharing yours?”

Dyab Abou Jajja, founder in Belgium of Movement X, presented an alternative for the slogan “I am Charlie”. “I am not Charlie, I am Ahmed the dead cop. Charlie ridiculed my faith and culture and I died defending his right to do so,” he twittered in response to the new hype. Ahmed Merabet is the 40-year-old police officer who was killed in the Paris attack.

We need a plan against hypocrisy that does away with double standards and starts with the premise that all lives matter and human rights including freedom of speech should be for everybody. This action plan against hypocrisy will develop criticism of the double stand and hypocrisy in the public debate. TV shows, radio programmes and online communities should be devoted in analyzing hypocrisy and double standards and develop a new climate of discussion and debate that involves broad sectors of the society.

The third one is a clear stand on our strategy for a multicultural Europe. Malcolm X had laid down our principle: “We declare our right on this earth…to be a human being, to be respected as a human being, to be given the rights of a human being in this society, on this earth, in this day, which we intend to bring into existence by any means necessary.” We should say it loud and clear: the necessary mean in this time, in this period and in this Europe is non violent action and civil disobedience. We should advocate non violence and civil disobedience as an alternative strategy against the strategy of those forces who advocate violent revenge for justified anger about western hypocrisy.

The last one is the concept of unity in diversity. We should advocate the right to disagree and the obligation to come together not because of common goals but because of common oppression. In many social movements there are strong tendency of sectarianism that refuses to build united movements because of disagreements about common goals. We should acknowledge and respect that we might have different goals (a Muslim, Christian, Hindu or atheist might have different missions in life), but we are all victims of the rise of new police states in Europe. Our common oppression should be the prime motivation for common together to develop a strategy and build the climate and infrastructure for unity in diversity.

The stakes are high in Europe. The manipulation of the sentiments that the Paris attacks have created take different forms. In France Jeannette Bougrab, former Secretary of State under the presidency of Nicolas Sarkozy, accused activists from Y’a Bon Awards and The Indigenous People of the Republic for being responsible for the climate of the attack because of their mobilization against islamophobia. This is dangerous move to criminalize activists against islamophobia and the rise of the European police state. We need an answer to these developments both in an alternative analysis and an new strategy for a new Europe.

I express my gratitude to Arzu Merali from the Islamic Human Rights commission for helping me with the research on the UK.

Sandew is an independent scholar and activist and director of the International Institute for Scientific Research in The Hague, Holland. He is co-editor, together with Prof. Stephen Small of the University of California Berkeley, of the book series Decolonizing The Mind.