Perils of the Israel model 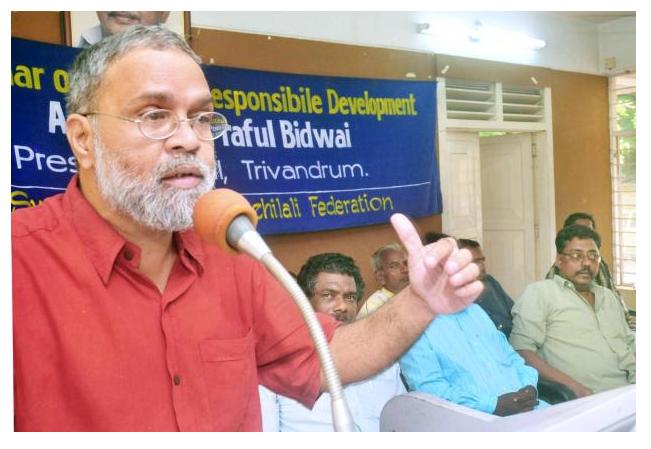 Perhaps never before have so many words, images, sketches and graphics been wasted by the Indian media on a complete Red Herring. For three days, Abdul Karim Tunda, the ruthless Lashkar-e-Tayiba leader, bomb-maker and alleged ‘mastermind’ behind countless terrorist attacks on Indian civilians, dominated the front pages of our newspapers and our television screens.

His reported arrest in Mombassa, Kenya, was declared a breakthrough — a key that would open up the secret, dark, murderous world of the Lashkar and kindred groups and help India wage a decisive battle against terrorism.

Tunda, the one-armed one, could tell us more about Lashkar than anybody else. Our terrorism ‘specialists’ could barely contain their excitement. Out came the old dossiers on Tunda compiled by the intelligence agencies. Of course, there was some apprehension among the ‘cognoscenti of counter-terrorism’ that India might not have exclusive access to Tunda, who they believed was specially ‘rendered’ to the United States. But access there would be.

It turns out that ‘Tunda’ was in fact Ismoila Olatunde Rufal, a British national of Nigerian origin! On July 24, he was deported not to the US, but to the UK. This confusion is utterly deplorable — indeed even more so than the US Federal Bureau of Investigation’s harassment in the late 1960s of anti-Vietnam war activists because they possessed books on ‘Cubism’, a school of painting, which FBI agents confused with Castro’s Cuba! (Khaki brains apparently think alike everywhere.)

The confusion exposed the ‘clutching-at-straws’ desperation of our intelligence agencies and sections of the media eager to find (or cook up) any evidence for their preconceived notions.

Sadly, even the collapse of the Tunda story has not dampened the enthusiasm of those who are convinced that Pakistan-sponsored terrorists were responsible for Mumbai’s terrible bomb blasts and that the best way of punishing their masters and to deter future terrorist violence would be to launch sharp, surgical, pinpointed military attacks on targets in Pakistan, such as terrorist training camps.

This assumes both that Pakistani official agencies were directly culpable, and that the targeted ‘training camps’ in ‘Azad Kashmir’ are fixed, permanent entities. There’s no strong, leave alone conclusive, evidence for the first proposition. And Indian military personnel have repeatedly said that the ‘training camps’ are makeshift arrangements, which don’t last long. Realistically speaking, they cannot be effective targets.

Clearly, what inspires or charges the proponents of strikes on Pakistan is not military efficacy (or lack of it), but an urge to tell the world that India won’t take it ‘lying down’; it is no longer a ‘soft State’, which will allow hundreds of its citizens to be killed in terrorist bombings; India is prepared to wage a ‘do-or-die’ battle against terrorism (the same aar-paar ki ladai that Atal Bihari Vajpayee declared after the Parliament House attack of December 13, 2001).

The chosen model of the strike enthusiasts is Israel, which never fails to respond to terrorist attacks with all-out punishment. Indeed, it practises what may be called ‘maximum deterrence’, using unlimited and overwhelming force so as to ‘instill the fear of God’ in the adversary. Ultra-nationalist and militaristically inclined advocates of armed strikes against Pakistan admire Israel precisely for this.

In particular, they support current Israeli actions in Lebanon and Gaza and hold that these will deter Hizbollah-and Hamas-style ‘terrorists’ from launching attacks on Israeli civilians. They demand that India emulate the ‘Israeli model’ and demonstrate its ‘manhood’. Several television programmes have aired such views.

This is a recipe for disaster and for courting more insecurity and making our citizens more vulnerable to terrorist violence. Consider the following four arguments. First and foremost, Israel was wrong to invade Lebanon, and earlier, Gaza by unleashing savage attacks on non-combatant civilians. It is culpable of waging a war of aggression against Lebanon. True, Hizbollah militants earlier raided the Israeli military, and killed and abducted its soldiers. But that is not a legitimate cause for Israel’s war.

Hizbollah is not a Lebanese state agency, but an independent, private militia. It is one thing to retaliate against Hizbollah with pinpointed force; quite another to invade a whole country, target its civilians and kill them, and destroy its economic infrastructure, including ports, highways, bridges and water supply. Israel did not act in self-defence. Its actions were designed to destroy a whole society, which has rebuilt itself slowly after suffering the trauma of prolonged war and Syrian interference, and which just last year staged the Cedar Revolution much acclaimed by the West.

Second, Israel is a terrible model from a legal and moral point of view. It bears the dubious distinction of being a nation in the longest violation of United Nations Security Council resolutions (for example, 242 and 338). It has the contemporary world’s worst record of occupying another nation, for 39 years. Israel has brutalised the Palestinian people in the most inhuman manner conceivable.

As I observed during my visit to Israel/Palestine two years ago, the occupation comprehensively oppresses the civilian population, controls all its movements, confiscates its land and steals its income and resources, including scarce water. Israel consciously impoverishes the Palestinians and expels them at will. The occupation makes India’s humiliating and deeply bruising experience of colonial rule look like a picnic.

Israel’s anti-terrorism rhetoric is deeply hypocritical. It was itself born in Zionist terrorism, practised by groups like the Haganah and Irgun, to which leaders such as Menachem Begin, Ariel Sharon, present Prime Minister Ehud Olmert and the father of today’s Foreign Minister Tzipi Livni belonged. The terrorists’ work was crucial to the establishment of the Israeli state on Palestinian land. As Begin put it: ‘Blood brought our revolt to life.’

Last week (July 22), Israeli leaders, including former prime minister Binyamin Netanyahu, celebrated the 60th anniversary of one of Zionism’s worst terrorist attacks, on the King David Hotel, the headquarters of the British representative in the region. 91 people, including 28 Britons, perished in the attack. It is relevant to recall the episode because Israel’s own history of terrorism has inured and desensitised its leadership to cruelty and barbarism against civilians. The leadership is no longer capable of thinking of justice and decency, not even proportionate use of force. It has embraced the idea of ‘maximum deterrence’ and damage with a vengeance.

Third, Israel is quintessentially expansionist. It has annexed Palestinian territory and is expanding its illegal settlements on the West Bank — not least through the egregiously illegal 700 kilometre-long Security Barrier or Apartheid Wall, which has been pronounced to be in violation of both international and Israeli law by the International Court of Justice.

Worse, Israel has practised collective punishment of innocent civilians and laid siege to Gaza and parts of Lebanon, including Beirut, while cutting off their power and water supply, thus depriving ordinary people of the means of survival, including food — crimes that are punishable under international law. Israel has created half-a-million Lebanese refugees through its invasion. Like ethnic cleansing and expulsion, these actions are unacceptable, unconscionable and unworthy of any civilised state. Even Western governments allied to Israel, barring the US, have condemned its savagery.

India is being asked to emulate this disgraceful conduct as a model. But the model is itself rooted in illegality, gross immorality, and terrorising of innocent civilians. Israel can’t justify any of this on grounds of self-defence or fighting ‘terrorism’. It is important to recall that the present eruption of violence was deliberately provoked by Israel when it recently liquidated the Palestinian Authority’s new internal security chief, Abu Jamal Samhanada. This brought on Hamas attacks with primitive home-made Qassam rockets.

Israel retaliated ferociously to these, even killing picnicking families of civilians. In the escalating violence, Hamas militants killed two Israeli soldiers and abducted one. Now, an occupied people are perfectly within their legal rights to militarily target and kill occupying soldiers, although not to abduct them. But it is even more illegitimate to abduct civilians, as Israel has often done — and recently did again by arresting one-third of the Palestinian Authority cabinet.

Finally, Israel has not gained security for its civilians through its indefensible actions. Indeed, they have become more, not less, vulnerable. Although Israel has the world’s tightest security restrictions and the thickest density of barriers, X-ray machines, bomb detectors and so on, Hamas militants regularly manage to penetrate the shield and kill Israelis.

The more savage Israel becomes in repressing Palestinians — and now the Lebanese — the greater the hatred it generates in the Arab world and its own neighbourhood. Indeed, the present invasion has inflamed the entire volatile region, with potentially horrifying consequences.

If India emulates the Israeli model, it will not only discredit itself as a lawless and irresponsible nation and a brigand, but promote lawlessness and unspeakable violence in its own neighbourhood.

There is a sane, sober and peaceful alternative to this approach: to build confidence among the neighbours, strengthen people-to-people contacts and pursue the peace process with Pakistan while bringing the culprits of terrorism to book. But that means rejecting ‘Tunda-style’ wishful thinking and militaristic approaches.

Praful Bidwai is former senior editor of The Times of India, Praful is a freelance journalist and regular columnist for several leading newspapers in India. He is an associate editor of Security Dialogue, published by PRIO, Oslo; a member of the International Network of Engineers and Scientists against Proliferation (INESAP) and co-founder of the Movement in India for Nuclear Disarmament (MIND). He is a co-recipient, with Achin Vanaik, of the International Peace Bureau’s Sean McBride International Peace Prize for 2000. His latest book, co-authored with Achin Vanaik, is New Nukes: India, Pakistan and Global Nuclear Disarmament (Interlink 1999).