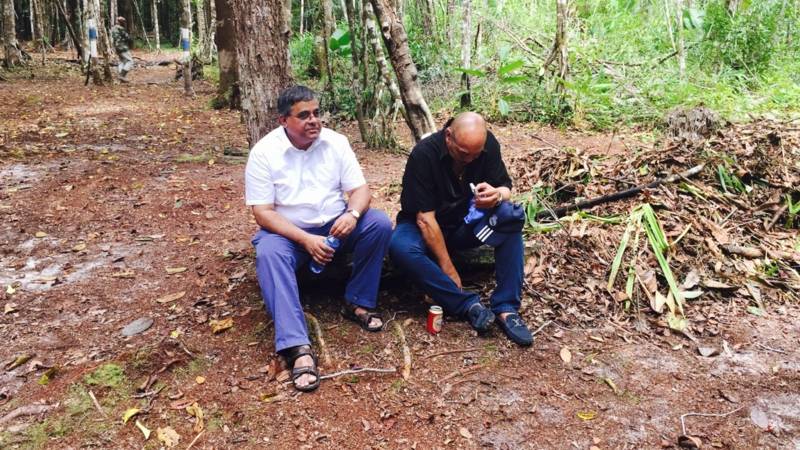 In this series of podcasts, activist and thinker Sandew Hira of the Decolonial International Network Foundation talks with Arzu Merali of his experiences of trying to set up a Truth & Reconciliation project in Suriname to deal with the legacy of the 8 December 1982 killings.

Hira’s family members were caught up in the events that saw coup leaders order the summary executions of 15 men by the military government of Desi Bouterse.

Episode 1: The Background to the December Killings in Suriname.

This episode looks at the history of Suriname alongside Hira’s political journey as a young Surinamese coming to The Netherlands and living in diaspora. His political activism and beliefs prior to the coup the brought Bouterse to power and his family’s experiences as the events of 8 December become known.

Episode 2: The Imperialist and Anti-Imperialist Responses: What was Learned in the Process?

In this episode, Sandew discusses the imperialist response to the coup in Suriname, and the conflicting emotions that the December Killings raised for him as an anti-Imperialist. Overviewing the type of anti-Imperialist responses provides a basis for the attempts at truth and reconciliation many years later. Interspersed in this conversation are observations from Arzu Merali, with experiences from various IHRC conflict resolution and unity events.

Episode 3: The Method and Modalities of Conflict Resolution in Various Cases and especially Suriname

Sandew Hira (IISR) and Arzu Merali (for IHRC) discuss how they researched and what models they used for the truth and reconciliation process in various contexts including Suriname, Indonesia, Pakistan, the UK and Malaysia using and rejecting approaches from Palestine-Israel, South Africa and Northern Ireland.

Episode 4: How can Decolonial Activists and Movements affect Change, and how does Truth & Reconciliation play a part?

Sandew Hira problematises the issue of Truth and Reconciliation and its relationship to Decolonial activism.  The four issues he covers: