Press release: Dead Saudi dissident may have been poisoned 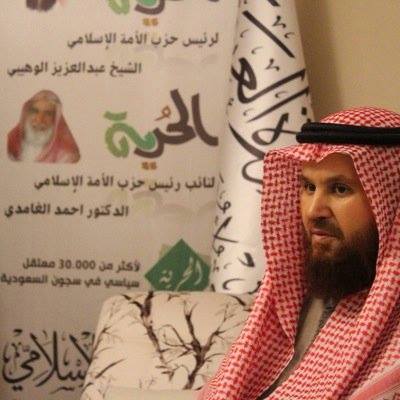 The leader of a Saudi Arabian opposition group who died yesterday may have been poisoned by the country’s intelligence officials, according to unconfirmed reports.

Muhammad ibn Sad al-Mufrih, secretary general of the banned Islamic Nation Party (Hizb al-Umma al-Islami), was laid to rest today in Turkey where he had been in exile since fleeing Saudi Arabia following the arrest of fellow party leaders in 2011.

Supporters and collegaues are reported to be awaiting the results of an autopsy to establish the exact cause of death.

In its founding document the party said it would be the kingdom’s first political party and would “partake in supporting the peaceful political reform movement.”

The party’s stated goals included greater democracy, such as direct elections of parliament and government, independence of the judiciary, and separation of executive, legislative, and judicial powers; promotion of human rights, including free speech, the right to peacefully protest, and promotion of women and civil society and Islamic values in domestic and foreign policy.

Mufrih decried the condition of Saudi Arabia as a foreign lackey whose rulers had condemned it to “decades of political oppression, political tyranny, backwardness in the economy and in development, weakness in the military and security aspects, as well as a resounding failure in all

He was inspired by the Arab Spring which he saw as the dawn of a new era in which representative governmeent would promote national unity, revival, and civilisation. In an address he posted to the internet in March 2011 al-Mufrih stated that reform was a religious and national imperative:

“Political and financial corruption in the region have reached the point at which the peoples are forbidden, by Islamic law, to remain silent. The countries in the Arab Gulf suffer from despotic rule, from monopolisation of resources, and from financial, administrative, and judicial corruption, as well as from social and class injustice. All this requires that we take the initiative of immediate reform, before it is too late.”

According to a 2011 report compiled by IHRC, there are an estimated 30,000 political prisoners in Saudi Arabia out of a population of approximately 18 million Saudi nationals. The Saudi regime does not permit political parties or human rights groups, actively censors the press, has banned political protests and is the only government in the world that forbids women from driving.

Massoud Shadjareh, chair of IHRC, who was participating in a demonstration in support of Saudi political prisoners outside the Saudi Arabian Embassy in London said: ìIt is astonishing that there is no reporting of the death of such an important opposition figure especially in the light of such grave accusations surrounding his death. IHRC urges the Turkish governmnt to carry out a complete investigation into al-Mufrih’s death”.