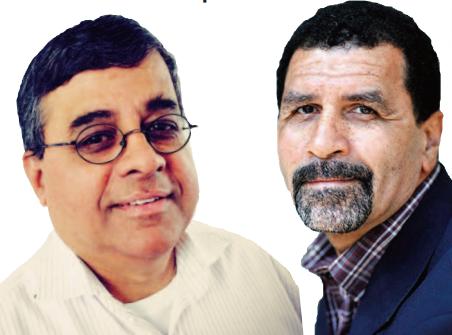 IHRC is pleased to host the launch of a new series of books which address the colonial imbalance in the production of knowledge.

The 20 books all form part of the Decolonizing the Mind project, an initiative developed by the anti-colonial organisation, Decoloniality Europe, of which IHRC is an active supporter.

The work is part of a growing body of criticism of Eurocentric sciences inside and outside the academic world which expresses itself in more than leftist critiques of ‘bourgeois science’, instead producing alternative knowledge that is rooted in the experiences of colonised people. In addition to identifying colonial influences on knowledge the project also aims to deconstruct them and replace them with indigenously inspired versions of knowledge.

According to the International Institute for Scientific Studies, the member organisation of Decoloniality Europe which is producing the book series, “The DTM framework moves forward along three lines of action: a critique of the bias in science; advocacy of alternative analyses rooted in the experiences of colonized people; and following through on the policy implications of the critique and alternative.”

Two books in the series have already been published and they will form the subject of the series launch: “20 Questions and Answers about Dutch Slavery and its Legacy”, by Stephen Small and Sandew Hira and “20 Questions and Answers about Reparations for Colonialism” by Sandew Hira. Both Stephen Small and Sandew Hira will be present at the launch in London on Saturday 11 October

Sandew Hira is an independent scholar and activist. He is director of the International Institute for Scientific Research and Stephen Small, Ph.D, is Extraordinary Professor in the Department of History at the University of Amsterdam, and Associate Professor of African American Studies at the University of California, Berkeley.

In November 2014 Hatem Bazian will publish a (theoretical) analysis of the Palestinian stuggle with the title: Palestine, … it is something colonial.

The launch will be broadcast live on www.ihrc.tv