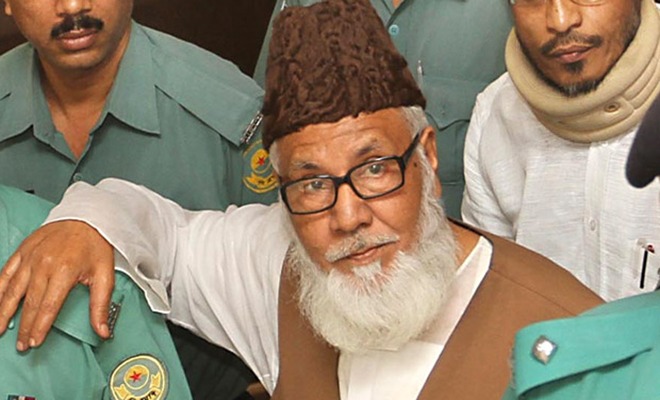 IHRC condemns in the strongest possible terms today’s sentencing to death by a Bangladeshi tribunal of Motiur Rahman Nizami, chief of Jamaat-e-Islami, after his conviction for crimes against humanity during the country’s liberation war against Pakistan in 1971.

Mr Nizami, aged 71, was tried on 16 counts of war crimes including murder, rape, looting, abetment and the massacre of Bengali intellectuals during the liberation war. He had already been convicted of smuggling arms to Assamese insurgents and sentenced to death in January this year.

Mr Nizami, who served as a highly respected member of parliament between 1991-1996, has denied the charges saying that they are politically motivated. Nizami became the second opposition leaders to be sentenced to death in what international human rights groups have universally condemnded as a withchunt by the ruling Awami League against its political rivals. Another former leader of the popular Jamaat-e-Islami party, Abdul Kader Mullah was hanged in December 2013 after being found guilty of war crimes during the 1971 conflict.