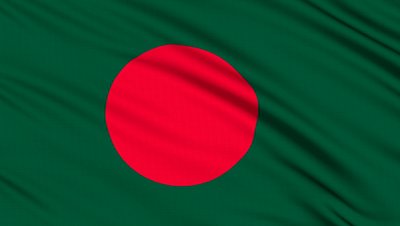 IHRC condemns today’s conviction and sentencing to death of Azharul Islam, assistant secretary general of the nation’s largest Islamist party, the Jamaat-e-Islami, by the much criticised war crimes tribunal in Bangladesh.

Azharul Islam became the 16th person and the 11th Islamist to be convicted of atrocities by the International Crimes Tribunal (ICT).

He was ordered to be “hanged by the neck” for the genocide of more than 1,200 people in the northern district of Rangpur, an atrocity the judge described as “mass murder”.

However, supporters of Islam insisted the charges were fabricated and that he was a 19 year-old student at the time of the war and not involved in any war crimes.

The International Crimes Tribunal (ICT) was set up in 2010 by the ruling Awami League to investigate atrocities carried out during the 1971 war of separation from Pakistan. It has been widely condemned for failing to meet international standards of justice and for being a tool of the ruling Awami League to cripple its political opponents. Almost the entire leadership of the Jamaat-e-Islami has been indicted for committing war crimes.

So far the government has only carried through one execution, hanging Abdul Kader Mullah in December 2013. In that case the government retrospectively changed the law to send Mullah to the gallows after an initial life imprisonment sentence had failed to satisfy popular demands.

Previous death sentences handed down against Jamaat leaders, including its supreme and spiritual leaders, plunged Bangladesh into its deadliest unrest last year triggering nationwide protests that left some 500 people dead.

IHRC reiterates its call for the international community to take all steps to pressure the Bangladeshi government to halt the executions and to promptly disband the war crimes tribunal as it has proved itself unfit for the purpose of establishing justice and is instead simply an instrument of oppression in the hands of the Awami League.