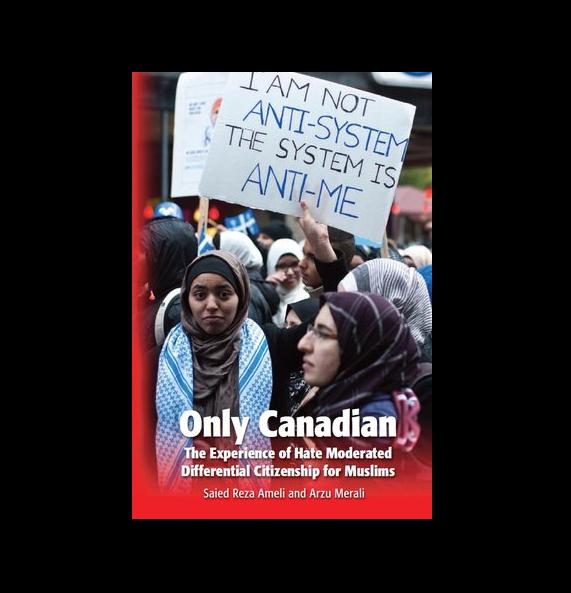 Over 9 out of 10 Canadian Muslims have seen some form of negative or insulting stereotypes of Muslims in the media. And nearly three-quarters of them have seen policies that negatively impact their community.

The results are part of a series of alarming findings published in ‘Only Canadian: The Experience of Hate Moderated Differential Citizenship for Muslims’, a new research project carried out by the IHRC. The work is the first that assesses Muslim experiences of hostility and discrimination in Canada and part of a series that has covered the UK and France.

The findings will come as a shock to a country which has historically celebrated its self-perception as a model multicultural nation. Disturbingly, the research found that Islamophobia and racism

are structurally rooted and pervasive in Canada affecting everything from everyday social interaction to education and employment.

Nearly 62% of respondents in the research survey said they have seen policies or practices at work, school or business that excluded or negatively affected Muslim people. Over a third said they had experienced job discrimination based on religion. A further 67% said they believed that Canadian politicians condone discriminatory acts against Muslims and almost as many (62%) have heard Islamophobic comments made by politicians/high-ranking officials.

The report argues that hate does not exist in a vacuum. An environment must exist so that perpetrators feel they have to act aggressively. The analysis is based on the notion of a hate environment created by hate policies and negative representations, resulting in a hated society, the hated society being Muslims and the majority being the hating society.

The report also finds that since the events of 9/11 Muslims in Canada have been subjected to an increasingly security-driven discourse and made the often innocent targets of draconian anti-terrorism legislation. Despite various avenues of legal redress being available to them, Muslims have found that the legislation that is designed to protect their rights does not work for them.

‘Only Canadian: The Experience of Hate Moderated Differential Citizenship for Muslims’ is available at

Executive summary is available at