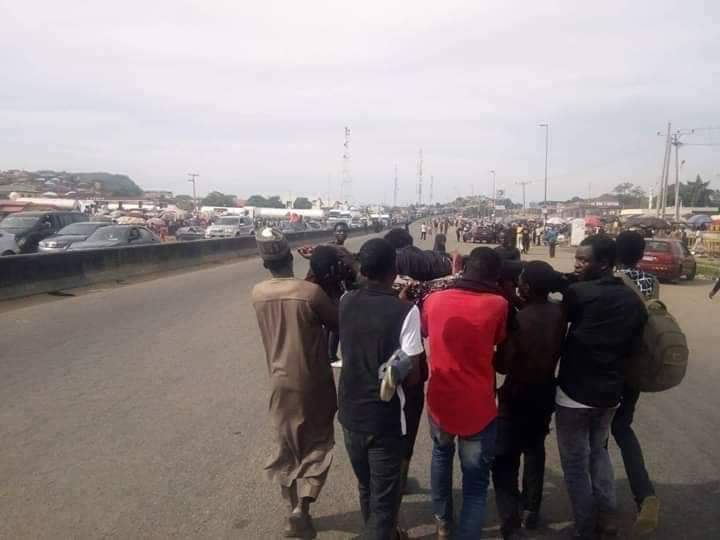 Organisers of a religious procession that has entered the Nigerian capital Abuja are warning of a potential bloodbath after they received credible information that an elite unit of the Army has been tasked with cracking down on them.

According to the Islamic Movement of Nigeria, soldiers of the Presidential Guard Brigade (PGB), an elite unit assigned to protecting the President, are being readied to attack the procession.

The PBS is being deployed under the pretext that the marchers are seeking to attack the presidential villa and kill President Buhari, notwithstanding the fact that the Islamic Movement of Nigeria has always eschewed violence and has today reiterated its commitment to peaceful expression and protest.

Fears of further violence against the marchers have risen since last Friday when at least ten people were killed after soldiers opened fire on the procession as it wound down for the day. Video and photographs show soldiers chasing participants and even shooting the injured who are lying immobile on the ground.

The Arba’een procession in Abuja is one of many that take place every year in towns and cities in Nigeria to mark 40 days after the anniversary of the killing of the Prophet Muhammad’s grandson Husayn over 1300 years ago.

Saturday’s attack appears to be a continuation of the Nigerian authorities’ crackdown on supporters of the Islamic Movement of Nigeria, many of whom commemorate the martyrdom of Husayn. Attacks on processions in recent years have resulted in scores of fatalities and injuries to innocent people exercising their freedom of worship. Only last month security forces attacked an Ashura procession in Zaria killing one man.

In a statement issued today the Islamic Movement of Nigeria accused the Nigerian authorities of massively infiltrating the procession with agents tasked to “induce violence” and create a pretext for the army to intervene.

Also in recent months the authorities have attacked and killed protestors demonstrating against the continued detention of the leader of the Islamic Movement, Sheikh Ibrahim el-Zakzaky.