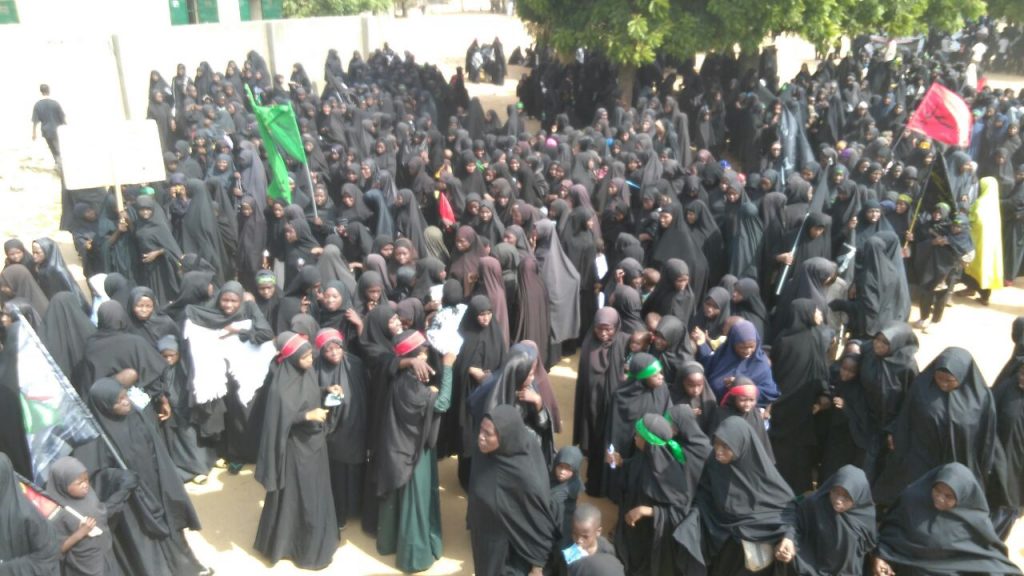 At least 13 fatalities have so far been reported after the army and police targeted Shia Muslim supporters of the Islamic Movement of Nigeria taking part in the annual processions.

Nine people were killed when security forces opened fire with live rounds on followers of the IMN taking part in a procession in Funtua in Katsina state.

Three people were reported to have been killed in Kaduna city (see photos attached), a stronghold of the IMN, where the main mosque used by its followers was also set on fire and several people arrested.

The Kadunai Markaz mosque had been surrounded by security forces since yesterday.

Reports also suggest that in Kaduna the authorities hired thugs to find and kill Shia Muslims from IMN.

Another fatality was reported in the north western state of Sokoto.

In Kano some 200 IMN followers, many of them women, were arrested.

Troops also used tear gas and live ammunition to attack the IMN centre in the city of Jos in Plateau state. Earlier people were stopped and arrested or turned back as they made their way into Jos to participate in the religious procession.

Today’s violence confirmed earlier fears that the Nigerian authorities would seek to sabotage the annual commemoration of Ashura in the country.

Annual processions took place in many cities in the majority Muslim north of Nigeria marking the martyrdom of the Prophet’s grandson in the year 680 AD.

As was feared, the new law appears to be being used as an attempt to further weaken the movement whose leader Shaikh Ibrahim Zakzaky remains under arrest. Sheikh Zakzaky was shot in last December’s attack and remains in the custody of Nigeria’s internal security services without charge.

The ban on membership of the IMN was widely interpreted as an attempt to prevent the movement’s supporters from attending ceremonies commemorating historical events in the Islamic month of Muharram.