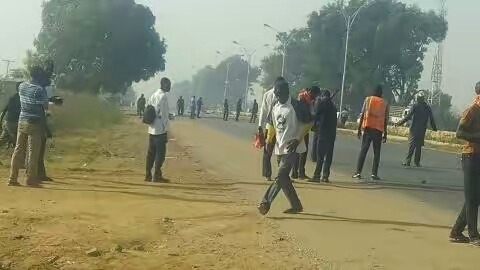 There are report of at least one fatality and many injuries after Nigerian armed forces opened fire with live ammunition at a peaceful procession making its way to an annual commemoration of Ashura in the northern city of Kano.

IHRC is extremely concerned that the military will exploit the vulnerability of the unarmed and avowedly peaceful participants to inflict further violence on them.