{jathumbnailoff}Sheikh Ibrahim el-Zakzaky was reportedly shot in the arm and his wife shot in the stomach when troops attacked their private residence yesterday. Â It is believed that they have been taken to a nearby military barracks along with some of their children.

The shootings are reported to have taken place yesterday and the wounded family members were apparently left in a smouldering and bombed out building overnight before being removed.

This is a deeply disturbing development in view of recent military atrocities committed against the group. A IHRC report into the massacre of Islamic Movement supporters taking part in an Al-Quds Day procession in July 2014 found that protestors who had been taken away by the army alive or well later showed up dead or badly injured.

Eyewitness reports and photographs show piles of bodies lying on the floor outside the Sheikh’s home, believed to be of supporters and followers who tried to prevent soldiers from attacking the house in the northern city of Zaria. Two tanks are said to have taken part in the military operation.

The assault on the Islamic Movement began on Saturday morning when soldiers opened fire at mourners attending a funeral in Zaria at Hussainiyyah Baqiyatullah. The funeral was for Muslims killed the day before in violence attributed to Boko Haram, but which many in the area claim has connections with elements of the military. Reports say approximately 30 people died in that incident.

Following that shooting spree the armed forces then fanned out to other locations associated with the Islamic Movement including the Sheikh’s home.

So far it is estimated that around 1000 civilians have been killed by the army in the space of just 48 hours.

We believe there is no truth to official Nigerian claims that the Islamic Movement had reportedly fired on and stopped the convoy of the Nigeriaís Chief of Army Staff, Lieutenant General Tukur Yusuf Buratai moving through the area. This appears to be an attempt to spin what is essentially an ongoing attempt to snuff out Zakzaky and his movement. Last year three sons of the Sheikh were targeted and killed by armed forces during and after an Al-Quds Day march in Zaria.

According to eyewitnesses who have spoken with IHRC, the army attacks are too well organised and planned to be a response to a threat to the general. Photographs from the scene show soldiers kneeling down in a field and firing at protestors in a way that suggests they were not under attack in any way.

The Islamic Movement has mass support across Nigeria and is renowned as a peaceful group that has never been implicated in any violence. It is strongly opposed to Boko Haram.

The attached photos show dead bodies lying in the vicinity of Sheikh Ibrahim el-Zakzaky’s home and are disturbing. 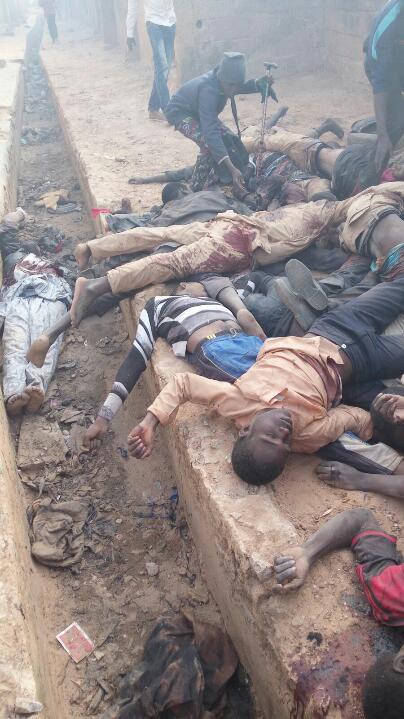 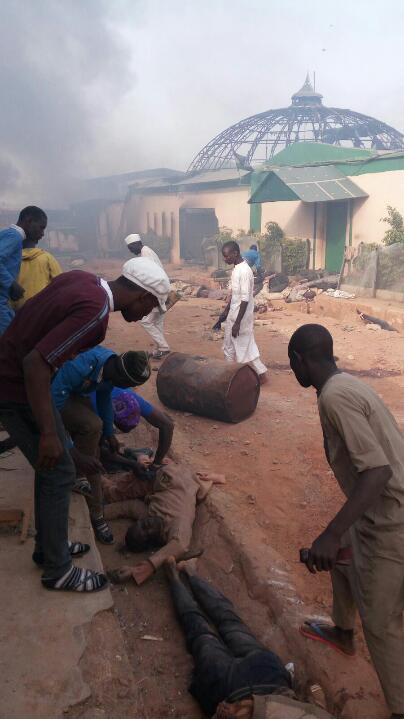