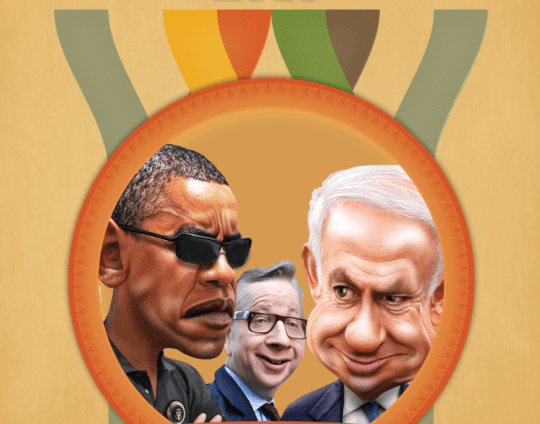 Islamic Human Rights Commission have announced the nominees for the Islamophobia Awards 2015. Centred around a gala dinner, the event aims to subvert Islamophobia through comedy and revue while simultaneously addressing a serious and significant issue in a creative manner.

This year the awards have been split into four separate categories: UK, International, News Media and Film/Book/TV Series. Nominees were submitted by the general public who had the chance to write in whomever they felt had displayed prominent cases of Islamophobia. The ‘UK’ category sees the likes of David Cameron, Michael Gove and Theresa May as well as the UK government as a whole. Likely contributing factors for each nomination include Gove’s handling of Operation Trojan Horse and May’s enhanced counter-terrorism measures.

The ‘International’ category is not limited in terms of scope; seeing nominees from the USA, France, Germany and Australia. From high-ranking figures such as Angela Merkel to Mayor Marcel Mortreau in France who decided that Muslim pupils at a local school would not be given an alternative meal to pork. ‘News Media’ features both individuals and institutions: FOX News and The Sun received nominations as did columnist Katie Hopkins who famously referred to Palestinians as ‘filthy rodents burrowing beneath Israel.’ A host of films received nominations with popular television series Homeland and Citizen Khan also obtaining honours.

Winners will be highlighted during the spoof awards ceremony which will be taking place on Saturday, 7 March 2015 at the Holiday Inn in Wembley. The evening will also include a performance from acclaimed comedian Aamer Rahman who was named as one of The Guardian’s top 10 comedy shows of 2014. He has performed at the Sydney Opera House and was one of the recipients of the Melbourne International Comedy Festival Best Newcomer Award.

Arab Winter Comes to America: The Truth About the War We’re In by Robert Spencer – Book

General public can vote for who wins here: https://ihrc.org.uk/events/11229-islamophobia-awards-2015-vote-now