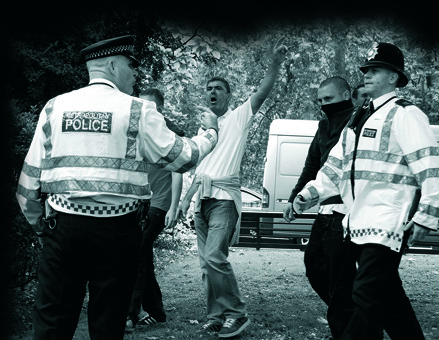 The report, published last Thursday 21 July, also found that Muslims still see the media as a deeply problematic factor, often citing it as a direct contributor and cause of hate crime.

The report is the first of two outlining the results of a test survey undertaken last year featuring both quantitative and qualitative questions.  The second report, which looks at the results from the pilot project in France will be published later this year.

The project aims to provide statistics on the experience of hate crime based on the experiences of a sample of the minority population under study.  The reports will run every year in different country with the aim of repetition in key countries every two years.  IHRC is working with a number of partner organisations to undertake this project.

•    Defining what is meant by the term ‘hate crime’
•    Categorisation of different types of prejudice
•    Backgrounds of perpetrators and victims of hate crimes and factors which increase hatred
•    Impacts of hate crimes on individuals, the community and the broader threat to society
•    Hate crime legislation, its functionality and the challenges it faces
•    The specific case of Muslims in Britain and the hate crimes they face