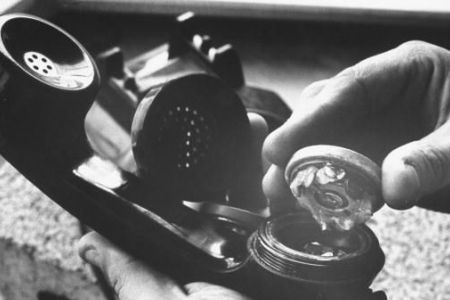 IHRC notes with concern revelations in the Turkish media that thousands of leading figures in the country were the subject of concerted illegal wiretapping for a period of several years enabling opponents to eavesdrop on their conversations.

According to the reports, the snooping, which involved thousands of prominent public figures including the Prime Minister Raccip Tayyip Erdogan, was part of a plot hatched by political rivals to undermine the country’s democratically-elected Islamist government. The daily Yeni Safak reported that up to 3,064 people have been wiretapped while another newspaper, The Star, alleged that the real number is closer to 7,000. In an official statement the chief prosecutor of Istanbul said police have so far discovered wiretaps on 2280 people harking back to 2011, and that he expects this number to increase.

The plot is believed to have been the brainchild of the country’s Gulen movement led by the influential exiled cleric, Fethullah G¸len. The aim of the plot was to eradicate all potential obstacles standing in the way of the Gulen movement’s ambitions to seize power. The plot also bore the hallmarks of Israeli involvement since most of the targets of the wiretapping were anti-Zionist activists, scholars, and community leaders.

Gulen’s supporters in Turkey, many of whom occupy key judicial and adminstrative offices, were behind the arrests last December of 52 individuals linked to the ruling AKP on suspicion of offences relating to corruption, a move which led PM Erdogan to retaliate by carrying out a mass purge of the police and judiciary.

A previous Turkish government accused Gulen of trying to overthrow the state.  He fled Turkey for the United States where he received fast track admission as a resident alien.  When his residency status was threatened, key figures in the US intelligence community served as character witnesses at his immigration hearing. According to a former Turkish intelligence official, Gulen’s central Asian schools were also used by the CIA in Central Asia to house US intelligence operatives in the 1990s.

Erdogan is certainly not flavour of the month in Washington. Having already invoked the ire of the US administration for his harsh criticism of Israeli policies in Gaza, he has not concealed his indignation at the US decision not to intervene militarily in neighbouring Syria and has also supported the ousted Muslim Brotherhood in Egypt.

The eavesdropping on senior government figures and their supporters has exposed what appears to be a concerted campaign by the US-supported Gulen movement to throw Turkey off its recent trajectory of political reform and economic progress. Under Erdogan’s ruling AKP, the country has managed to shake off the shackles of the powerful military, institute a robust and genuinely democratic system of governance, and raise the living standards of the population.

IHRC chair Massoud Shadjareh said: “To have a secret state within a state operating to undermine the legitimate democratic government of Turkey and civil society organisations is a very dangerous development. If it isn’t effectively removed, it could easily drag the country back to its dark past.”