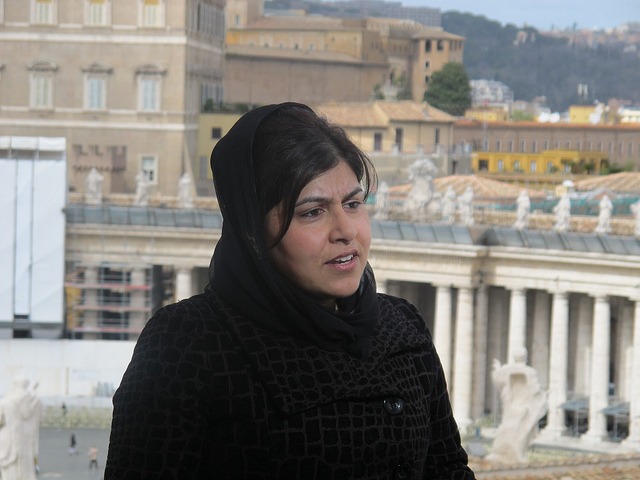 IHRC welcomes the decision today of cabinet minister Baroness Warsi to resign from her post over what she says is the unconscionable stand of the British government on the Israeli onslaught against Gaza.

Announcing her resignation on Twitter. the Foreign Office minister said she could no longer support Britain’s “morally indefensible” approach and language over the carnage in Gaza.

Nearly 2000 Palestinians, the vast majority of them civilians, have been killed and around 10,000 wounded in Israel’s month-long invasion of Gaza designed to weaken and dislodge the territory’s democratically elected Hamas-dominated government.

In the offensive Israel has bombed UN shelters housing refugees from the conflict on several occasions, targeted children, and blown up mosques and schools, attracting massive public condemnation worldwide. However, western governments including Britain have been more reluctant to condemn Israel and it is this which appears to underlie Baroness Warsi’s decision.

While the impact of a single cabinet resignation will be mainly symbolic it will nevertheless increase the pressure on the government to change tack on its Palestine policy. At the weekend the Foreign Secretary Philip Hammond admitted that he had received thousands of angry emails from people expressing their horror at Israeli actions.

IHRC agrees with Baroness Warsi in believing that current British policy “is not in Britain’s national interest and will have a long term detrimental impact on our reputation internationally and domestically”.

IHRC chair Massoud Shadjareh said: “We applaud this unchracteristically courageous move from Baroness Warsi. I’m sure there are others in the cabinet who are watching the horrific images coming out of Gaza and feeling the same pangs from their consciences. We would call on them to translate those emotions into policies that will stop repeated Israeli aggression and pressure its leadership into restoring to the Palestinian people their lands and inalienable rights.”