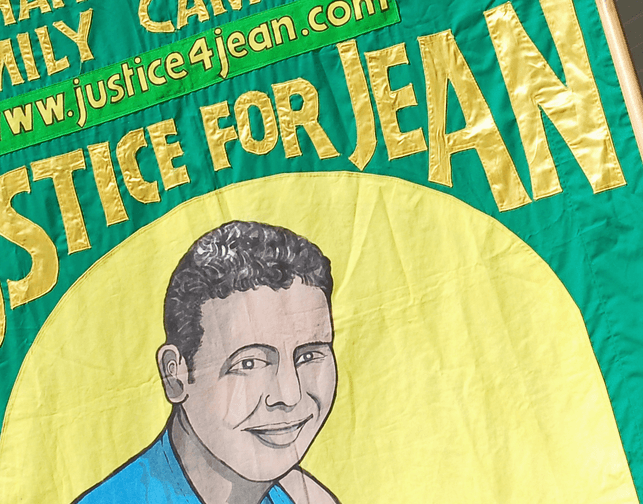 The tenth anniversary of the fatal shooting of Brazilian electrician Jean Charles De Menezes will pass today amid fading hope that annyone will ever be brought to justice over his death.

De Menezes was killed in an execution-style shooting at a London Tube station by police who mistook him for Hussain Osman, a suspect in the previous day’s failed bombing attempts on the London transport network.

Implementing a shoot to kill policy the officers shot De Menezes seven times in the head and once in the shoulder without warning, according to eye witnesses who were riding in the same Tube carriage as the victim. An official inquest into the incident in 2008 returned an open verdict after the coroner refused to allow the jury to consider an verdict of unlawful killing.

The Crown Prosecution Service later reconsidered the case and concluded there was not enough evidence to bring criminal charges against the two elite firearms officers who shot De Menezes.

That none of the officers have been brought to book over the incident speaks volumes about the authorities’ attitude to justice and restitution, and their historical propensity to close ranks to defend their own. It also speaks to a continuing disregard of human life in cases involving minority ethnic and Muslim suspects.

Last year an inquiry by the Independent Police Complaints Commission cleared armed officers of any wrongdoing in the 2011 killing of Mark Duggan in an incident which set off the worst civil unrest in Britain since the 1980s. The decision came despite the IPCC finding that Duggan was not carrying a gun at the time he was shot and therefore could not have posed an imminent threat.

IHRC chair Massoud Shadjareh said: “There needs to be accountability for the heinous act from the officers who shot him, to the commander who ordered it, to those who sanctioned a shoot to kill policy. The fact that nothing has been done simply shows how embedded the idea that non-white life is less worthy is in our institutions.”