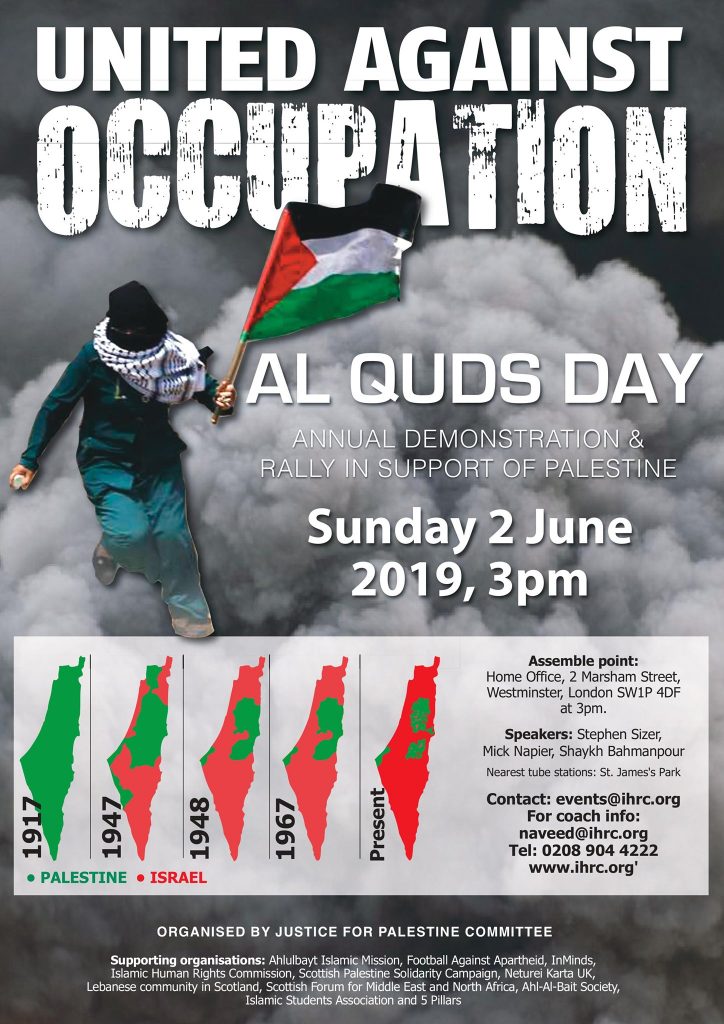 Kachauda has a history of violence against pro-Palestine activists and openly supports and claims membership of the violent Jewish Defence League which is proscribed as a terrorist organisation in the US.

IHRC had written to the Home Secretary in September 2018 in respect of the first threat made by Kachauda but failed to receive a reply.

IHRC chair said “That the authorities have so far ignored all the clear evidence of threats of violence just highlights the double standard they apply to the security of pro-Palestine demonstrators. It is as if their safety and lives matter less than others.”

The Al-Quds Day protest will take place in London on 2 June.