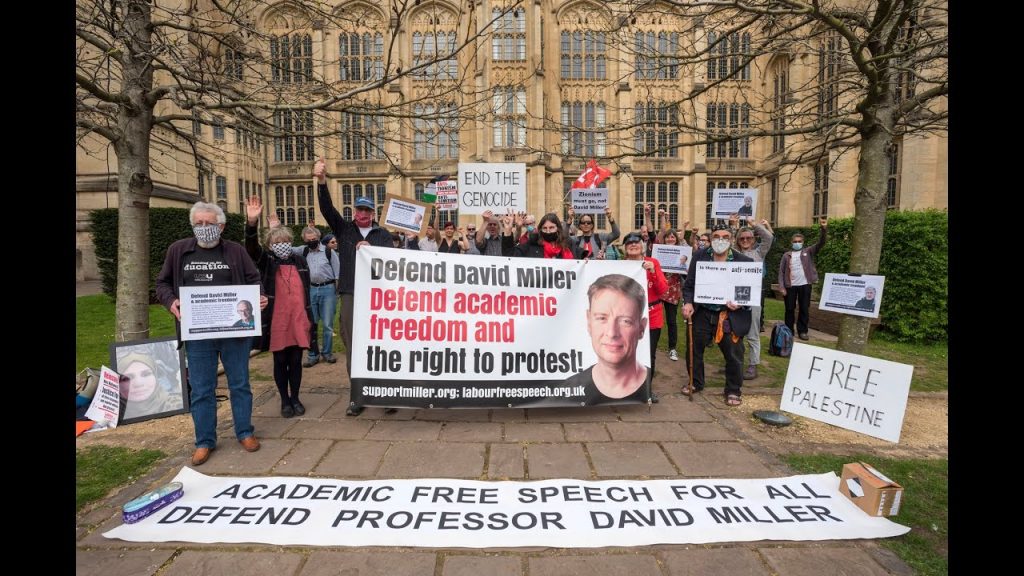 Civil society organisations and activists in the UK and overseas are threatening to organise a mass boycott of Bristol University unless it reverses its dismissal of a professor for his outspokenly critical stance on Israel.

In a letter sent to the university today, they accuse the university of caving in to the demands of the pro-Israel lobby and violating the freedom of speech that is necessary to intellectual enquiry.

In doing so, they say, the university is no longer a safe space for students and staff.

Prof Miller, who was professor of political sociology and a member of the School for Policy Studies, was sacked last month after a concerted campaign by pro-Israel campaigners to have him removed from his post on spurious allegations of anti-Semitism.

Despite being completely cleared of the anti-Semitism charges, the university fired him nevertheless, simply saying his conduct had fallen below the standards expected from its staff.

A trenchant critic of Israeli apartheid and brutality, Prof Miller has a history of impeccable research in the areas of Zionism and Palestine. Recently, he identified Zionism as being one of “five pillars” of Islamophobia designed to discredit the Palestinian cause by painting it as extremist. Prof Miller is the latest academic to be targeted by the pro-Israel lobby which has increasingly weaponised anti-Semitism to silence its opponents.

The letter, which is signed by a broad range of organisations and activists from the UK and abroad, serves notice on Bristol University that unless it reconsiders its decision, they will bring “the full force of civil society and public opinion to bear on your institution for as long as it takes to redress this injustice”, including persuading academics and students that the university cannot be relied upon to guarantee their right to freedom of expression.

It goes on to state that the decision to censure Prof. Miller over his political views expressed outside his employment sets a chilling precedent for all students at the Bristol, particularly Muslims and Arabs who are critical of Israel.