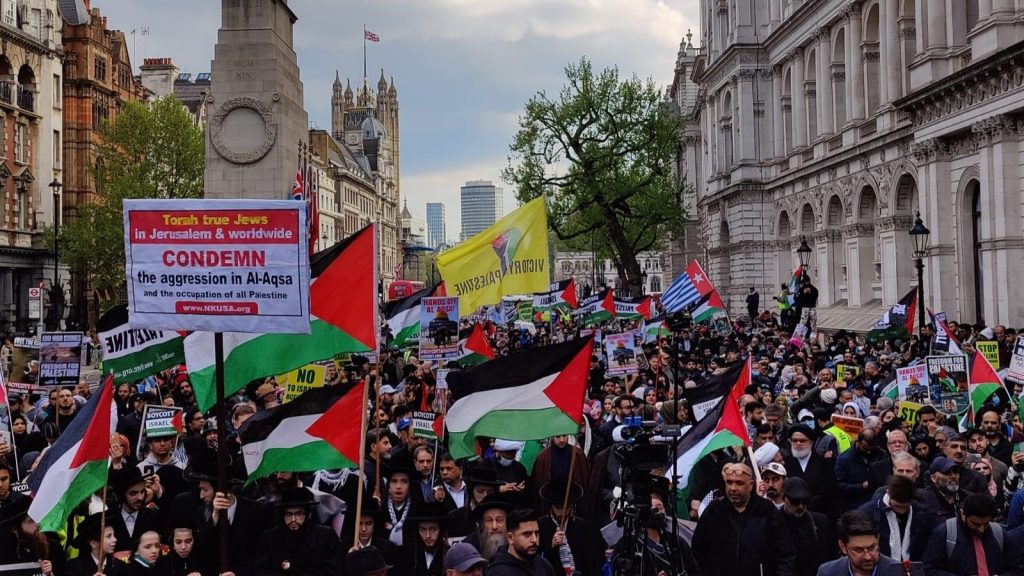 Building on the momentum of last Sunday’s successful Al-Quds Day demonstration for Palestine, IHRC is to take an open top bus around the streets of the capital to continue to raise awareness of the apartheid system in Israel.

The vehicle will carry anti-apartheid campaigners comprising inter-faith groups and Muslim, Jewish and Christian community leaders and convey messages highlighting the nature of the racist regime.

It will be augmented by a mobile ad van displaying moving signs that will drive around London in a bid to make people reflect on the plight of Palestinians.

The latest activities are part of IHRC’s Fly the Flag campaign in which supporters of justice for Palestinians are encouraged to display the Palestinian flag in visible places.

Around 6,000 people turned out for last Sunday’s demonstration to march through central London en route to Downing Street where they heard rousing speeches from pro-Palestinian activists.

One of the main attractions of the Al-Quds Day march has always been its inclusiveness and again this year demonstrators were made up of people from all walks of life including Jews, Christians and Muslims. And as ever the event also attracted many women and children.

The event passed off peacefully despite attempts ahead of the demonstration by pro-Israeli activists to whip up hate against participants. Only 13 Zionists heeded the call for a counter demonstration.