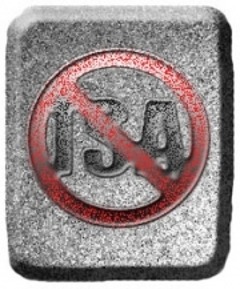 Gerakan Mansuhkan ISA (GMI) and Suara Rakyat Malaysia (SUARAM) condemn the decision by the Home Minister to extradite the nine Internal Security Act (ISA) detainees to their countries without any explanation to their family members and people of Malaysia. The nine detainees are among those detainees who have been detained currently under the draconian ISA. They were arrested under the ISA on Thursday, 21st January 2010 at Sungai Cincin, Gombak when they were attending an informal religious class at Sungai Cincin. They were allegedly  linked to international terrorist organisation.

GMI and Suaram also strongly condemn the new arrest and also deportation of these detainees. We also learned that until today the detainees have not been allowed for legal access. We urged the police and the government to allow the detainees for legal assistance and immediately stop their planning to deport them.

GMI and Suaram values security of the country and does not condone any terrorist activities, but one’s entitlement to a fair trial should not be deprived on any basis. If the government has evidence against the suspects, we urge the government to charge them in an open court, in accordance with their right to defend themselves, the right to legal counsel and the right to a fair trial. Otherwise, they should be released without any delay and unconditionally.

We call up on the government to take the necessary steps to effectively repeal the law in order to respect fundamental rights and freedoms. Abolish the draconian ISA which  allows and provides for arbitrary arrest and detention without trial for an indefinite period now!.