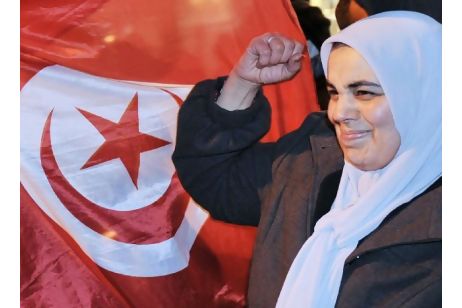 Citizens International welcomes the Tunisian people’s revolution that toppled the dictatorial regime of President Zine al-Abidine Ben Ali. We salute the courage of the Tunisians, many of them youths, who were not afraid to face the tanks and bullets of the security forces. We express our deepest condolences to the families of those brave ones who sacrificed their lives in the cause of freedom and justice.

The Tunisian revolution will be a great inspiration to those who are suffering under despotic and dictatorial Arab and Muslim regimes.  It signals the awakening of the Arab and Muslim masses and the beginning of the end of the client states of the United States and France.

There was no condemnation from the United States when peaceful protesters were being shot and killed by the security forces. Secretary of State Hilary Clinton’s response was: “We can’t take sides.”  Only after Ben Ali had fled did President Obama condemn the violence used against peaceful protesters and applaud the courage and dignity of the Tunisian people.

For 23 years the United States and France had supported one of the most repressive regimes led by Predident Ben Ali. Political opponents, human rights defenders, and independent journalists were imprisoned and tortured. Islamic politicians were particularly targeted. Women wearing hijab were discriminated and persecuted. Media including internet was censored. The U.S and France, the self-proclaimed champions of human rights, were blind to Ben Ali’s blatant human rights abuses.

The Tunisian revolution has only just begun and will not be complete until the repressive state apparatus of the Ben Ali regime is totally dismantled. The Tunisian people do not want one client of the Western powers replaced by another. They want genuine change that will restore sovereignty to Tunisia and usher in freedom, independence and justice for all Tunisians.

The Tunisian revolutionaries must realise that France and the U.S must have many supporters in the government, police, military, judiciary, media, NGOs and business groups. These imperialist powers must be busy plotting how to ensure that political power is transferred to the men and women who will serve their neo-colonial anti-Islamic agenda. Let not Tunisia suffer the same fate as Algeria where the military, with the help of the U.S and France, killed the democratic process after FIS won the elections.

We call on all progressive governments and democratic forces to support the Tunisian revolution and to help to  thwart any attempt by the U.S  and France to suppress the revolution and install a client regime in place of the Ben Ali government.