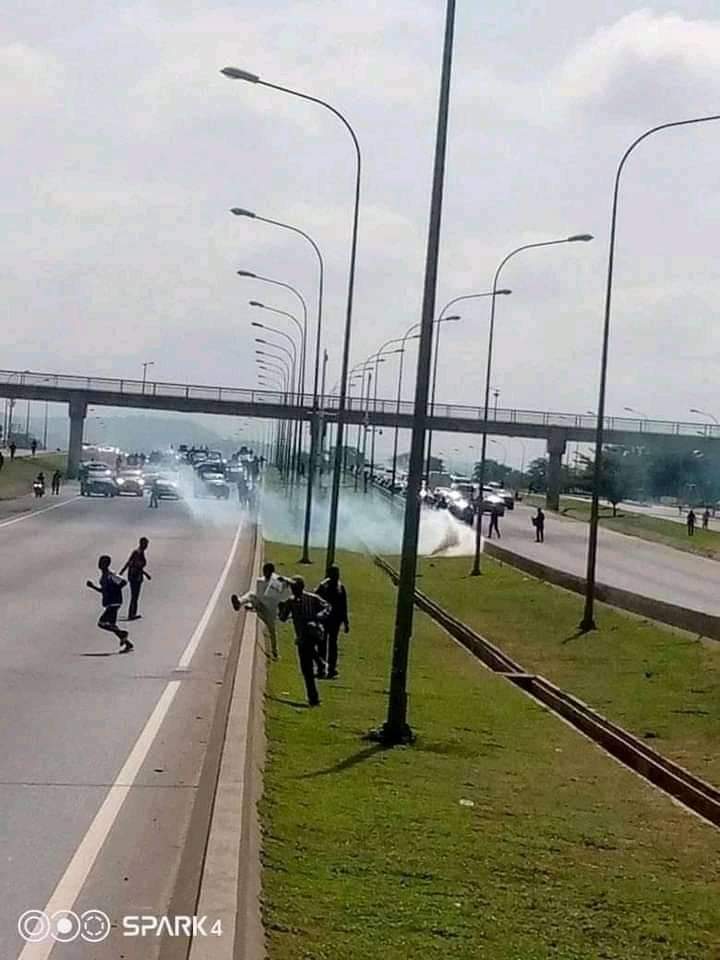 Eight people are now confirmed dead and many more injured after the attack by police on the peaceful procession in the capital, Abuja.

Police opened fire at the crowd as they were dispersing at the end of the annual commemoration by Shia Muslims to mark the 40th day of Ashura.

According to eyewitness reports, police flogged, stabbed and teargassed the participants.

Approximately 60 people were arrested, most of them women.

Arbaeen and Ashura processions have taken place throughout Nigeria for 40 years but in recent times have faced brutal attacks as the government has cracked down on the Islamic Movement of Nigeria and its leadership which organises the marches.

The Islamic Movement’s leader, Sheikh Ibrahim el-Zakzaky, and his wife were recently released after being illegally detained for five years by Nigerian authorities as part of a witch hunt against the movement which has cost well over a thousand lives.