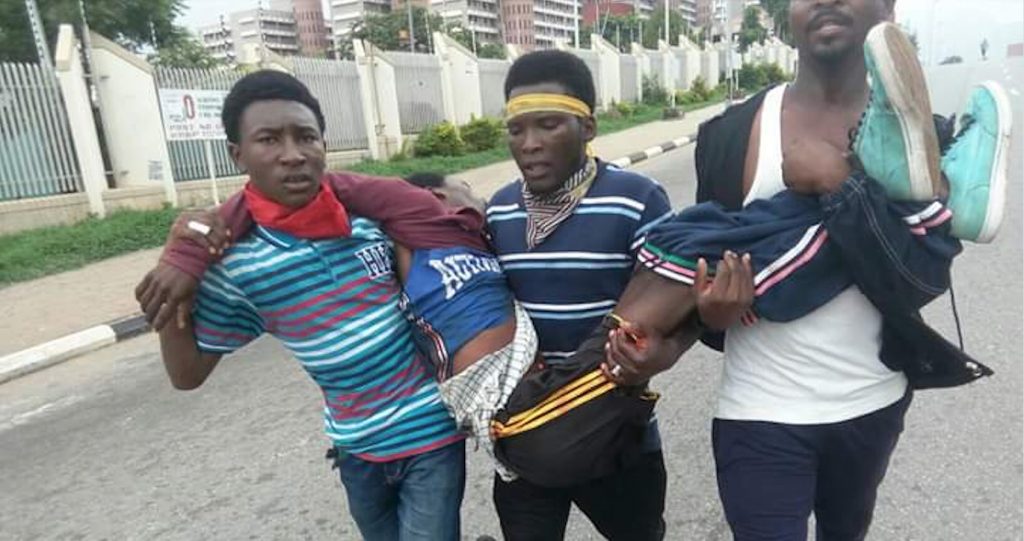 IHRC welcomes today’s decision by the Federal High Court in Nigeria to award compensation to the families of four men gunned down by police in Abuja last year as they protested the continued detention of a detained political leader.

Suleiman Shehu, Mahdi Musa, Bilyaminu Abubakar Faska and Askari Hassan were killed by security forces on July 22, 2019 while they marched in the capital to demand the freedom of the head of the Islamic Movement of Nigeria, Sheikh Ibrahim el-Zakzaky and his wife.

In his judgement Justice Taiwo Taiwo ordered the police to pay each of the victims’ families 5,000,000 Naira ($13,000) and also ordered the National Hospital, Abuja, to immediately release the bodies of Suleiman Shehu, Mahdi Musa and Bilyaminu Abubakar Faska. The bodies had been transferred to the hospital’s morgue at the request of the police.

The decision marks an important symbolic victory for the Islamic Movement of Nigeria in that it absolves the movement of accusations by the authorities that it is a terrorist movement and that its peacefully protesting supporters were engaged in criminal activity. It is an official acknowledgement that the victims were innocent and killed unlawfully. At the same time, while not going as far as to hold police criminally culpable, it is an indictment of a police force that is widely accused of being out of control and above the law.

A separate case involving four more victims who were taken away by police and died in custody is due to be heard on 4 July.

Sheikh Zakzaky and his wife Zeenah were detained in the massacre of over 1000 civilians by Nigerian armed forces in the city of Zaria in 2015. They have been in custody ever since despite a court order ordering their release.

The frequent protests demanding their release have often been met with lethal force by the authorities who have made no secret of their wish to crush the Islamic Movement.