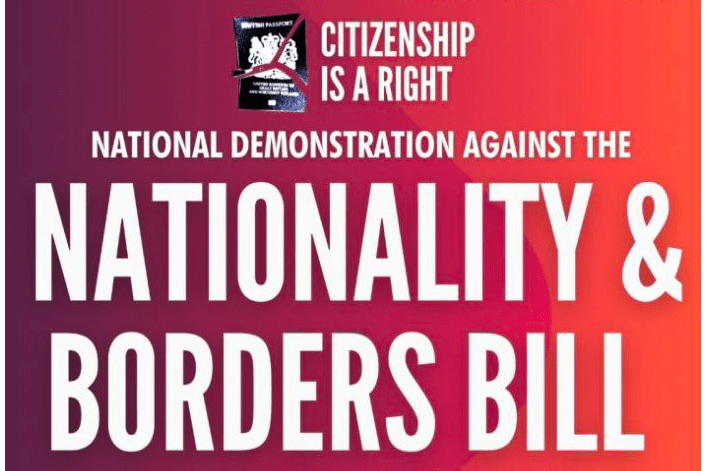 The former leader of the Labour Party, Jeremy Corbyn, will be among a prominent and diverse line-up of speakers addressing a national protest against the government’s plans to introduce legislation designed to make easier the stripping of nationality from those with foreign ancestry.

Dubbed the ‘Citizenship Bill’, the Nationality and Borders Bill which is currently passing through Parliament, gives the Home Secretary the right to strip Britons with foreign ancestry of their nationality without notice.

Approximately six million people in Britain – those born overseas or who have a parent born abroad – could be affected if the law comes into force.

The Bill seeks to give the Secretary of State what opponents have called an “excessive, ill-defined and unconstitutional power” to make a deprivation order without notice and with fewer safeguards for those it targets. There is no test or clear definition for exercise of the proposed powers. The Home Secretary is judge, jury and executioner.

Among the other speakers are Lee Jasper a civil rights campaigner, Mike Cashman of Jewish Voice for Labour, Zita Holbourne of BARAC UK and Massoud Shadjareh of the Islamic Human Rights Commission.

More politicians, trades union activists and representatives of the organising coalition are also due to address the protestors.

The demonstration is supported by the following civil society organisations: