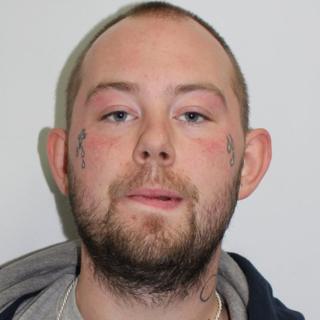 This is a forwarded press release

In the early hours of this morning, John Tomlin, the alleged perpetrator of an acid attack on Resham Khan and Jameel Muhktar, was charged with grievous bodily harm (GBH).

Rob Ferguson, convenor of Newham Stand Up to Racism said:

“The fact that the CPS has charged John Tomlin with GBH, with no reference to a racially aggravated attack, is causing shock and anger amongst Muslim and non-Muslim communities in Newham and beyond. We are receiving many enraged and distressed messages from across Newham and London.”

“In the view of many, this would have been immediately deemed a “terror attack” if the perpetrator had been a Muslim attacking non-Muslims.”

Last Wednesday, 300 people, Muslim and non-Muslim, stood united in a peaceful solidarity vigil for Rashem and Jameel and victims of hate crime. Yet, since then, a mosque in Forest Gate has received bomb threats, along with at least two other London mosques. We have received reports of more racially motivated attacks and anti-Muslim hate crimes in our borough.

Maz Saleem is an anti-racist campaigner and daughter of the late Mohammed Saleem, murdered in a far-right terror attack in Birmingham in 2013. In a statement she said:

“We do not want our community to be fearful. However, confidence will only be built if rising anti-Muslim hate-crime and Islamophobic rhetoric from commentators, politicians and sections of the media are confronted and exposed.”

Newham Stand Up to Racism believes the manner in which the police and CPS have handled hate crime in Newham has serious consequences for the Newham community:

– After the attack, it took over a week before the police conceded to public pressure and agreed to treat this as a racially motivated crime.

– This failure has now been reinforced by the announcement of charges of GBH with intent against John Tomlin, without reference to racial motivation or a terror attack.

– This sends a message that attacks will not be treated with the level of response they deserve. This reinforces lack of trust and under-reporting, and risks giving perpetrators confidence to commit further, possibly more violent offences.

– Finally, it reinforces community fears, especially amongst Muslim women, that they are unsafe and vulnerable to attack.

We therefore call on the police and CPS to treat racially motivated hate crime and terror attacks against Muslim communities as such, and to respond accordingly.