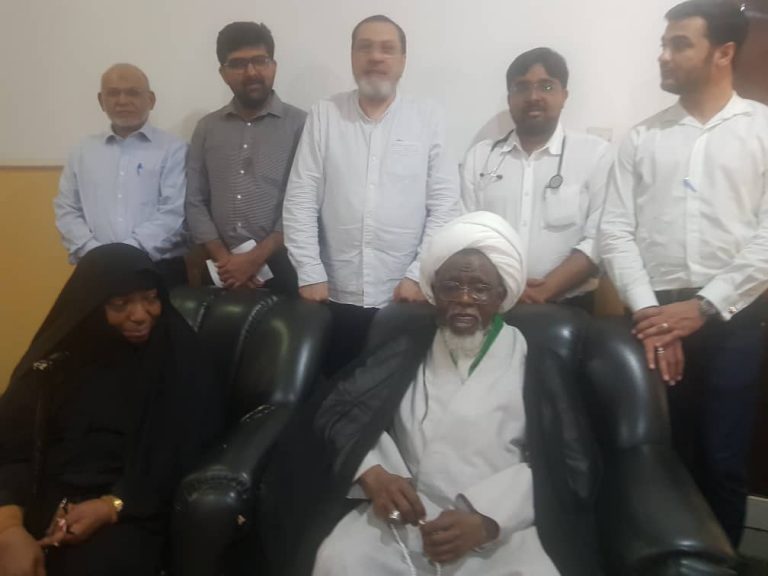 The medical team said that despite his injuries Sheikh Zakzaky’s morale remains high and he is confident that Allah’s justice will prevail.

IHRC chair Massoud Shadjareh who led the medical delegation said: “This visit is testimony to the persistence of the sheikh’s many supporters around the world. And despite the fact that it happened only as a result of a court order it nevertheless presents an opportunity for the Nigerian government to make this a win win for all concerned. At the same time as letting the couple fly abroad they can also do the right thing in executing the federal court order from 2016 and release both of them from illegal detention.”