Mladic on trial for genocide but demonisation of Muslims continues 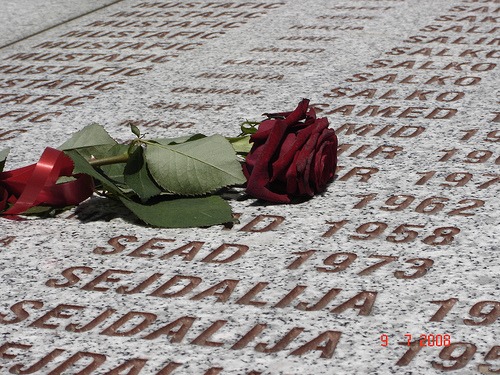 The Islamic Human Rights Commission welcomes the trial at the Hague of Bosnian Serb warlord, Ratko Mladic, but feels that the demonisation of Muslims in Europe could lead to another genocide.  This year will mark 20 years since the start of the war that resulted in 100,000 deaths.

Mladic will stand trial today (Wednesday 16th May) for the murder of 8,000 Muslims at Srebrenica carried out by his forces during the Bosnian war. The genocide took place in a UN protected ‘safe-area’ when UN Dutch forces and the international community abandoned the Bosnians Muslims leaving their fate to the Bosnian Serbs that had besieged their town.  Bosnian Muslims paid with their lives.  8,000 men and boys were massacred at Srebrenica.

Every year bodies are exhumed from mass graves and given a proper burial after being identified.  17 years after the Srebrenica massacre some families have yet to lay loved family members to rest.

Before the war, Bosnian Muslims numbered 40,000 around 80% of Srebrenica’s population.  Today it is around 3,000.  A harsh reflection of the genocide that took place in Bosnia.

Chair of the Islamic Human Rights commission, Massoud Shadjareh said “We have seen an increase in Islamaphobia, throughout Europe, this only shows that Europe has not learnt lessons from the Holocaust committed by the Nazis and the Genocide perpetrated against the Muslims.”