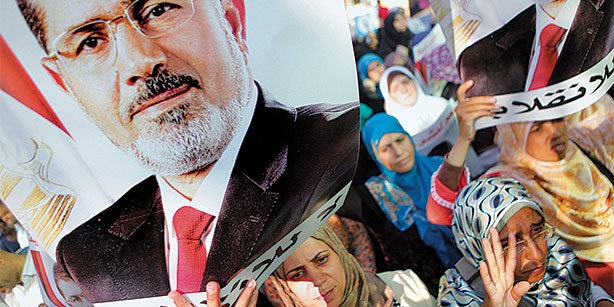 The death in court yesterday of the former Egyptian president Mohammed Morsi casts a dark pall over the West and its allies, exposing the callous hypocrisy in their total abandonment of the aspirations of the Egyptian people.

That Morsi should meet his end in a kangaroo court at the hands of a military dictatorship which stole a revolution and an election victory from the people is a fitting metaphor for the state of repression and fear to which the country has reverted.

Since he was toppled by the military in 2013, Morsi was kept in conditions that a British panel of parliamentarians and lawyers described last year as degrading and inhuman and which could make the Egyptian president Abdel Fattah el-Sisi liable for prosecution for the crime of torture under international law.

In a finding that now seems prescient, the panel found the consequences of the poor level of care afforded to Morsi, who suffered from a variety of ailments including diabetes and deteriorating liver and kidney function, were “likely to be rapid deterioration of his long term conditions, which is likely to lead to a premature death”.

As Egypt’s first and to date only popularly elected leader his death under these circumstances will simply serve to nourish the aspirations of freedom-loving Egyptians and incubate more hostility to the Western and Gulf monarchy backed military regime.