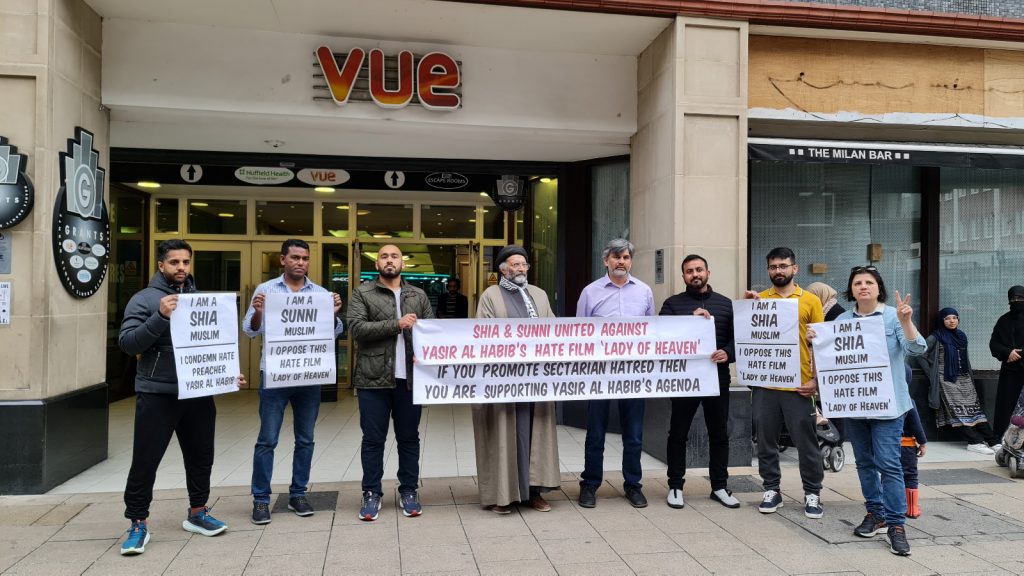 Muslims in Britain should unite in opposition to the controversial film Lady of Heaven, currently playing in cinemas up and down the country.

With its derogatory portrayal of eminent Muslim personages in early Islamic history including the Prophet Muhammad’s wives, the film represents a blatant provocation and brazen attempt to sow discord and division in the House of Islam.

The film’s writer, Yasir al-Habib, is a well-known hatemonger who was imprisoned in Kuwait for pushing hate-filled sectarian narratives.

His views and activities have been condemned by Sunnis and Shias alike who have also questioned the sources of his funding and support.

As early as last January, Shia scholars in the UK came out against the film saying anything that “causes friction and disunity between Muslims” is not representative of their beliefs.

IHRC condemns the motives of Cineworld Group in giving a notorious hate preacher a platform to sow discord. Given the strength of feeling aganst it in Muslim communities, the criminal background of the writer and the pernicious intent of the film, the company should never have agreed to screen it.

In addition to boycotting the film Muslims should seize this opportunity to come together and put up a united front to demonstrate our unity in the face of this effort to foment division.